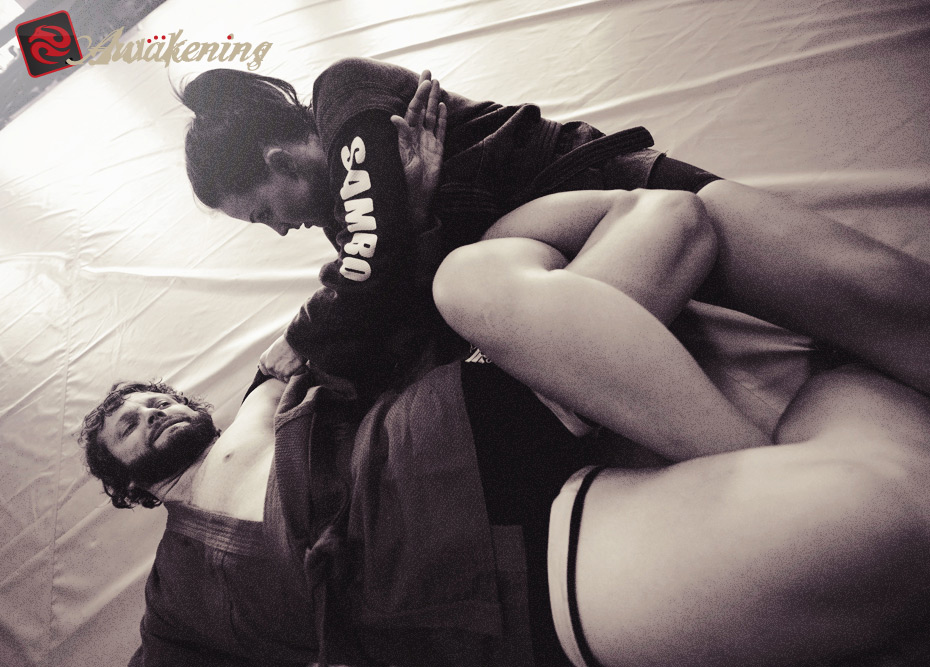 Sambo is a Russian martial art that makes use of combined martial arts skills such as Judo and Jujutsu. The development of Sambo was made possible by Vasili Oschepkov and Victor Spiridonov, who were part of the team that strengthened the hand-to-hand combat style of the Russian soldiers. The team was later joined by Anatoly Kharlampiev and I.V. Vasiliev. The philosophy of Sambo was “to leave no room for mercy,” and such philosophy was a product of Russian Army’s defeat over the Japanese warriors.

The meaning of the term “Sambo” depends on how and where it is used. In some parts of Europe, “sam” means "together" and “bo” means “live” and therefore “sambo” can mean “to live together.” In Russia, the term “sambo” is used to refer to their traditional martial art. It is a shortened term for “samooborona bez oruzhiya” that literally translates to “defending oneself without weapon.”

The foundation of Sambo can be attributed to Vasili Oschepkov and Victor Spiridonov, who exerted independent efforts in developing Russian martial art by combining the techniques of Jujutsu, Judo, and other forms of self-defence into their country’s own Wrestling styles.

While he was in Japan, Vasili Oschepkov learned the art of Judo. He was one of the very first non-Japanese to master the techniques of the martial art of Judo. He was under the supervision of Kano Jigoro, the Father of Judo himself, and earned his nidan, or second degree black belt, from him. Oschepkov was very influential in the Red Army forces at the Central Red Army House, as he was the one who taught the armed forces Judo and Karate
Karate.

Victor Spiridonov, on the other hand, was a part of the Russian Czarists Army and served as a low-ranking commissioned infantry officer. He took part in the Russian-Japanese war in 1905 and was in the Russian army when WWII happened. He perfected the tactics of “military-applied gymnastics” which pertained to the physical skills that Russian soldier should have. He is believed to have proficiency in bayonet techniques and to have self-studied the art of Jujitsu.

In 1923, Oschepkov and Spiridinov started a collaboration in order to develop and improve the Red Army's hand-to-hand combat system. Ten years later, together with prominent personalities such as Anatoly Kharlampiev and I. V. Vasiliev, who also toured in different countries to learn different martial arts, this collaboration gave birth to a Russian martial art known as Sambo. However, due to the political position Anatoly Kharlampiev held, he was regarded as the Father of Sambo.

Because the art of Sambo graced the 1980 Summer Olympics in Moscow, many regarded it as a mere demonstrated sport. However, despite the USSR All-Union Sports Committee Sports Organization’s recognition of Sambo as an official sport in 1938, it has not yet been recognized as a demonstrative sport. Several issues also occurred when the Olympic Organizing Committee did not include Sambo in the list of the Olympic discipline. To date, Sambo still struggles to become recognized as a demonstrated sport, especially nowadays, when there have been some rumors about the removal of classic Wrestling from the Olympics.

As Japanese warriors were extremely well-trained for the battlefield, the Russians faced defeat at the hands of their opponent. To avoid such humiliation from happening again, the new Soviet Red Army enhanced their fighting skills and developed in-depth hand-to-hand combat training methods for the Russian military. During that time, the philosophy of the Russian Red Army through the use of Sambo techniques was “to leave no room for mercy.” It is a martial art created for the purpose of victory in modern warfare and is meant to help survive in the never-ending struggle between life and death. Now in the modern days, Sambo teaches the competitors to end the fight quickly by taking the attacker to the ground and applying fast-submission strikes.

International Sambo competitions have to follow a set of basic rules to ensure that the fight is legit. The basic rules include the following: