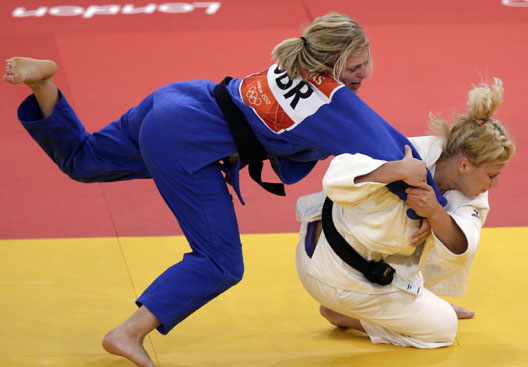 Judo is a Japanese combat method that was created in 1882 by Professor Jigoro Kano. It was derived from several Jujutsu styles, including Kito-Ryu and Tenjin-Shinyo Ryu. Its founder wanted to implement basic principles of maximum efficiency with minimum effort, as well as some principles of modern sports into Judo. The Japanese government recognized Judo in 1886 and its first school, the Kodokan Judo Institute, is still the highest authority for this system. Judo was intended to be a non-violent fighting style that also shapes the character of the practitioner.

The word Judo is said to originate from 1889. It comprises of two characters, “ju” meaning “softness, gentleness” and “do” meaning “way or art”. Both of these components originate from the Chinese language. The name of Judo is usually translated as “the gentle way” and it represents the idea of a non-violent martial art.

Judo originates from the elaborate Jujutsu technique. Founding of the Takenouchi-ryu art system in 1532 is considered as the beginning of Jujutsu forms. Jujutsu was widely practiced and popular, but its glory began to fade after the Meiji Restoration in 1868, when the era of samurai rule came to an end. The art fell into decline with the infiltration of Western Culture.(1) However, Jigoro Kano, who practiced several forms of Jujutsu, saw that many masters had to pursue alternative careers in order to keep their schools alive. He then came to an idea of creating a new martial arts style from ancient self-defence forms. In 1882 he created an art that is known as Kodokan Judo. Although he was just 21 years old at the time, he founded the school and dojo at a Buddhist temple and started teaching students.

He chose to include all the strong points of different Jujutsu schools. At that time, numerous Jujutsu students were known as aggressive and thuggish and had the reputation of “bad boys.” Kano decided to compile the most effective points of this technique, but chose to exclude aggressive practices. He also emphasised the formation of one’s character.(2) He then proceeded to visit Europe in 1889 to spread his knowledge. The sport was introduced into the Olympics in 1964 and since then has been practiced by millions of people throughout the world.(3)

Judo has become one of the most popular martial arts in the world. Numerous practitioners study it in Japan and overseas. It is taught as a form of self-defence, a fighting technique and as a sports discipline. Almost every sports centre has a Judo school that teaches practitioners of all ages. The Kodokan Judo Institute currently resides in Bunkyo, Tokyo, Japan and has over 1,000 Tatami mats. It still remains one of the most notable schools of this martial art. Numerous international groups organize a wide range of Judo events every year. Apart from the Olympics, Judo is practiced in numerous events, including events organized by the International Judo Federation. The sport can also be spotted being used in MMA competitions, including the Ultimate Fighting Championship and it has gained huge popularity.

Judo gained popularity in Japan after an 1886 contest held by the Tokyo police. At the event, a Judo team defeated the most famous Jujutsu school of the time. Shortly after, the technique was implemented into the Japanese physical education system..(4)

There is an anecdote regarding Kano’s trip to Europe in 1889. On the boat, a foreigner made fun of him. Kano then proceeded to throw him down, but put his hand under the man’s head in order to save him from getting hurt. On this occasion he also showed Judo’s principle of consideration toward the opponent.(5) 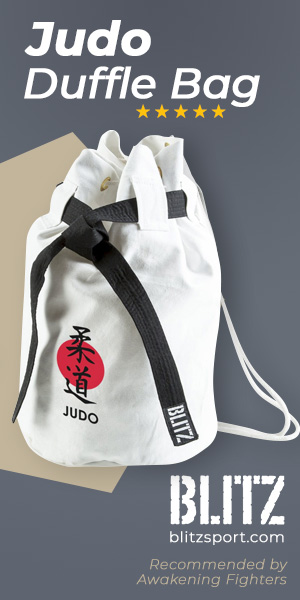 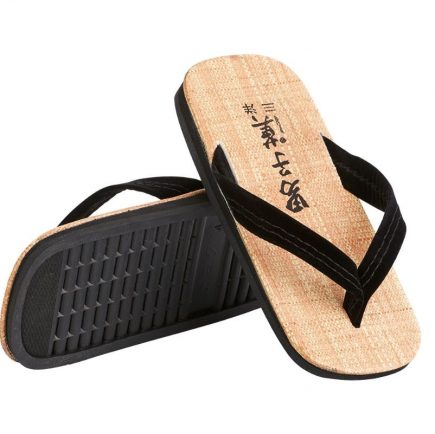 Perfect for indoors or outdoors, the traditional Japanese Zori Sandals are comfortable to wear around the house or in your dojo.

Comfortable enough to be worn all day, the Blitz Trojan Compression Top can be worn on it's own or under a gi/sports gear. 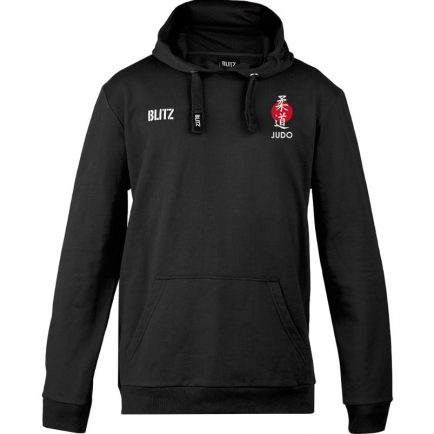 The Blitz Judo Club Hooded Top is designed to keep you warm and cosy. The pull over top includes a thick draw-cord. 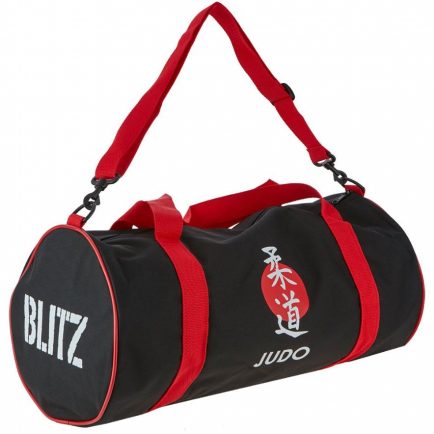 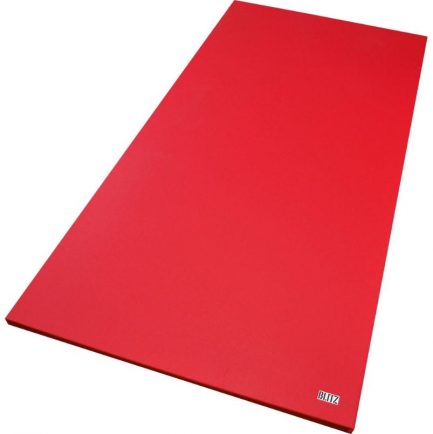 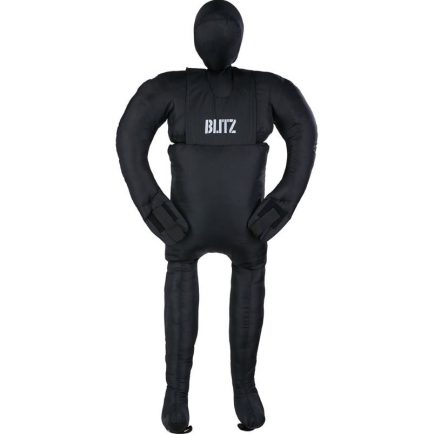 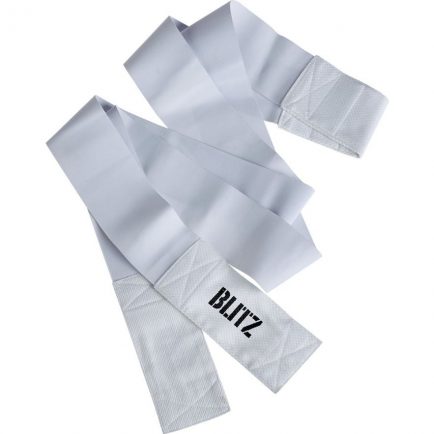 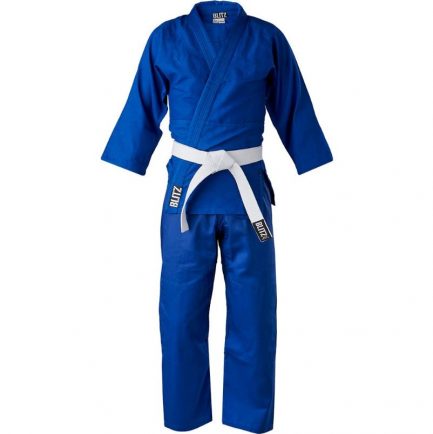 Specifically designed for children. Ideal gi for beginners, allowing young judoka to learn the basics in a soft and comfortable suit. 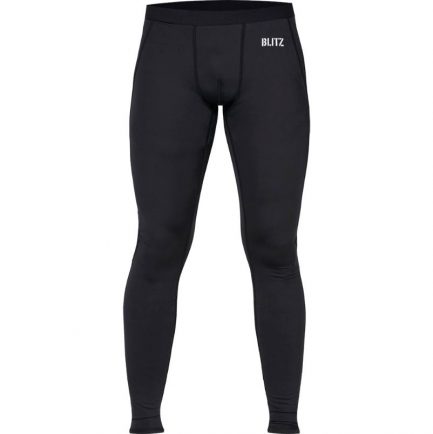 Kano said that Judo is meant to be the way to the most effective use of both physical and spiritual strengths. The goal is to make the spiritual essence of Judo a part of one’s being by practicing attack and defence techniques. The two main ideas of Kodokan Judo are maximum efficiency and mutual welfare and respect. The concept of Kata is very important in Judo. Katas (meaning “forms”) are pre-arranged patterns of Judo techniques and are usually practiced with a partner. They illustrate the basic principles of Judo, but at the same time, teach the philosophical bases on which the technique is based. The key principle of Judo can be summarized with this statement: when the opponent pulls, one should push; when the opponent pushes, one should pull.(6)

Judo practice is controlled by elaborate sets of rules that include a special etiquette. Contestants are obliged to bow before stepping onto the mat and to each other before and after any practice or competition. Inappropriate behaviour is not tolerated by the code. Rules also disallow intentional injuring of the opponent, all kind of strikes, touching an opponent’s face and attacking joints other than elbows. Rules also ban several techniques, including kawazu gake and kani basami. The competition area is padded with mats. There are various points awarded, including ippon (one full point), waza-ari (one half point) and yuko (the smallest score that can be awarded).

Judo is often mentioned in popular culture, mainly in numerous movies. Hollywood blockbuster Lethal Weapon, starring Mel Gibson, used the technique of front triangular choke with legs in its famous scene. Judo has also been featured in Star Trek, when Captain Kirk fights Klingons using numerous moves from this fighting system. Other than these examples, Judo has also been practiced on screen by stars such as Chuck Norris and Steven Seagal.(7)