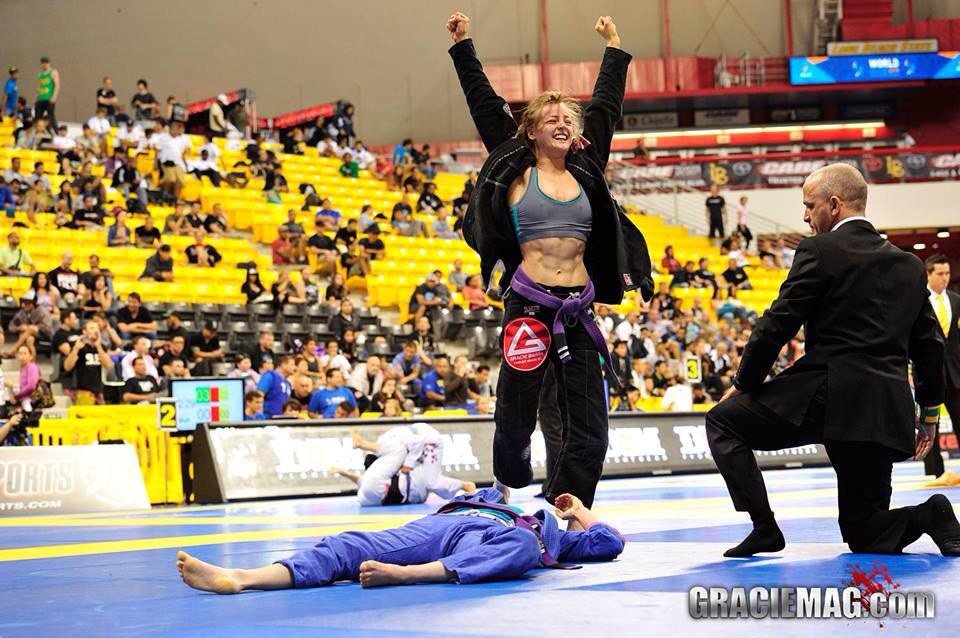 Brazilian Jiu-Jitsu is considered to be one of the most effective martial arts in the world. It focuses on grappling fighting style which enables the fighter to cope easily with larger opponent without hurting him. Jiu-Jitsu has thus become extremely popular as a self-defense technique. Although it does originate from Judo and Jujutsu, Jiu-jitsu differs from those in some fundamental ways. It includes elaborate stand-up maneuvers. It’s also famous for its impressive ground-fighting techniques.

Jiu-Jitsu is the modification of the Japanese word “jujutsu”. This spelling is widely used in Brazil, United States and Canada. The original Japanese word comprises two symbols meaning “gentle” and “art”. Therefore, it is often called “gentle art”, but sometimes it is also called “versatile art” as the word can refer to a wide range of traditional Japanese martial arts.(1)

Brazilian Jiu-Jitsu is a martial art of its own, although it does use techniques of traditional Japanese fighting styles. Though the original Japanese jujutsu techniques date back to the 16th century, its Brazilian counterpart is much younger. It began all the way back in 1915 in the town of Belém in Brazil. Mitsuyo Maeda was a judo master who travelled the world to spread his knowledge. When he came to Brazil, he met with Gastao Gracie who decided to support his activities in this country. Maeda then decided to pass his mastery onto the Gracie Brothers. Jiu-Jitsu, as we know it today, was introduced in mid-twenties, when Gracie brothers opened their first school, adding modifications to the original Judo techniques.(2) It is said that Helio Gracie has come up with many original moves in Jiu-Jitsu as he was not able to perform all jujutsu moves due to his small complexion.

What made Brazilian Jiu-Jitsu so special from its beginning, and so different from the elaborate Judo techniques controlled by many rules, was the constant exposure of its practitioners to dangerous real-life situations. Many pupils learned this technique in order to cope with their everyday problems and fights. Although Jiu-Jitsu has comprehensive sets of rules, especially when performed at sports events, the Gracie family organized numerous challenges which were fought without any rules at all. These fights became known as 'Vale Tudo' fights, and the knowledge of fighters was evaluated by the masters of this fighting art.

In the last few decades, many different schools of Brazilian Jiu-Jitsu have surfaced. Although the differences are often subtle, one can differentiate between Gracie Jiu-Jitsu School and the Brazilian Jiu-Jitsu school. The first one is mostly oriented on self-defence techniques, while the second one is considered to be more of a sports discipline. Nowadays, the discipline is not only practiced in schools, real-life situations and on the streets, but has also been brought to sport halls. Jiu-Jitsu Federation hosts numerous major tournaments every year in different countries. The most famous include the Pan American Championship, the Mundials and the European Championship. Last ten years have also brought much popularity to the technique, especially in America as a result of the media coverage of numerous challenge matches.

Although it is well-known that the technique was brought to Gracie family by the Japanese master Maeda, it is actually unclear how big was his role in teaching the brothers in the family and how much of the technique was actually adopted from him. It is said that he had stated that in Judo one can win a match while using a clean throw, in Gracie Jiu-Jitsu one can win only by submission. It is still questionable who actually modified initial moves and to what extent – the fact is that Brazilian Jiu-Jitsu does not focus as much on throws as Judo does – actually, it pays much more attention to ground grappling. Some say that changes came from the time limit that pressed Maeda while he was transferring his knowledge – others think that Gracie brothers introduced these themselves.(3)

Many modern day Brazilian Jiu-Jitsu practitioners still abide by the Japanese Bushido (translated as the “Way of the Warrior”) philosophical concept. This codex stresses seven main character traits: right action, courage, benevolence, respect, truthfulness, honour and loyalty. Numerous Jiu-Jitsu schools also emphasize the importance of good character formation, insisting on development of noble traits including honesty, integrity, unselfishness and discipline. Masters of the art teach that in order to truly know someone, one should always look at the way he fights – as it is impossible to hide true personality in combat.

Brazilian Jiu-Jitsu has an elaborate set of rules which are especially obeyed during formal trainings and sports events. There are several basic rules which restrict certain actions and these include: striking, punching, kicking, hair pulling, eye gouging, finger twisting, slamming, neck cranks and heel hooks. Moreover, submission in the fight is signalled by tapping the opponent three times. The protocol also states that all players must wear clean, traditional uniforms (gi) and use all proper safety equipment. In official matches, the competition surface has to be equipped with proper matting and the size of the area should be between 16×16 and 20×20 square feet. Also, the fighting area has to have a safety border around it.(4)

The technique has recently become widely popular around the world and is thus often featured in many action films. Brazilian Jiu-Jitsu can be often seen on TV and movie screens, one of the earliest examples being the 1987 blockbuster Lethal Weapon featuring Mel Gibson. More recent films and TV series showing-off techniques of Jiu-Jitsu include The Expendables, Casino Royale, Sherlock Holmes, Fast and Furious and Dexter. Massive media coverage is also given to different tournaments featuring Jiu-Jitsu. It has also been included in MMA where masters of this art are put against standing fighters, better known as strikers.