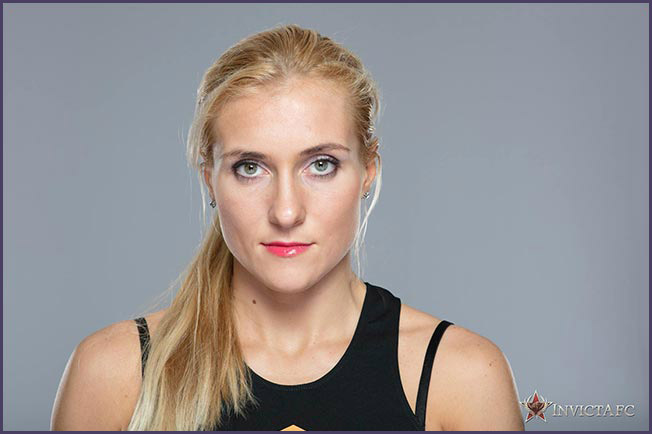 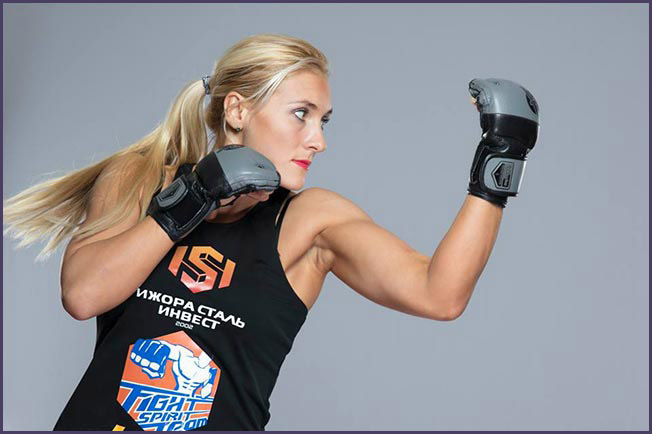 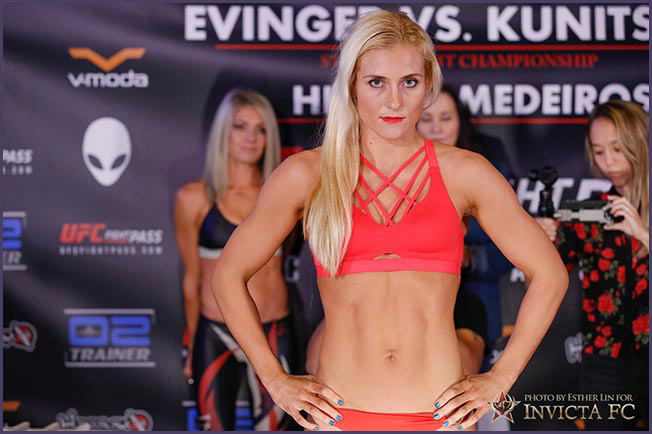 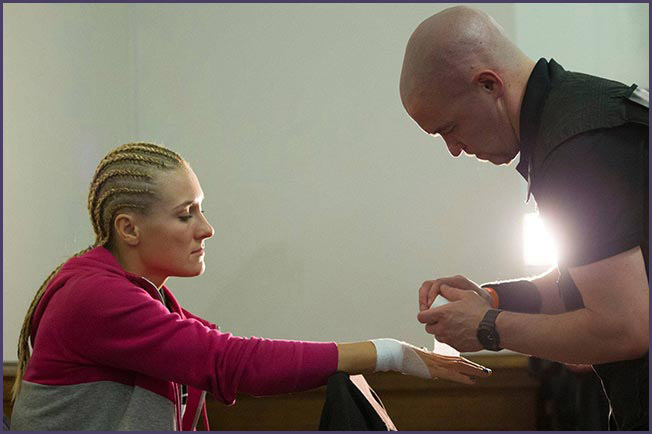 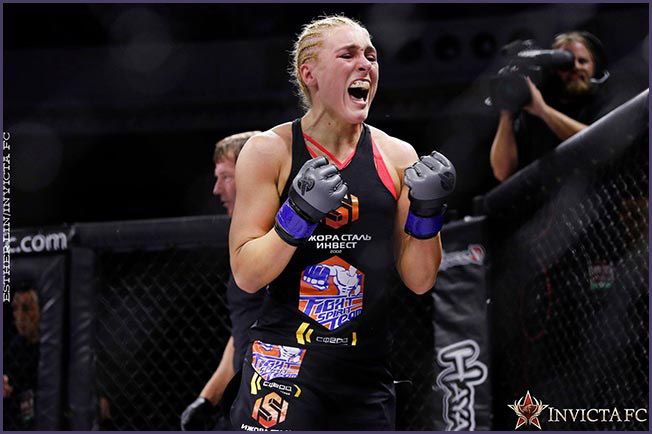 Yana Kunitskaya is a female fighter from Russia.

She signed with Invicta Fighting Championships in December of 2015. In November of 2016, Yana made her debut for Invicta, challenging Tonya Evinger for the Bantamweight title. Yana submitted Tonya by armbar in the first round, however the result was overturned on appeal on the basis that incorrect referee instructions to Tonya during the fight-ending sequence impacted the result. Yana lost the rematch in March of 2017, after which Tonya signed with the UFC. Yana would go on to win the vacant Invicta FC Bantamweight title in August of 2017.

Yana announced on August 9, 2012 that she is pregnant with her first child. She is now a mother to one son.