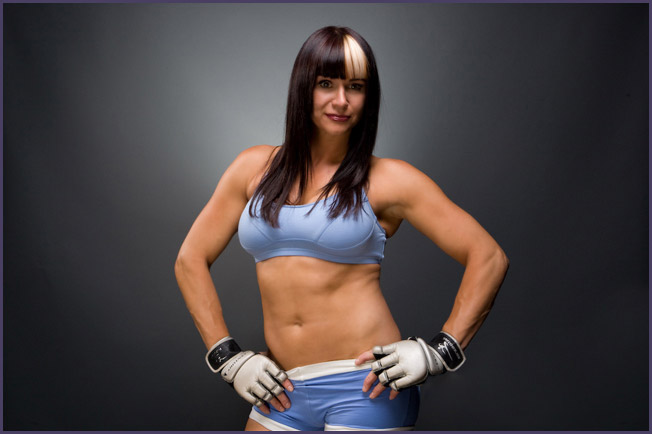 She began training at the age of 17. She is the first female in the world to be awarded a Black Belt in Vale Tudo.

She was also a headliner on the first ever all-women No Holds Barred (NHB) card in United States history.

Debi is the creator and CEO of Fighter girls Inc. She also owns an air-conditioning business and a clothing design store called Purpur Hollywood Aprons.

2012 - AOCA | Awakening Outstanding Contribution Award
Achievements include: the first woman to ever compete and win in King of the Cage, the only female coach in IFL history.