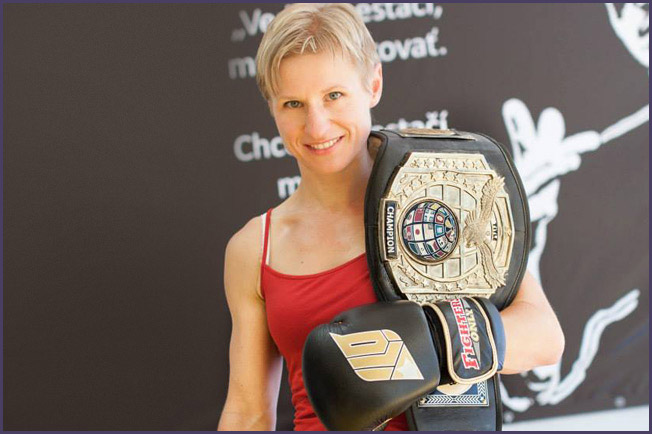 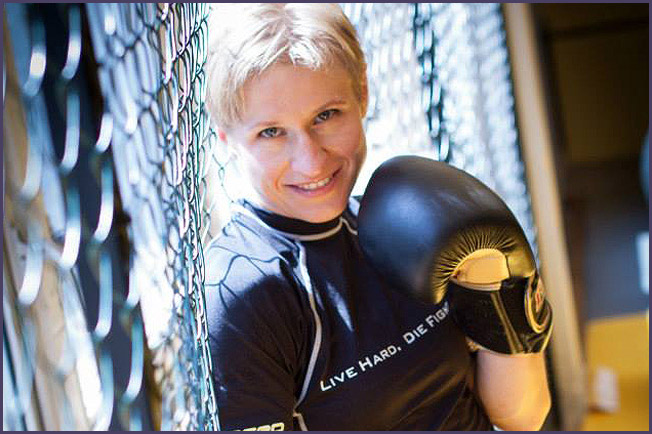 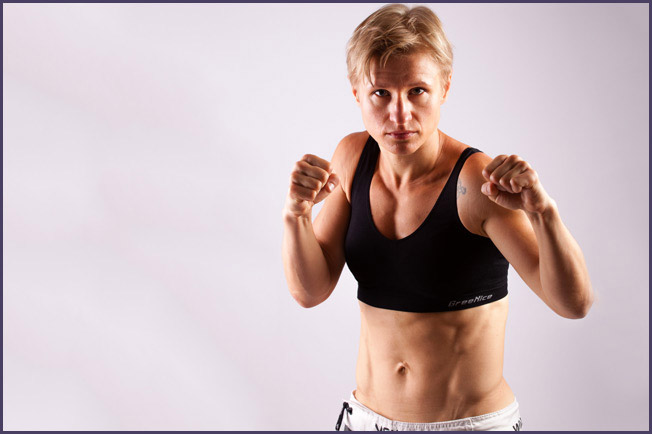 Akvile tells Awakening, “There’s no better, more charging, more fulfilling, more addictive, inspiring and effective workout than combat sports workout. And going to fight in front of the crowd is excitement of yet another dimension. It means I walked the length, did something, not many would commit doing, endured that gruesome physical preparation routine, defeated the demons of self-doubt and fear, and here I am at my best and ready to prove it. It’s immeasurable, thrilling, breath-taking – hard to match words for that experience.”

Akvile Vitkauskaite is a female fighter from Lithuania.

Akvile is a former member of the Lithuanian National Kyokushin Karate Team, and has a won a string of medals between 2000 and 2005.

Akvile is a mother to a daughter, Petra.

Her native language is Lithuanian, but is also fluent in English. Additionally, she speaks basic Russian, Czech and Slovak.

Akvile received her leaving certificate from Kaunas Rasa High School in 2003. She then went on to earn a B.A. in Lithuanian Philology from Vytautas Magnus University, a post-graduate translator of technical English language certification from Kaunas University of Technology, and her TEFL (teaching English as a foreign language) certification from the Dublin School of English. She also holds a NCFE Level 2 Certificate in Principles of Business Administration.