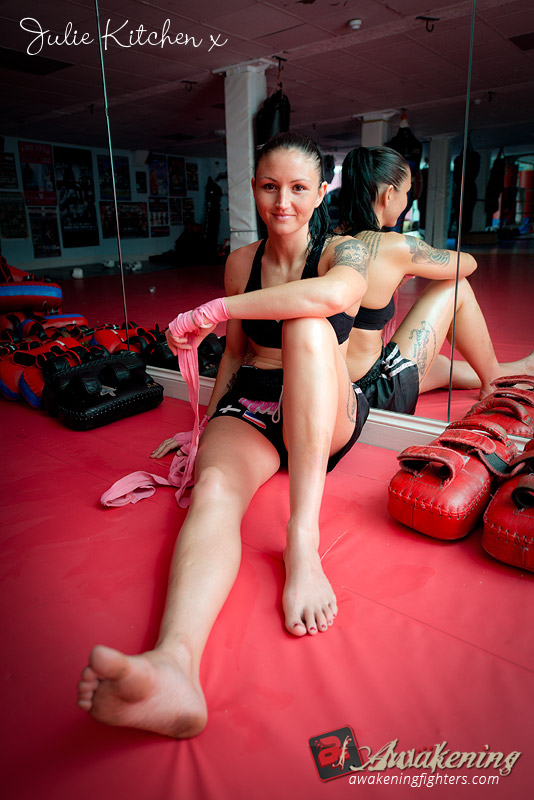 On April 19th 1977, as Ivor and Lynn Barrett blissfully held their newly born second child at Truro Hospital, Cornwall, England - they would have no idea that this vulnerable little girl would carve her name in history as one of the all-time greatest martial artists in the world. This little girl, of course, was Julie Kitchen. 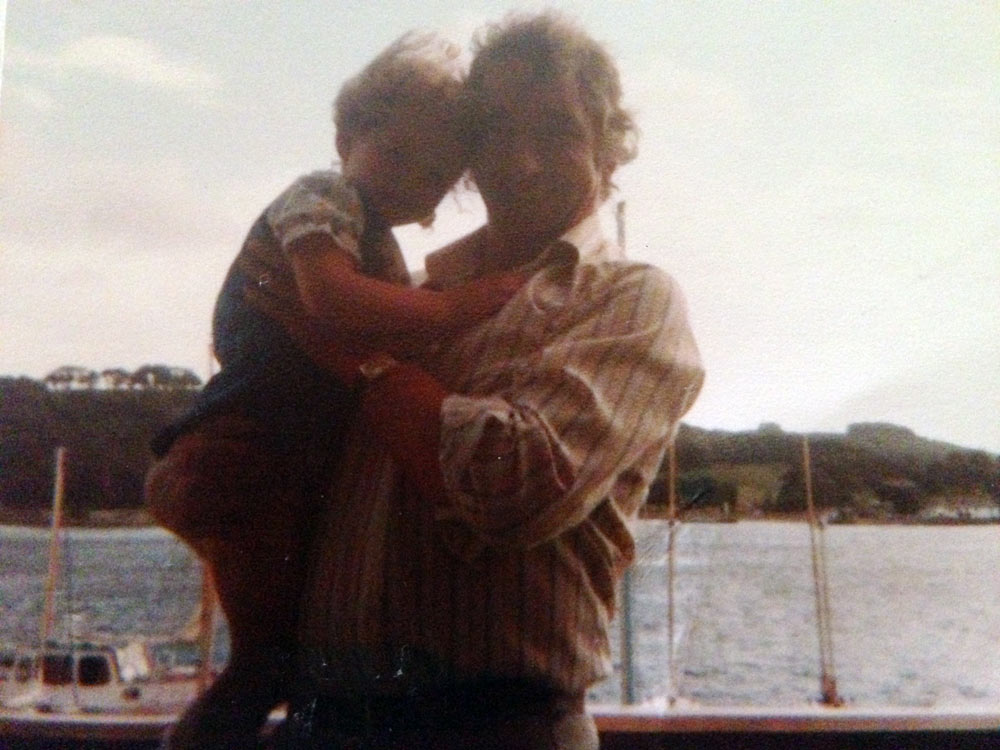 As a young child, and even to this day, Julie's main focus on life has been family. A middle child of three daughters, she was known as being extremely shy and an out and out Daddy's girl. She could always be found hanging off of her father, hugging him and holding his hand.

She began her education at age six, going to St. Paul's School in Penzance, a school she would remain at until she was eleven. During this time she made very few friends indeed, due to her shyness. This was not an issue of concern because the young Julie had really taken to family life and was like a second mother to her younger sister, a roll she cherished. 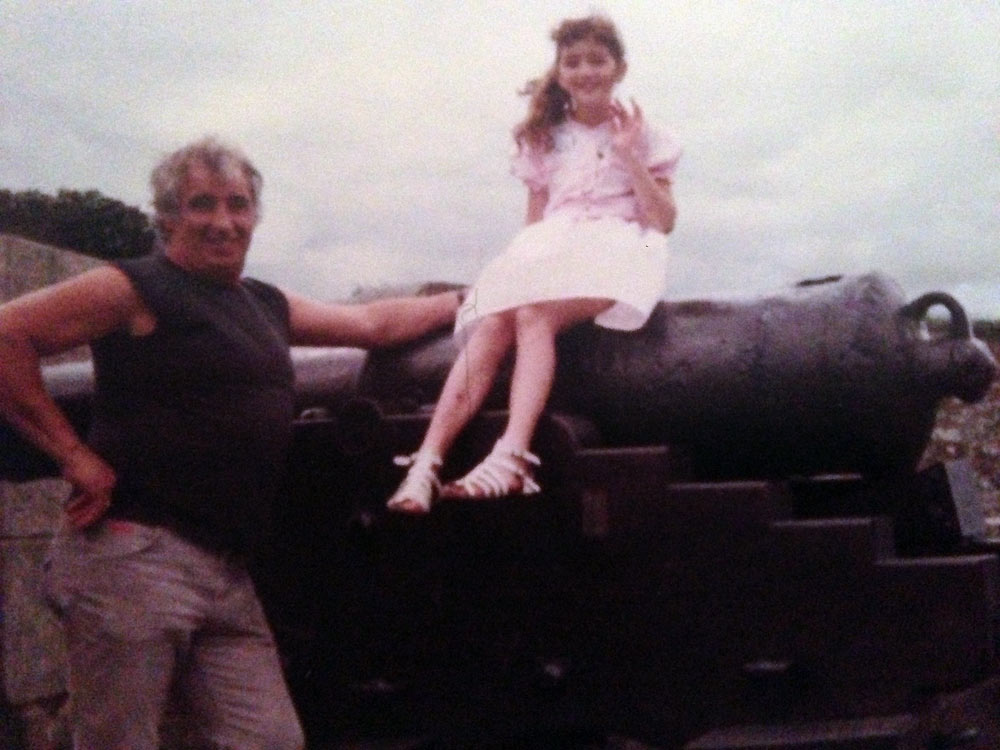 In her last year at St. Paul's, at age eleven, she decided to become a vegetarian. She didn't particularly like the taste of meat and she admired her older sister, who had made the same choice. To this day Julie remains a vegetarian, but does include fish in her diet.

Humphrey Davy School in Penzance was her next stop at age twelve. Much the same as her first school, she found the socializing aspect of school life uncomfortable and largely kept herself to herself. Although she had a dislike for school, there were three subjects that Julie did enjoy a great deal. It is perhaps here that we see the very beginnings of the Julie Kitchen that is known and loved globally. The first subject was Art, which she was good at. A solitary subject that nurtures the development of introspection. The second subject was Mathematics, which she confesses that she did not excel at. The challenge of problem solving and pushing herself into difficult territory was born here. The third and by no means least subject, you can probably guess, was Physical Education. She not only loved P.E. but she was also a naturally physically gifted youngster. She played for the school's teams in Netball as Wing Defender, and Hockey as a defender. Throughout these years the school teams were ranked #1 in Cornwall. Another little known, yet astonishing fact, is that Julie set the school's high jump record - which still stands to this day. 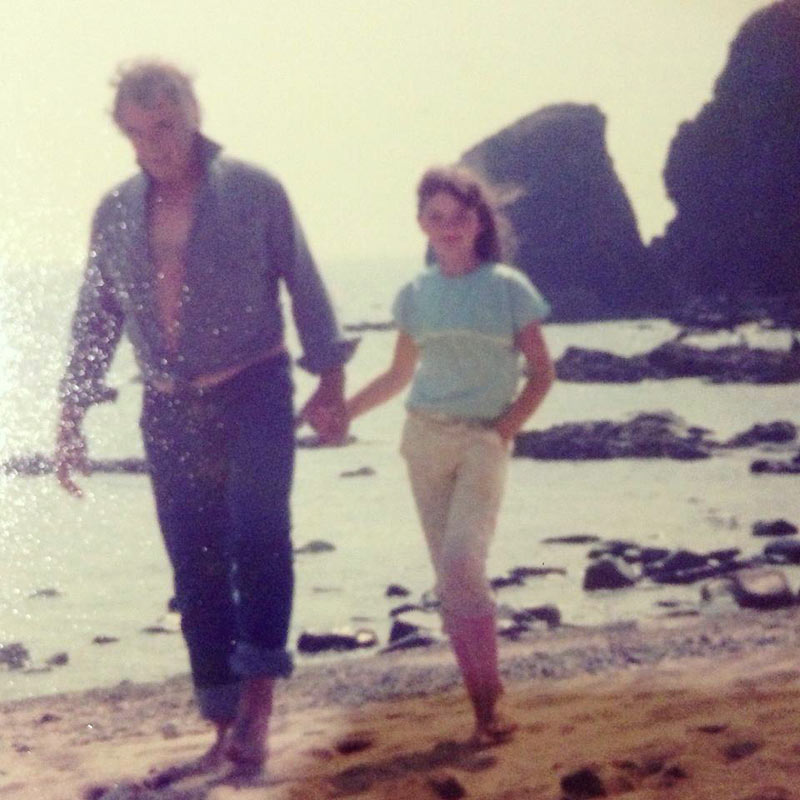 There was another element in Julie's early life that ultimately played a role in shaping her. The Sea Cadets, which she enrolled in at the age of twelve. Here she learned the value of discipline, something she realized she was very good at. Still extremely quiet, she worked hard and attended every week until her exams, working her way up through the ranks to Petty Officer and finally being honoured with the title of Lord Lieutenant's Cadet. She had considered working her way into teaching in the Navy, attendance had brought her out of her shell. By the time she was fifteen, she was out socializing as a typical teenager. A further step towards Julie's adulthood was her first ever job: working at Superchip, a local fish and chip shop.

At sixteen, she left the Cadets to concentrate on her exams, and she gained average grades. In terms of Julie's overall life story, 1993 was an incredibly important year: she met her first boyfriend and future husband Nathan; and she started her further education at Penwith College, taking Leisure and Tourism. She had also left her first job and started a new challenge at Lentons, a local butchers in which she prepared pasties and pies - a challenge indeed for a vegetarian.

After a year of dating Nathan the relationship had become serious. Her father, who was a man with solid family values, gave her a choice: she was to either not have her boyfriend always coming round or was to move in to her own place with him. The very young couple decided to move in together, with the blessing of Julie's parents. They remained in Penzance. Once Julie had finished her college course at eighteen, passing with credit, she started a new job with better money. She began at the Queens Hotel as a chamber maid and quickly worked her way into waitressing and bar tending. The management loved Julie's hard working attitude, punctuality and above all else her loveable personality, before long they had trained her up to become the receptionist which was a notable promotion for such a young woman.

In 1998, Julie fell pregnant. Her receptionist job at the Queens Hotel allowed her to remain working up to the later stages of her pregnancy. This was a financial comfort because Julie was expecting twins.

On February 26th, 1999 at 10:59am the first of the two tiny Kitchens was born, a girl weighing 6lb 12oz. Three minutes later a second girl was delivered weighing 5lb 9oz. The girls were named Allaya and Amber respectively, the jewels of the Kitchen family. 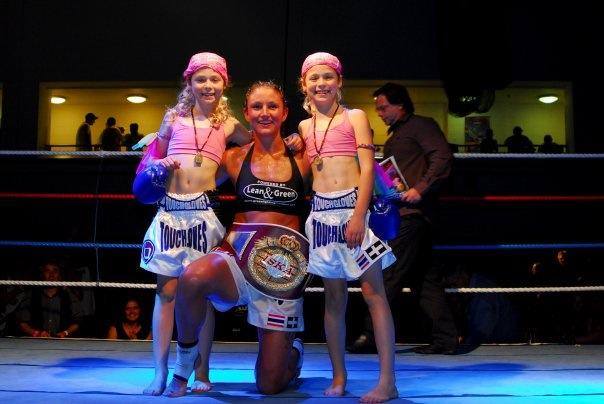 Continue to part two of the Julie Kitchen story