An interview with Tecia Torres 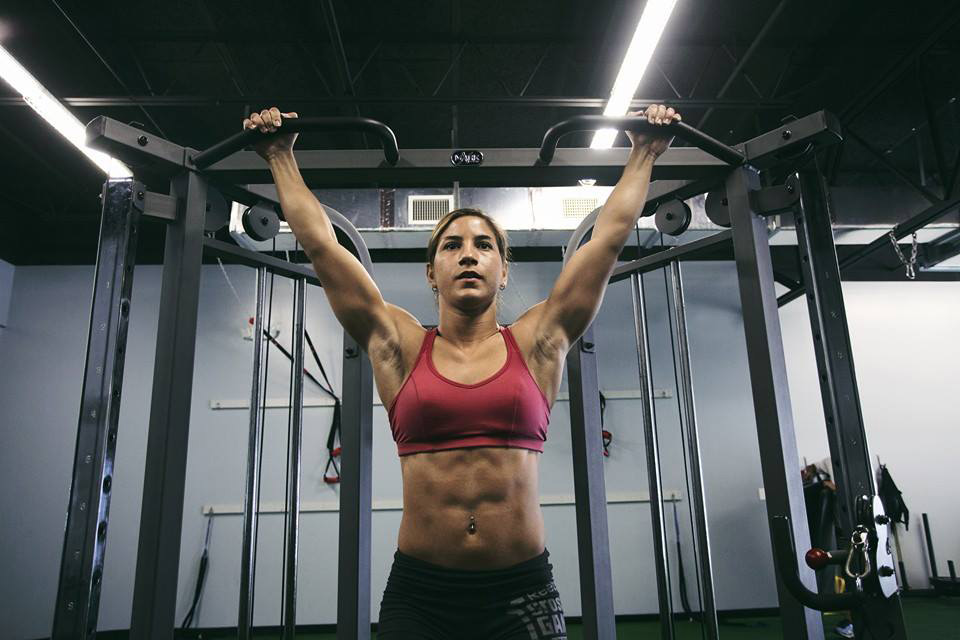 Hi Tecia, thank you so much for speaking with us. We'd like to get your thoughts on last year, which was an extremely successful year for you, and more importantly, find out how you're doing in the run up to TUF! We were meant to talk to you about the Awakening WMMA Awards back in January but didn't get round to it, so let's start with that. You were very successfully nominated in an impressive five categories and actually won two! - Strawweight of the Year and Newcomer of the Year!

Where were you when you found out you had won these two categories, and what were your first thoughts?

“I was very pleased that my hard work didn't go unnoticed. There are a lot of talented 115ers, so to win both of those categories speaks volumes to me.”

It's quite an achievement being voted Strawweight of the Year by the community - most people would agree that this division holds some of the most popular female fighters on the planet. What is it in your personal opinion that draws people to you?

“I am an exciting fighter. I'm pretty well rounded everywhere. I'm strongest on my feet and the fans love a striking match. I believe people are drawn to my humble confidence inside and outside the ring.”

You were also voted Newcomer of the Year. The majority of people will have become aware of you in 2013 after appearing on the main card at Invicta and the wonderful year you had. However, looking back at your career you are actually far from a newcomer! If we add up all of your MMA, Kickboxing and Muay Thai fights you have 28 wins and just 4 losses, and you are on an absolutely incredible 14 fight win streak! After all of your hard work, how does it feel to be finally getting recognized as one of the most exciting fighters around?

“It's pretty awesome. I've come a long way since 2008 when I transitioned from Karate to Kickboxing. My martial arts journey began long before I ever knew it would be what it is today. I have a lot of experience in fights but my professional fight life has only just begun and I can't wait for what's in store next.” 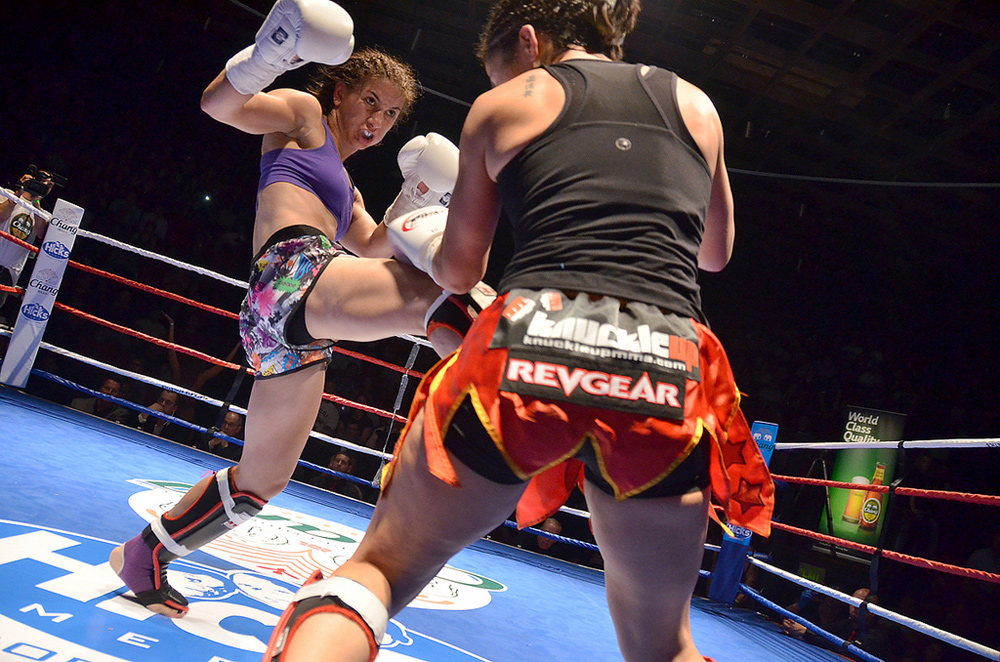 Whilst in the media pit way back at Invicta 6, we were sat next to a journalist that wasn't aware of you and kept telling us "the little one is going to get her arm snapped". We replied… "That's Tecia Torres, and we bet you she doesn’t!". There were two reasons for our confidence, the first was that we've worked with you closely and know you, and secondly we speak to and work with hundreds of athletes - it has to be said, you are one of the hardest working fighters out there. Can you tell us about your average training schedule, and how it changes as you lead up to a fight?

“Normally if I'm not in fight camp I'm still in the gym daily. I'm always in fight shape and I have teammates that are consistently getting ready for fights so I return the favor and am there for their camps as well. During a fight camp my training gets more specific. I'm in 2x a day. I take breaks and rest when needed. I listen to my body. A typical day would be one harder practice in the morning and in the evening more techniques and drills.”

A nice sneak peek into your schedule, we like it! Your team mates must love having you around!

Back in 2013, right before the UFC announced the introduction of their new Strawweight division, the community was shocked and excited by your being called out by Carla Esparza. The question is, are you going into The Ultimate Fighter with one eye on Carla, or how are you playing it? 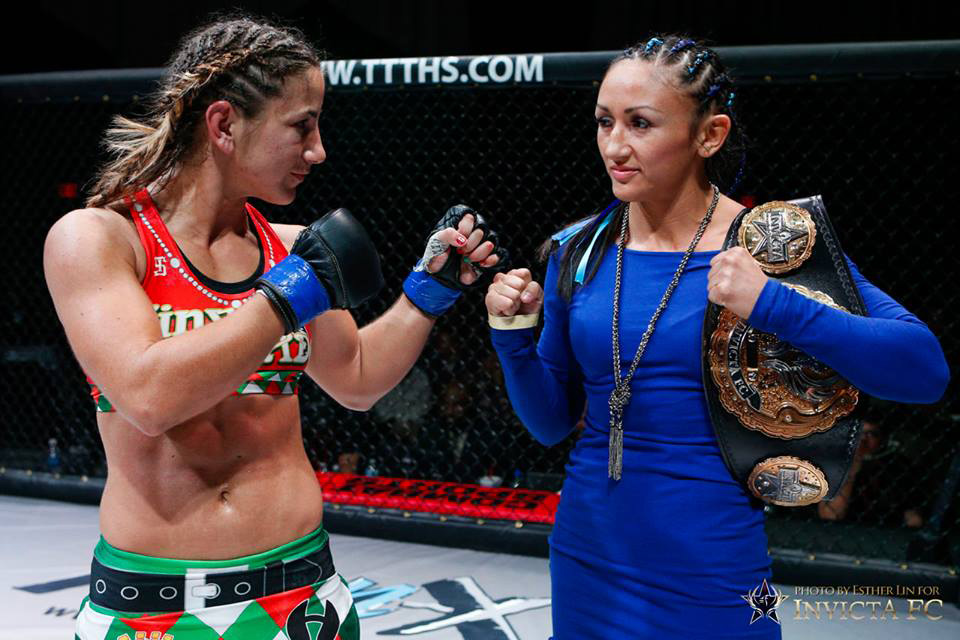 “Going into the TUF 20 house I will be ready for each and every girl. The fact that Carla called me out is only something that will play well on reality TV. I know we will meet each other across the ring sooner than later. My work inside the ring will speak for itself.”

What does it mean for you to have the opportunity to fight for the UFC?

“It means the world to me. I am living my dreams and am a true testament that determination, talent, and the love of something really does pay off. It just goes to show how far women have come in this sport.”

..and more generally, how do you think the UFC's new stance on female fighting has affected the sport of MMA?

“I think it has increased the viewership of WMMA and opened the mind of those who previously may have not watched WMMA or lacked the knowledge.”

Are there any other fighters in the UFC Strawweight division which you personally feel would be a good match up?

“I think all the girls, in different ways, possess a great fight for me. I'm ready to take them all on. Let's do this!!” 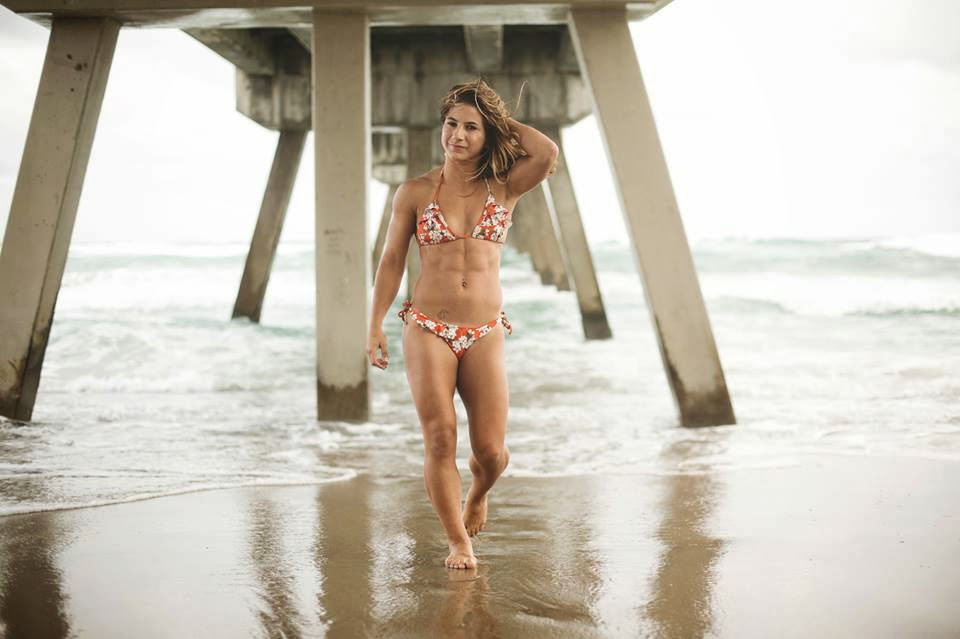 “I want to earn the inaugural 115 Strawweight UFC Championship Belt and remain undefeated with the belt in my possession.”

We knew you would say that! Where do you see yourself ranking in the UFC Strawweight division of the bat?

“I see myself as top 5 in the division.”

… and a couple of off-topic questions now, how and when did you first begin your journey into martial arts?

“I began Karate at age 5 after my mom took me and my sister in for a class. I immediately feel in love, my sister not so much. I stayed until I was 17 earning my black belt. Then transitioned to Kickboxing when I was 18. After Muay Thai then eventually BJJ to MMA.” 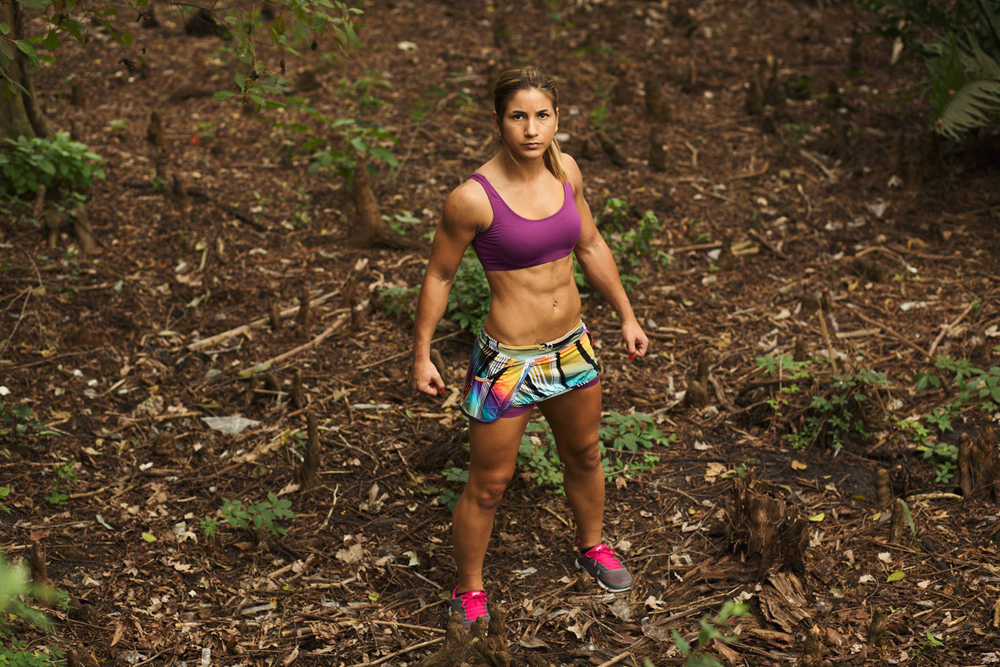 For the last question… when you first started competing, what fighters inspired you to want to become who you are today?

“When I started Kickboxing it was mainly because I wanted something different then Karate. I initially wanted to box but the instructor at the gym suggested competitive Kickboxing. By the time I was a blue belt for 2 years I started watching MMA and WMMA. During the era of Gina Carano, & Fightgirls TV program.”

Are there any thank you's or shout outs you'd like to do?... GO!

“I would like to thank my mom for always believing in me. My coaches Mikey Rod, Parrumpa, Steve Bruno, Kami, & all the rest of the amazing staff at American Top Team. My teammates, friends, & family. Also Fresh Meal Plan for providing me with my fight camp meals in preparation for TUF20.”

Thank you for your time Tecia, and while we're thanking - we'd like to take this opportunity to thank you for being a wonderful ambassador for Awakening, all that we stand for and for all the female fighters you inspire. We can't wait for TUF 20, we wish you the best of luck!