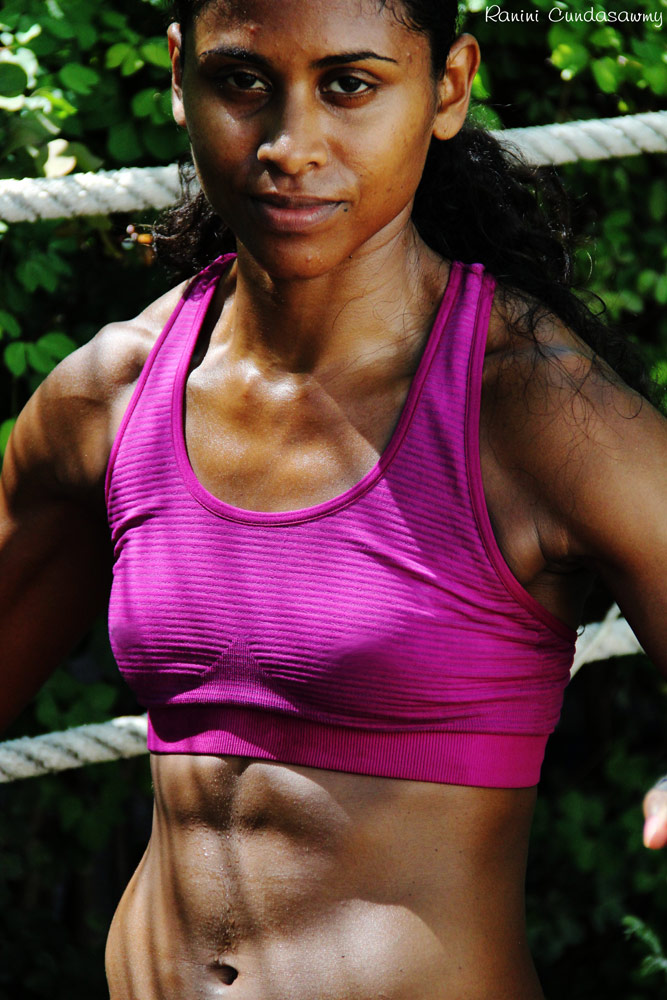 Women’s martial arts is truly a global sport on the rise, and its growth is roused by athletes like Ranini Cundasawmy, a prominent multi-disciplined fighter from Mauritius. Ranini has been pivotal within the island nation’s martial arts community as a Muay Thai and Savate champion, coach, and icon.

Ranini was first exposed to martial arts as a kid when her father, who was a Karate practitioner himself, would teach her some techniques. Unfortunately they did not have much time to train together, but Ranini’s interest was piqued. After leaving school in 1998, she joined a Kickboxing club where she met her future trainer and husband, Patrick. With his help, she began to train in Savate and Muay Thai, and the couple were married in 2008. Ranini was inspired by his “power, technique, fighting spirit and way of thinking.” This admiration helped motivate her to pursue professional fighting herself, with the goal of taking home championship titles. She succeeded! 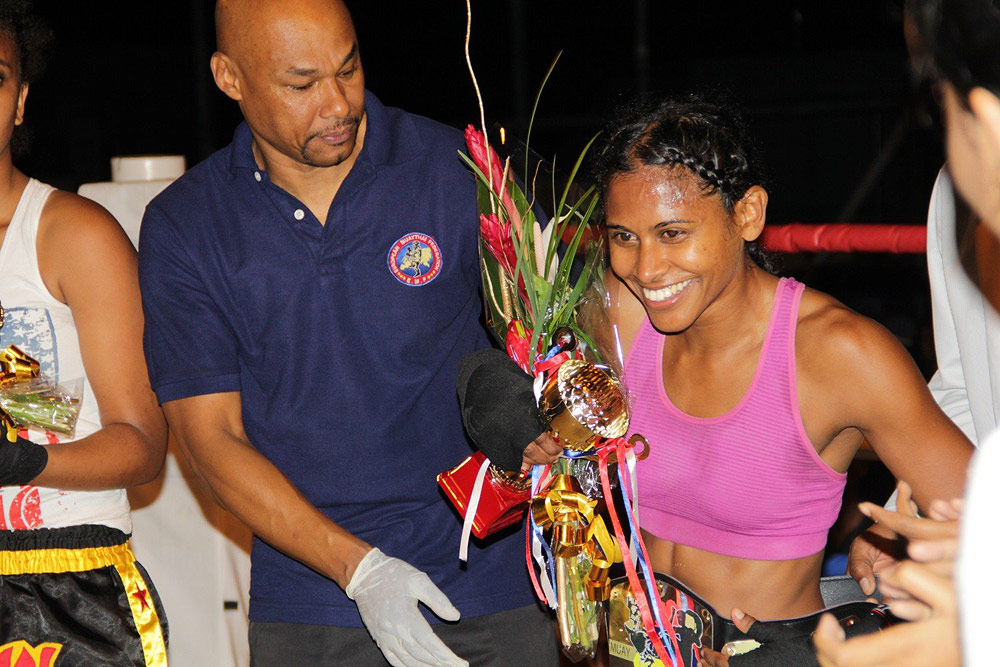 Ranini has been the National Muay Thai Champion in her native Mauritius for three years running, from 2011 til 2013! She’s also earned ‘Fighter of the Year’ honours in 2010 in her other main discipline of Savate, and won titles in submission grappling, specifically La Croche. Ranini is never one to shy away from competition, and takes on all challenges in an effort to further her abilities and career. Impressively, she’s used her skills from her various Kickboxing disciplines to compete in other martial arts competitions, such as winning two Taekwondo Gold Medals. Twice she has fought male opponents in amateur bouts, coming away with the win both times! 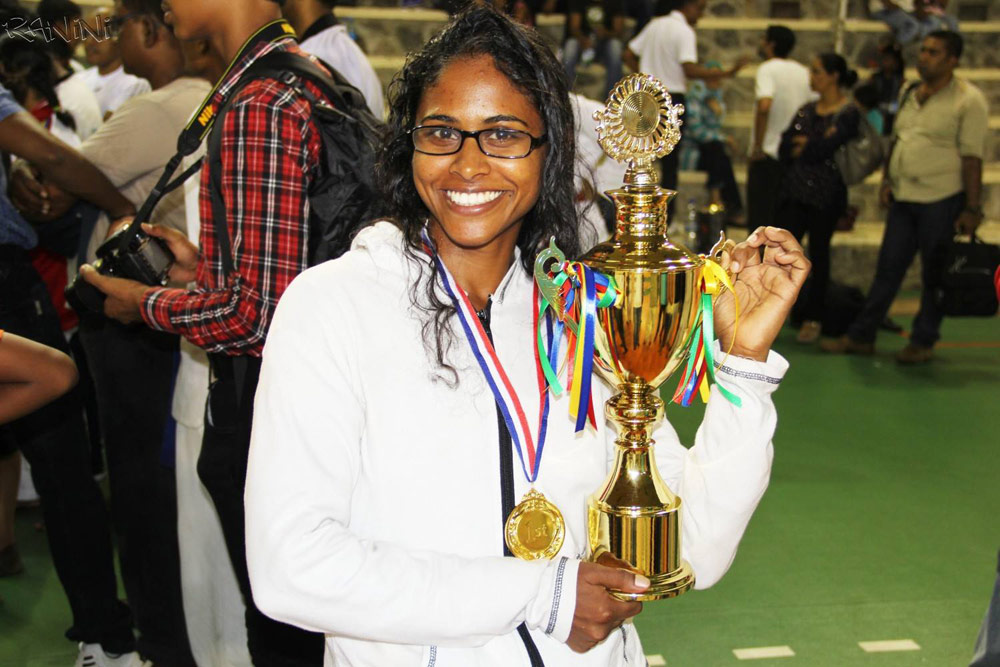 Using her skill and love of the sport, Ranini decided to pass on her knowledge. She became an instructor for women and children, including free specialized classes for women and children at her local social welfare centre. In 2011, she founded the first female team at her gym. As a professional photographer and videographer, she helps document and record the Muay Thai community in an effort to expand it. 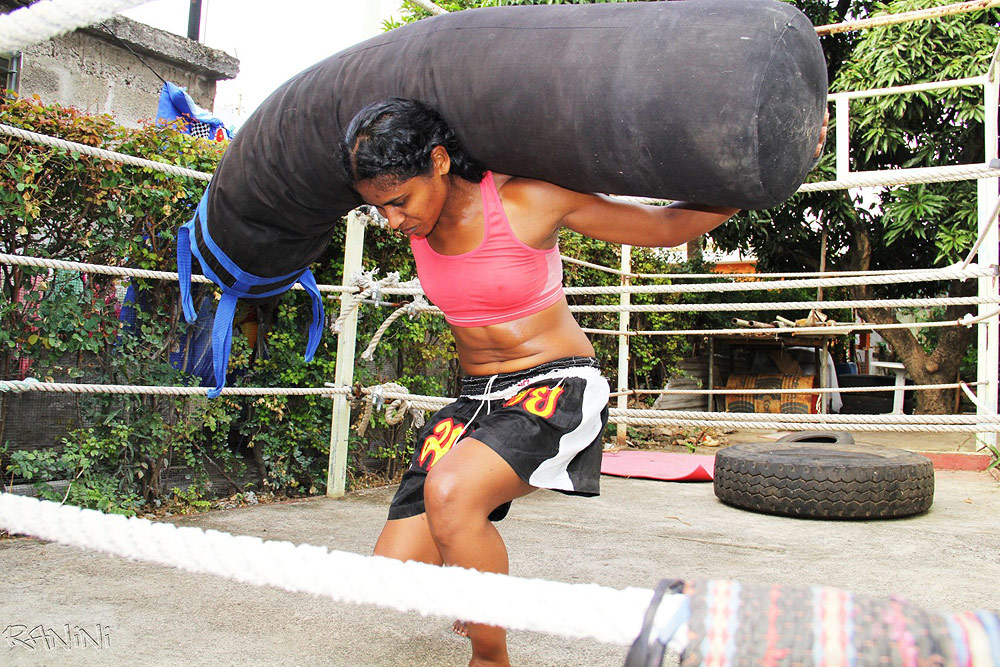 Ranini’s ultimate goal is to build up her professional career and win a World Championship, but as she admits, with no professional league and limited promoters, being a fighter in Mauritius is not easy. Still, Ranini’s resolve and drive is only heightened by the challenge, and she uses the difficulties and obstacles as a way to make herself stronger. This focused, passionate athlete is certainly one to watch as she continues to enhance the female fighting community in her country on the way to achieving her own personal goals. 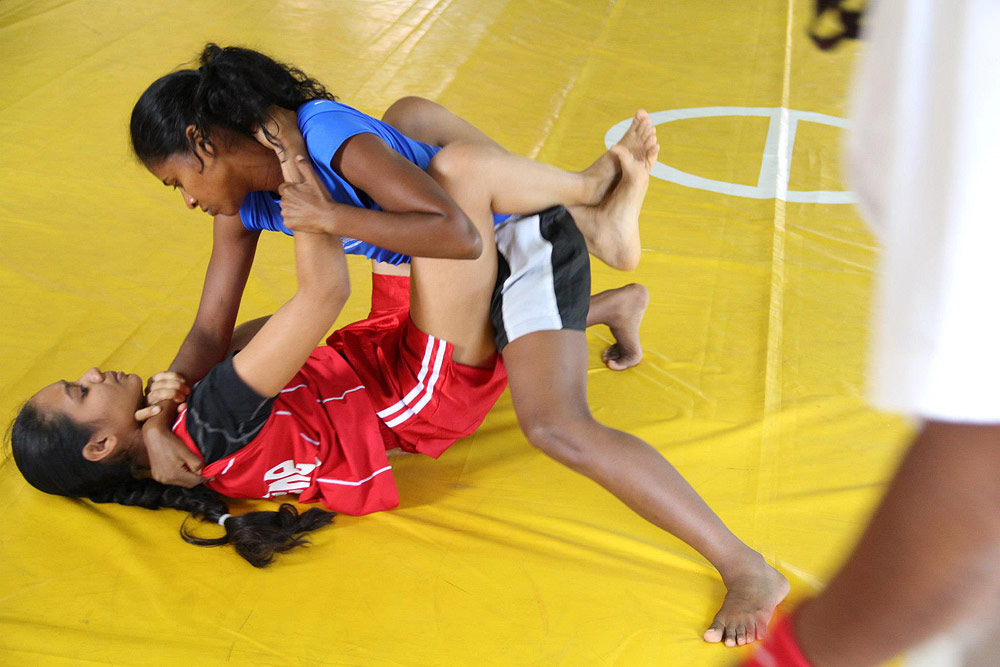 Ranini would like to thank everyone who helps, encourages and supports her, both financially and mentally, with special thanks to BMA sports and her husband coach Patrick Cundasawmy. A full list of sponsors and thank-yous can be found here. 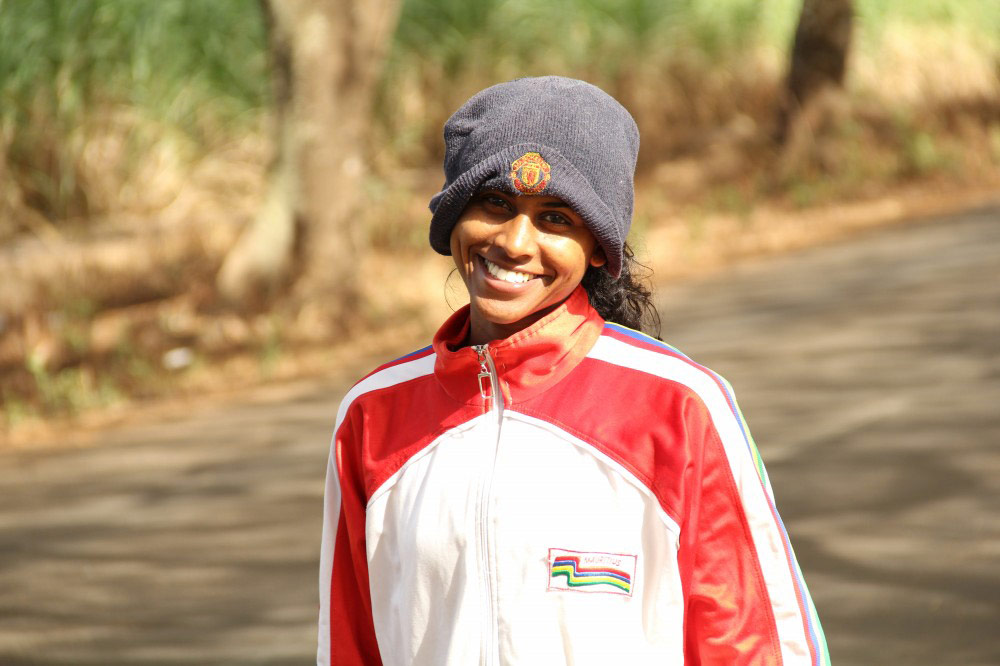 For more info, we urge you to go Like her facebook page where she constantly uploads lots of different photos of her fighting, training and generally enjoying herself. For the record, Mauritius looks like a beautiful place!