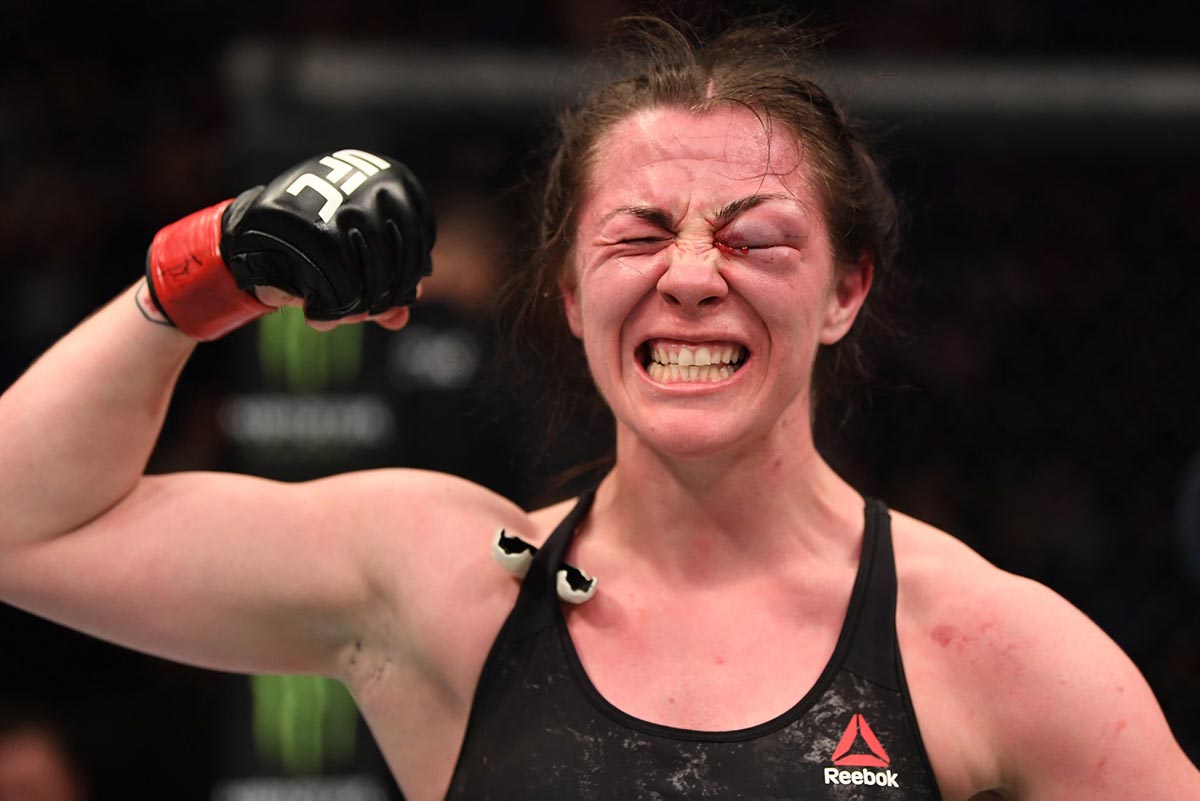 Molly McCann victorious at UFC on ESPN+ 5 from UFC Facebook

There have been a growing number of stars inside the octagon that have moved Stateside to realise their dreams. Birmingham’s Leon Edwards is just one of the brightest British stars that continues to captivate MMA fans from around the world, and he could soon become a UFC champion following his return unanimous decision victory against Nate Diaz.

Further success has been achieved this year by Paddy Pimblett, who won on his UFC debut against Luigi Vendramini. However, one female star that could soon be on the lips of all MMA fans is Molly McCann.

McCann made a name for herself in England, as she fought for Shock N’ Awe throughout her early career. The Liverpudlian made her MMA debut in May 2015, beating Katy Horlick by TKO in the first round of their contest. However, she immediately stepped up to the flyweight division in her next fight, but was beaten by Vanessa Melo. A return to Shock N’ Awe followed in 2016, where she would win her first major MMA championship.

Her split decision victory against Valerie Domergue saw her win the SNA Women’s Flyweight title, before she successfully defended the gold with a dominant TKO victory against Macicilia Benkhettache in October 2016. McCann would then fight on four occasions in her home town of Liverpool, before signing for the UFC. Victories over Lacey Schuckman, Priscila de Souza and Bryony Tyrell in Cage Warriors certainly grabbed the attention of the UFC.

McCann made her first appearance in the octagon in May 2018 as part of the Fight Night undercard in Liverpool. However, it wasn’t to be her dream debut in the company, as she was beaten by Gillian Robertson by submission in the second round. However, she wasted little time in turning her fortunes around, as she returned to take on Priscila Cachoeira on the Till vs Masvidal undercard in London in March 2019, and claimed a first win in the UFC by decision.

A second unanimous decision victory followed in June against Ariane Lipski, before a third successive victory was achieved against Diana Belbita at UFC on Fox in October 2019.

However, this momentum was ended with successive defeats. The first of those was suffered against Taila Santos in Abu Dhabi in July 2020, before a second straight points decision defeat came in February on her Las Vegas debut against Lara Procopio. She revealed that she came close to quitting at this point, but her mental resilience came to the fore, and she got back in the gym and trained for her next opponent.

One of the biggest wins of her career to date would follow in September 2021, as she won by unanimous decision against Ji Yeon Kim. That victory was also awarded the fight of the night bonus, and ensured that she is one of the hottest British stars to keep tabs on in the UFC over the coming years.