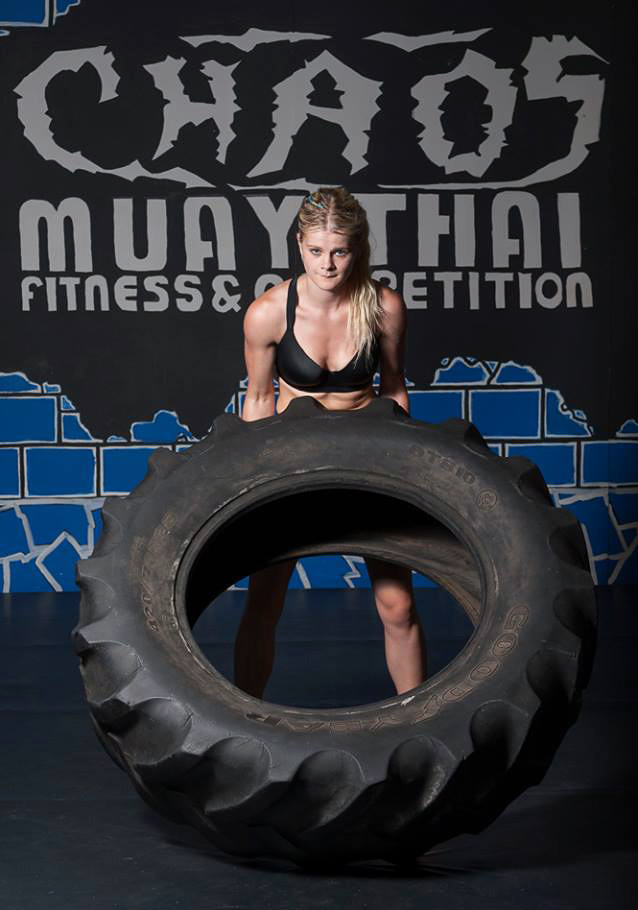 Christi Brereton is a female Muay Thai fighter from Exeter, UK. She fights out of Gym Chaos in Okehampton, UK and at 21 years old she is already a WPMF World Champion, a title that she impressively won at the age of 14! Christi now has a professional record of 10-3-1 and is actively looking at raising her profile and making more of an impression on the world stage. We of course wish her the best of luck, but first we drilled her with some questions!

Hi Christi, thanks for taking some time out to talk with us!

If we can, let's start with chatting about your next fight. You're fighting Alexis Rufus at Muay Thai Unleashed 2 in Telford on February 22nd for the UKMF British Title at 55kg. As Alexis is well known, we won’t ask you what you know about her, but instead, what are doing in preparation for this fight against the experienced Alexis? Does training change depending on the opponent?

“My training regime doesn't have a specific 'time' schedule, being a mum everything is worked around my baby and teaching classes. I definitely train as hard as most female athletes with the hours that I have. Come fight day I know that I’m ready.”

“As for my opponents, I train for them individually and me and my coach Steve will look at their strengths and weaknesses and take a strategy into the fight. Let’s see what happens on the day!” 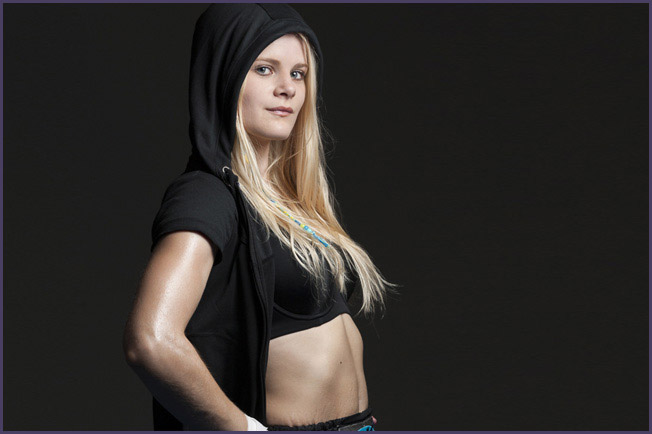 And is there any bad blood between the two of you, or your camps? Or is it business as usual?

“There's no 'bad blood' between me and Alexis, we were set to fight each other a few years back but unfortunately the fight got cancelled. We're both game and it’s great to finally get the fight on.”

Can you give us a prediction on the outcome of the fight?

“I like to think confidently and I predict to win this fight.”

You had a good 2013, winning three Muay Thai title fights - two of which were European titles, and the other a National title. How does this successful win streak affect the way you train, and indeed perform in the ring?

“Everyone loves to win, I love the buzz that I get from winning when you know you've put on a good performance, it certainly makes me feel confident towards the next fight. Although I never underestimate my opponents and I don’t allow myself to get big headed.”

That’s great to hear, a really good attitude to have! 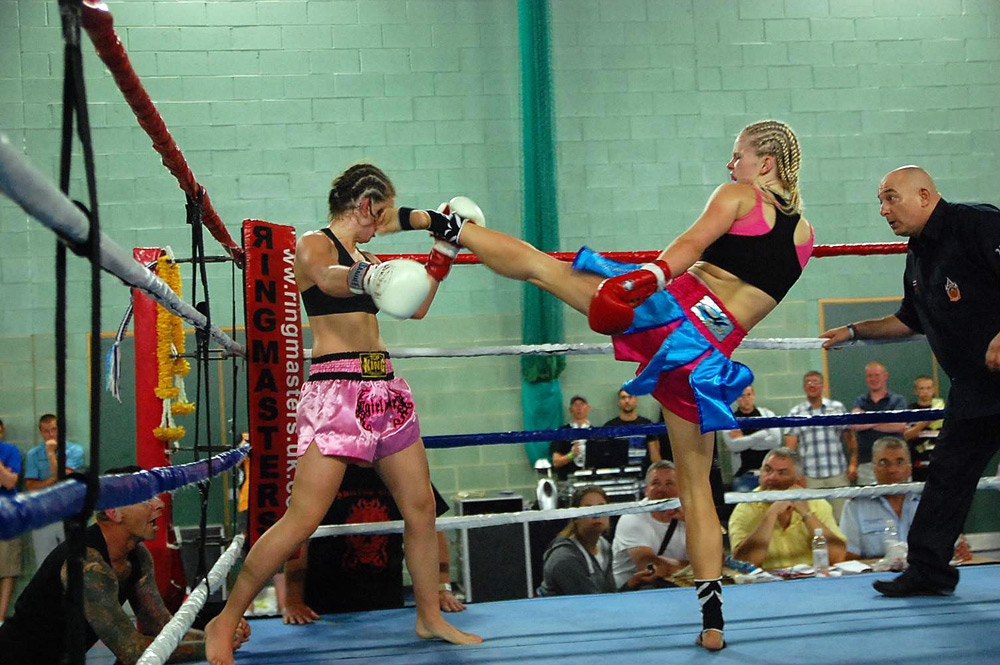 At just 21, you already have eleven years training under your belt. What does the future hold for you? What are your main goals?

“Who knows what the future holds for me.. I love to fight! Especially when you get to travel overseas and fight, I hope to have many more to come. I just hope to keep on improving and inspire other women along the way.”

Looking beyond your fight in February, are there any other ladies that you have your eyes set on fighting? Or is a question like this bad luck this close before a fight?

“I'll fight whoever my coach will decide for me, we have a few other fights lined up after February (awaiting confirmation) it should be another busy year for team chaos! ”

Well we definitely look forward to watching your progression this year, and finding out who you’re fighting! 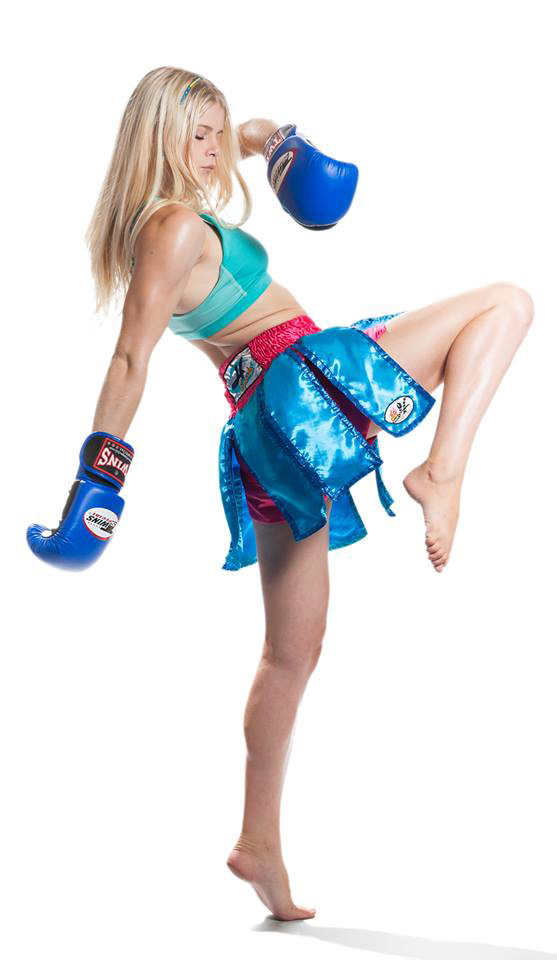 Starting Muay Thai at 10 years old, you must have had someone you aspired to be, or at the very least other fighters that inspired you… can you drop us any names?

“I’ve always liked Ilonka Elmont's style of fighting, and I still find myself watching some of the top female talent today and taking bits that have inspired me in my training. Although I’d like to shout out to my friend Anne Quinlan, a very inspirational women I hope to have as much involvement in Muay Thai when I retire from the ring as she does!”

It’s funny, as those are both fighters we’d like to interview.

Now, being an instructor yourself, you must get looked up to by your students. Are there any nuggets of wisdom that you make sure you pass on to your younger female fighter right before they fight?

“It's sweet because I love to wear bright crop tops and leggings when training and funky shorts when fighting… and I looked around the other day to find some of the female youngsters walking in with funky leggings and crop tops! Haha they are like my little sisters and I try to guide them and strive them to achieve their goals the best I can. We encourage them on having their own fight styles and strengths.” 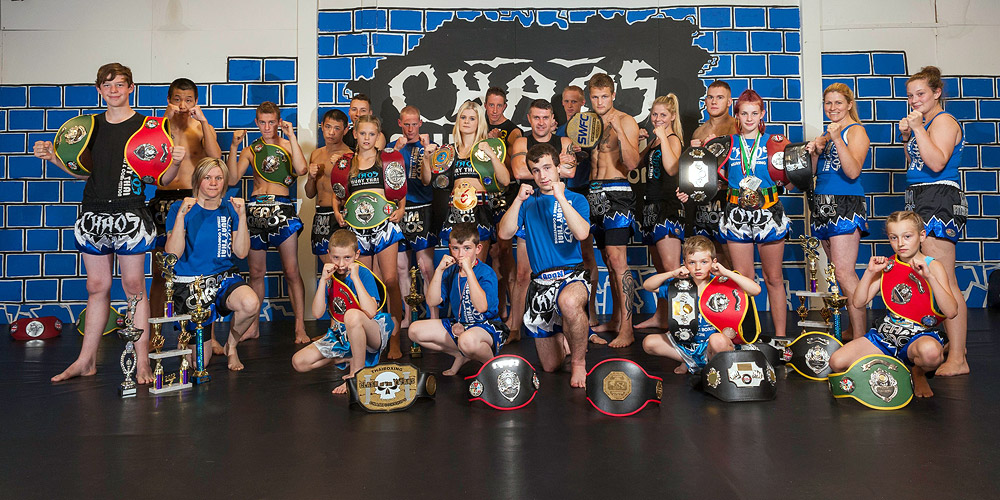 Changing the subject, we're pleased to tell you that in the last 30 days, your Awakening Profile has been the fifth most viewed profile on our register - which is impressive due to the register having approximately 3000 profiles. We're even more pleased to tell you that one of your younger fighters, Sammy-Jo Luxton - is the number #1 viewed profile in the last 30 days. First of all, thank you so much for bringing our website so much traffic! We'd like to ask for about your thoughts on the Awakening database?

“I think the awakening female database is great for all the female athletes to reach out and get their name out there! Hopefully this will encourage more networking with other camps!”

One final generic question, we all know that music is a great motivator. Do you have anything specific that you listen to while you train, or right before a fight to get you in the zone?

“I like all sorts of music and don’t particularly have a favourite, occasionally switch from tune to tune, general up beat stuff to get me in the mood for smacking pads! Ha”

Thanks again for taking this time out, we wish you the best for 2014 and indeed the future. We hope to come and photograph you training later in the year!

“Thank you for the interview
Christi x”