NCWB1 – An interview with David Damphousse

Who else would be better to kick off our first NCWB1 interview than the man himself, David Damphousse. He is of course the head honcho of the Nordic Coliseum Women Boxing organisation, the main man responsible for getting this historic card set up for the 15th of August in Quebec. If you missed our first article and have yet to hear of this event, NCWB1 is Canada's inaugural all female boxing fight card!

Hi David, thanks for taking the time out to answer some questions!

“No problem, My pleasure, Thanks for your interest!”

So let's start with your background, pre-NCWB. What's your experience in the fight industry, have you organised other cards, are you a fighter yourself?

“Never been directly involved in the promoting side before, but I've been working on this promotion for the past 3 years. I have lots of contacts, friends and connections in the US fight scene that helped me make the transition as a promoter.” 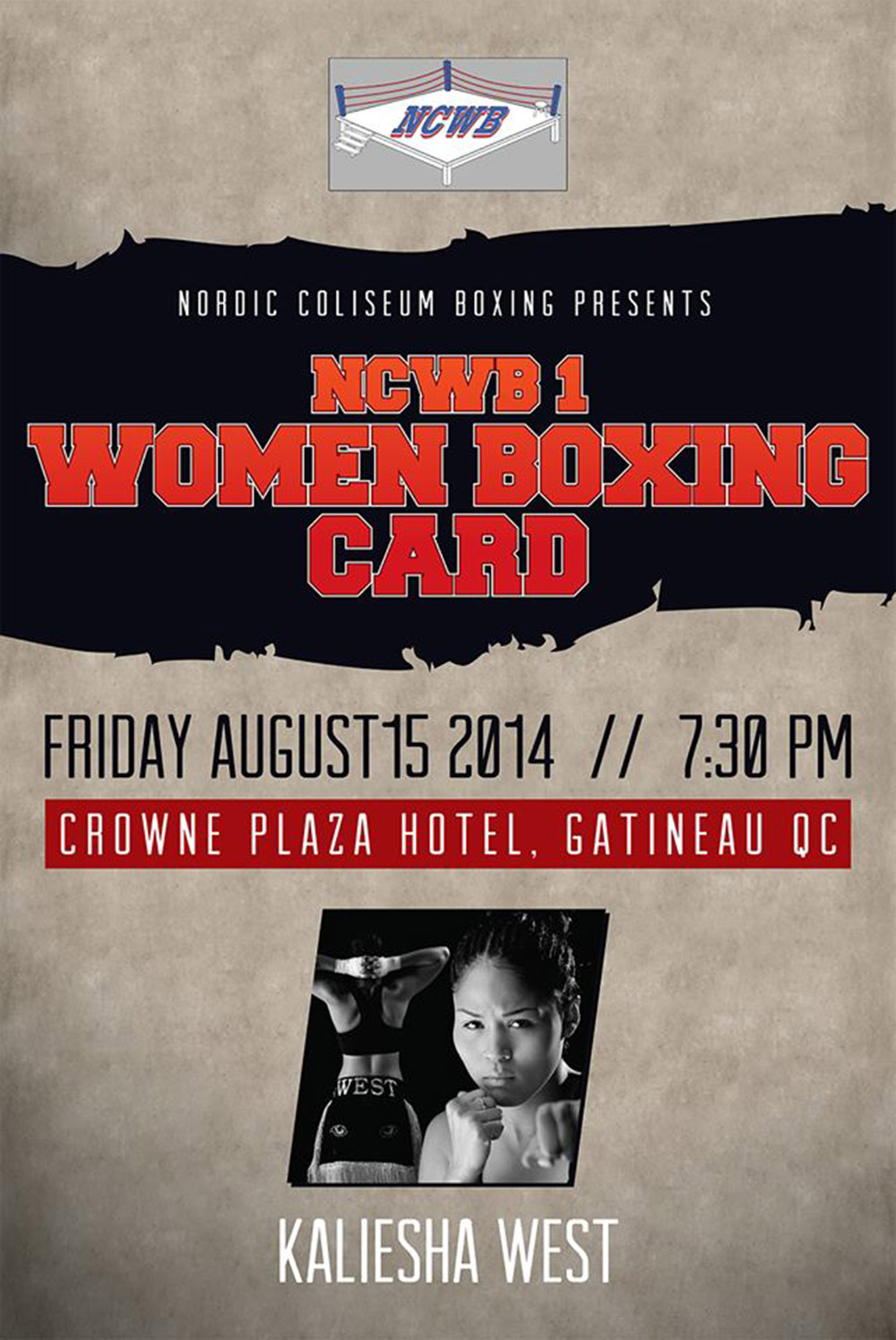 That must have added stress to the event then, we wish you all the best! We know that you announced the event publically back in April, but when was the seed first planted for you? Can you tell us what first made you decide to organise this event?

“I’ve been legally licensed with the Quebec boxing commission since February. My partners and I started shaping up the card in April. Our main goals as a promotion were set since last November. We were waiting for the perfect opportunity to start promoting publicly.”

Difficult question now. Historically speaking, most organisations have unfortunately been wary of committing to all female fight cards. We think this is generally due to two points, firstly the appetite for such events was not what it is today, and secondly, most of those that tried and failed, simply did the event badly. What have you done differently that will make NCWB a success? (which we hope it is!)

“We've been studying the woman combat scene for 7 years now. We believe that women boxing have a lot to offer. Bringing talents from all circles, inviting athletes with boxing-muaythai and kickboxing backgrounds will help promote the women boxing scene to a larger audience. The women roster pool is deeper than most people think. We will try to bring top talent from all over America, to create as much versatile, exciting cards possible”

That’s great, we think that you have hit the nail on the head there. A lot of promoters go for what is cheapest, and their cards just lack a little excitement. Top marks for that answer! 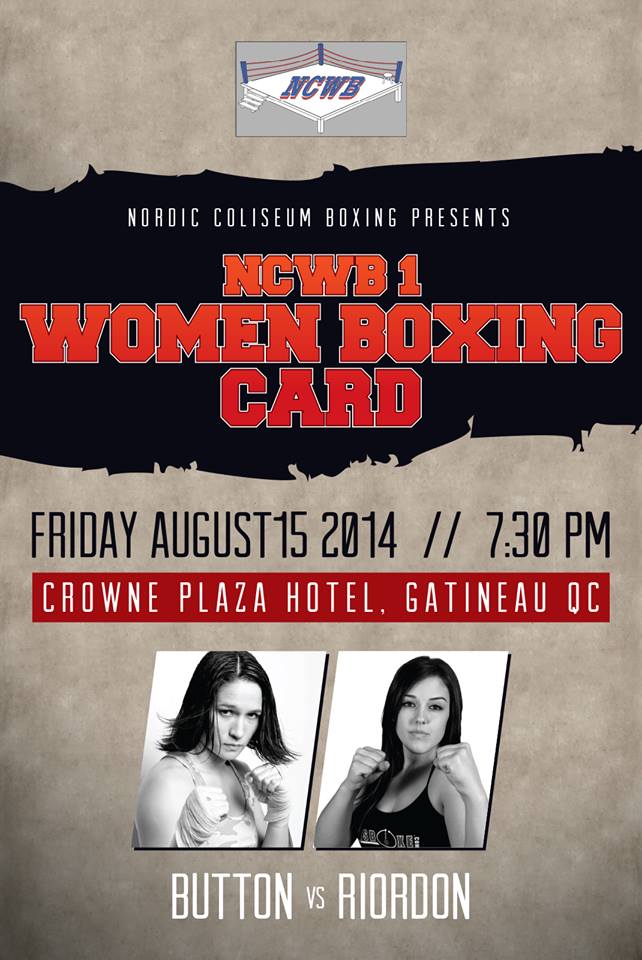 Interestingly, out of the 16 fighters currently scheduled for your card, we count 8 boxing debutantes. The reason we mention this is because each of the debutantes actually have histories in other combat sports. The likes of Kaiyana Rain, Ashley Nichols, Maureen Riordon, in fact all of them have experience. How difficult was it to convince them to try their hands at boxing? And how did you decide who to ask?

“Muaythai and Kickboxing athletes translate very well into boxing in our opinion. Convincing Kaiyana, Ashley and Maureen wasn't difficult at all. A lot of them want to stay active as much as possible. We invited them to our event, because we believe that they will put on great gutsy performances as much as regular seasoned boxers.

We want to build relationships with fighters that bring versatility, diversity to the promotion roster. Maureen's performance on Glory last May was more than enough to convince us to invite her. As for Kaiyana and Ashley, they are well known, seasoned muaythai fighters, they're both making pro debut in Boxing, but with their resume, they should make the transition very easy.”

We definitely agree with you, and they really are just three of the fighters you have fighting. We’ll be interviewing the majority of your card beforehand. Although in Canada with Canadian fighters, your event has fighters from across the United States as well… and initially, you also had Dayana Cordero travelling all the way from Colombia to fight Kaliesha West. This fight was unfortunately cancelled and Olivia Gerula now takes Cordero's place (we'll talk about this fight next). What was the reason that this fight is no longer happening?

“That’s the risk of inviting South Americans. Dayana had visa issues, and couldn’t obtain one in time to travel to Quebec on August 15, although we booked the matchup 3+ months ago. Those procedures take time.” 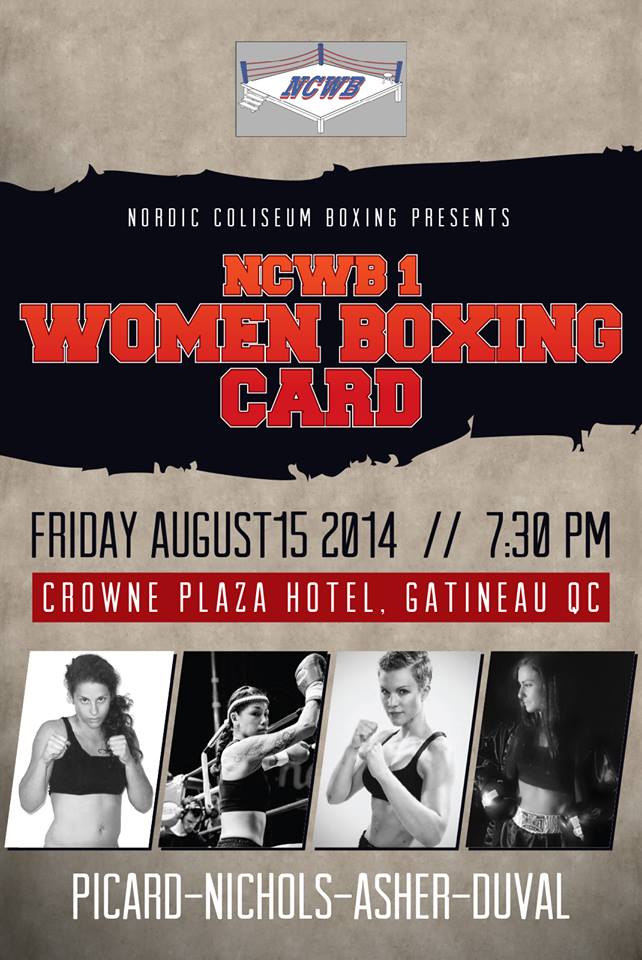 So the main event is USA's Kaliesha West vs Canada's Olivia Gerula, who steps in on relatively short notice. What are your thoughts on this bout?

“At first, we tried to book Olivia vs Lindsay Garbatt as the co-main event. This match got cancelled early. With Dayana's visa issues, we had Gerula on our mind for quite a long time as suitable replacement. We believe that Olivia will bring the best of Kaliesha in this main event. Olivia boxed in so many big time fights, she’s no stranger to high profile matchups. In our opinion, she’s one of the best pound4pound women boxer in Canada.”

Two of the Awakening staff are split on who they are rooting for, obviously the Canadian wants the Canadian to win! OK, we're going to be annoying now and ask you to give us your thoughts on all the other great fights on the card, in a quick fire style…

“2 future stars in the making”

“2 very capable lightweights that match up very well together”

“The amateur prospect from NY vs the veteran from Ontario”

“Perfect example of what we're trying to do with this promotion. Versatile athletes coming together in the boxing ring”

Eloise Picard (CAN) vs Judy Pereira (CAN) 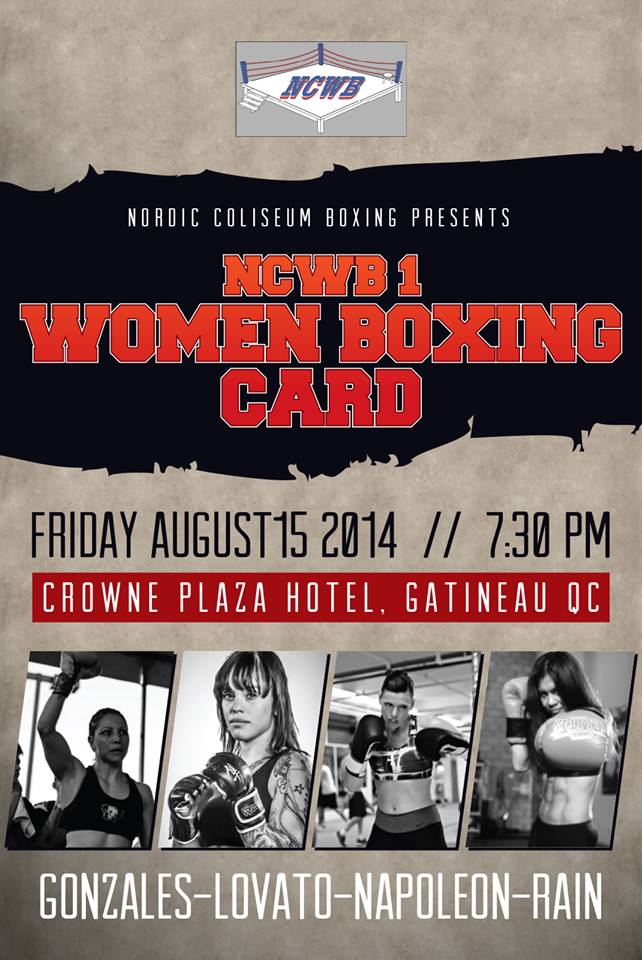 Last but not least, here is an opportunity to let everyone know the ticket details and how they can get them.

“For tickets info, you can either contact us at nordiccoliseumwomenboxing@live.ca or at 819 918 7847. Tickets cost 65$ each. We have group special discounts available. The event and weigh in will be also live online on GFL.TV for 15$.”

We want to thank you again for speaking with us, and we wish you and the event all the success it deserves. We really are excited and won’t miss it!