Finally!! Jessica-Rose Clark has been signed to Invicta FC and will fight in the Bantamweight division!  Lovingly known simply as Jessy Jess, this exciting 26 year old female fighter has been tearing up WMMA in Australia since her debut in December 2012, and many have been wondering when Invicta would pluck her into their ranks. 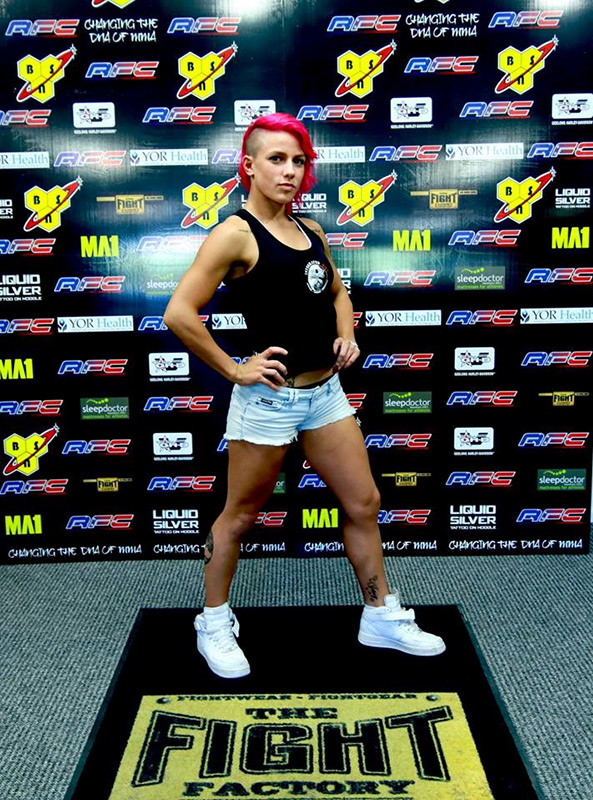 If you haven't seen Jessy Jess fight and are wondering what her style is, she's one of the new breed of fighters that is well rounded, however she has won a string of BJJ accolades this year.  Her professional record currently stands at 5-1-0, with two wins by submission and two wins by TKO. The only blemish on her record being a decision win to Kyra Purcell this time last year.  However, if you take a look at her five victories it would become apparent why there is a buzz surrounding the progression of this young lady. Her most notable victories are against Kate Da Silva, Zoie Shreiweis and Arlene Blencowe. Now most likely struggling to find opponents down under, the Invicta signing has come at a great time. Now we all get to see how she holds up on the world stage!

So, Jessy Jess is finally in the Invicta Bantamweight division.  Here's a list of the fighters in the division that she'll now be competing against:

The date of Jessy's first appearance and opponent have not yet been announced. Although we think there is a big chance it will be one of these three: Maegan Goodwin, Kelly McGill or River Jones.