19 May 2013. We travelled to Barry, Wales to a fight night hosted by Eagles Gym. The reason for travelling was to watch the Lauren "The Hatchet" Huxley fight. Her opponent, Natasha Cunvin was unknown to us at the time, but we'd seen Lauren fight before and were so impressed that we wanted to see her fight again. Lauren is a youngster, but shows a lot of promise and focus…. Dare we say, that of a future World Champion. Any excuse to watch her fight and we'll take it. 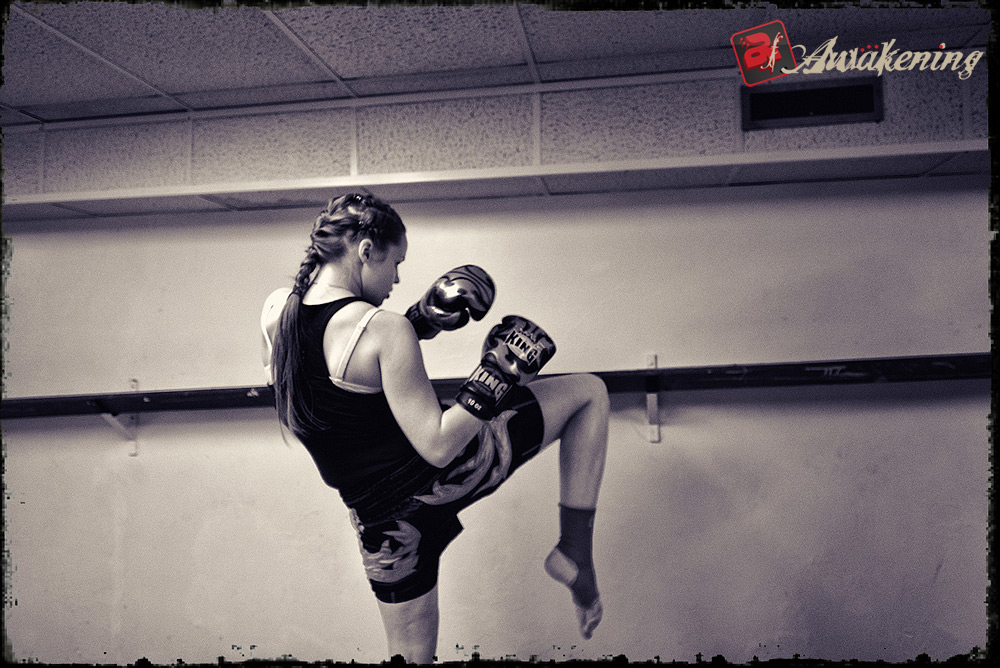 The venue was small but crowded with spectators, the fight night itself was mixed and had around twelve fights. Lauren would be fighting forth from the end. We found out her opponent was to Natasha Cunvin from Newport, Wales. We'd not heard of Natasha and went on the hunt to try and find her.

We found her back stage chilling out with her hands already wrapped, and we started chatting and she's a very friendly girl. This was to be her first real fight, she had had an interclub bout before but that was all. We instantly thought she was in for a rough night, as we known that Lauren - although young - comes with a fair amount of experience for a girl so young. A little later we caught up with Natasha again and found her warming up. We were shocked at her spot on technique, for someone who had never fought before - she looked like pro. With her obviously lean and powerful legs she was throwing high kicks with ease, she looked frightening. Perhaps it was Lauren who should be worried.

Switching back to photograph Lauren we found her also warming up on the pads. We hadn't seen her fight for seven months but we were not expecting such vast improvements since then. Her bag work looked sick! 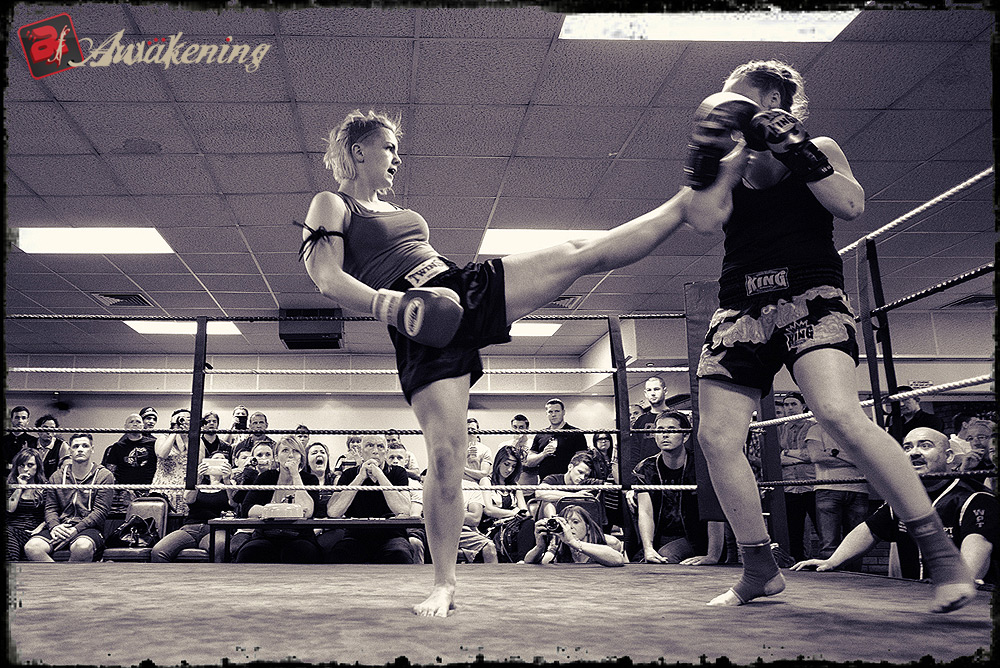 At the beginning of the evening we had assumed that this would be a victory for Lauren, but now we were unsure… Natasha showed incredible skill back stage. As the fight started it was clear that this was going to be a battle. Unlike the previous fights we'd seen of Lauren in which she was cool and collected, she had become much more aggressive… seemingly chasing down the victories. From what we had seen backstage we were actually now expecting a lot from Natasha, and she delivered by means of kicks to the head and body, over and over again. Unphased, Lauren caught one and chopped her to the ground tumbling after her. Natasha seemed to have injured one of her shoulders in the tumble and she couldn't shake it off until late into the second round.

Each round was as ferocious as the last. Natasha was thrown in at the deep end for her first fight, her camp had probably underestimated Lauren. For Lauren, it was the hardest fight of her young career so far - by quite a long way.

Lauren won by unanimous decision in an extremely exciting fight. Lauren "The Hatchet" Huxley is a fighter to remember. We also would like to point out that Natasha Cunvin has what it takes to go all the way in the sport if she chooses to. We'd pay good money to see these girls fight again!