An interview with Farinaz Lari Part 2 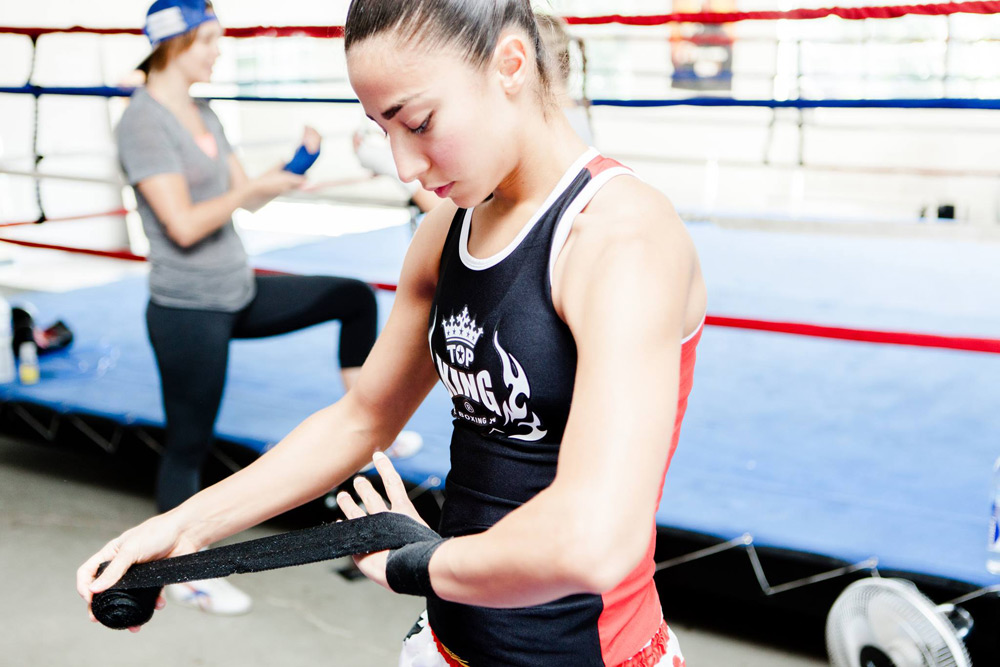 Farinaz Lari Interview Pt.2. This is the second part of the Farinaz Lari interview, here is the link to part one.

You immigrated to Canada in 2010 with your family, what was the reason for this huge change and how do you like Canada?

“My family applied for immigrating when I was still in high school! It got approved when I finished my bachelor degree... so too late in a way.”

“I hated it first because I had to leave my team and my training and my coach. So the first year was really hard for me. But thankfully the head of the federation agreed on keeping me on the team till the end of 2013.”

…and when it comes to finding fights, and comparing the Iranian and Canadian scene… what are the differences?

“Fighting in amateur level in Iran is easy. There are fights every month or two. But fighting in international events are hard... most of the times when they know you are from Iran they don't even want you to fight!”

“But Canada is exactly opposite. First of all there is not that many strawweight fighters! Secondly there is no amateur fights... no national level fights. No organized association in British Colombia! Which is horrible!”

“But thankfully ever since my attendance in world championships they're looking into it... I might be fighting for Canada soon :)” 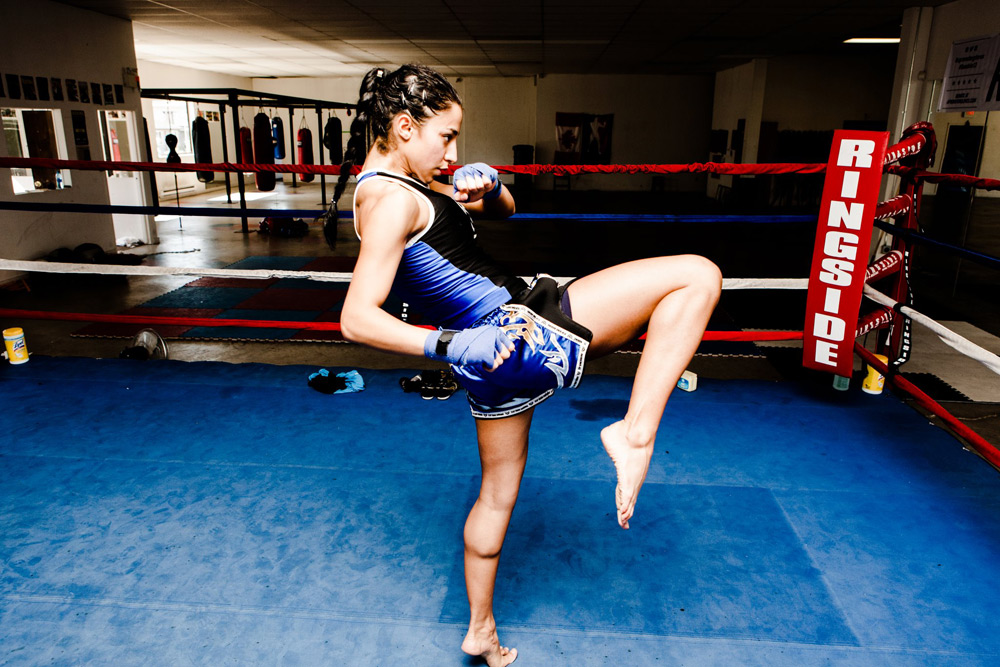 We really hope that happens for you! In 2011 you was a member of the WAKO Kickboxing Women Committee, can you talk us about your role there, and what you have taken away from it?

“In 2011 there was a meeting with all delegations in Macedonia and it was decided to create a WAKO Women Committee in order to address the issues of females in the sport.”

“So far we have been able to address issues like having separate weigh-ins and change rooms and showing the importance of protective gear for women.”

“I'm proud to say that WAKO has approved hijab in 2004 and has many competitors from all over the world wearing hijab.”

“But the Committee also cares about understanding different cultures and respecting them. Which I feel is very important in international level.”

“The main points of the WAKO Women Committee are
• To represent the rights and interests of women athletes/members in WAKO
• To protect equal possibilities for the gender
• To protect and respect of cultural and religious differences
• To cooperate with other WAKO Committees (health and medical aspects, technical needs etc.)
• To cooperate with women committees / commissions worldwide
• To promote women in WAKO”

“Another thing that I want to work on is having an Awakening style Facebook page with our female athletes and trying to promote us and show our activities in WAKO. ;)”

“He was the coach that I started to train with after I knew about the national championships (the one that didn't accept any females). He was my trainer for a year and when I was accepted in Iran's National MuayThai team he stopped training me. After I was not the chosen fighter for the event I contacted him and started training again for another championship event. After that we started spending more time and it just happened that way. He is the single most important person in my life. I have always tried to make him proud, he has always been a person to look up to... both inside and outside of the ring.” 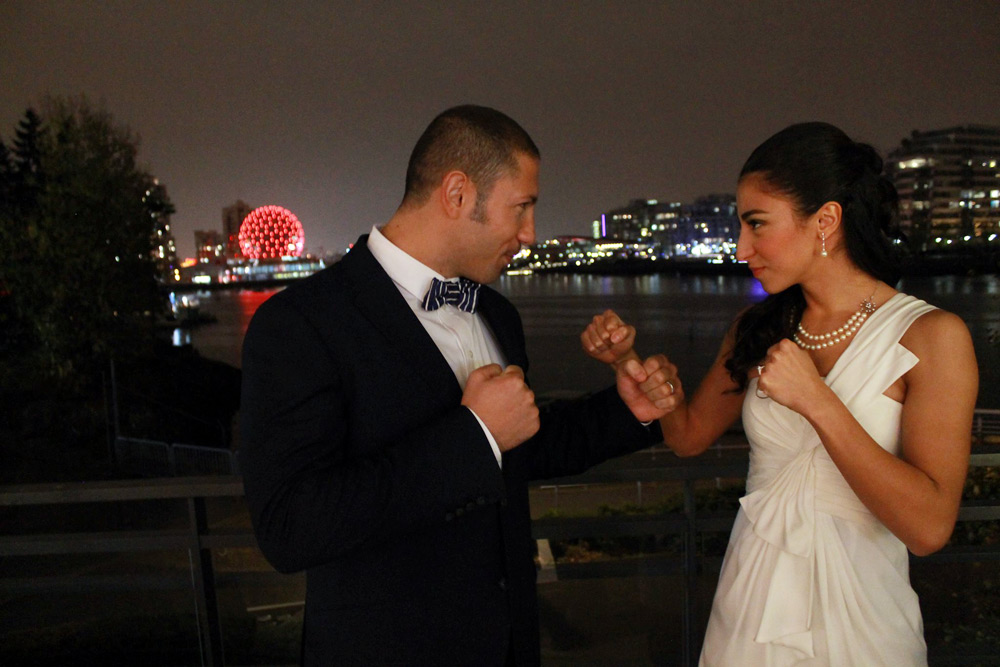 “I think I fell in love with him when I realized how hard he works to upgrade me both in the sport and in life… always wanting me to excel and never limits me.”

“I think he fell in love with me when he lost a fight and saw how I just can't think any less of him than a king of this sport! haha!”

“He moved to Canada a year after me and Iranian tradition is that man and woman can't live together unless they're married. We married shortly after that and have been training and fighting together ever since. I can't imagine a life without him.”

Well thank you so much for chatting to us about your life, and indeed about the Iranian fighting scene - interesting stuff that we don't often hear about! Are there any thank yous or shout outs you would like to do to close out the interview?

“So many shout outs... first is my coach, husband and everlasting love Ali "dagger" Khanjari a true inspiration.”

“Second to my father who has closed his eyes to what he likes for me and opened them for what I love to be. My mother who no matter what she says can't stop supporting me and she knows that because I'm her daughter I can do everything at once.”

“My older sister Farima, who has called me world champ ever since I learned jab.”

“My younger one Farin, who makes me feel like a celebrity.” 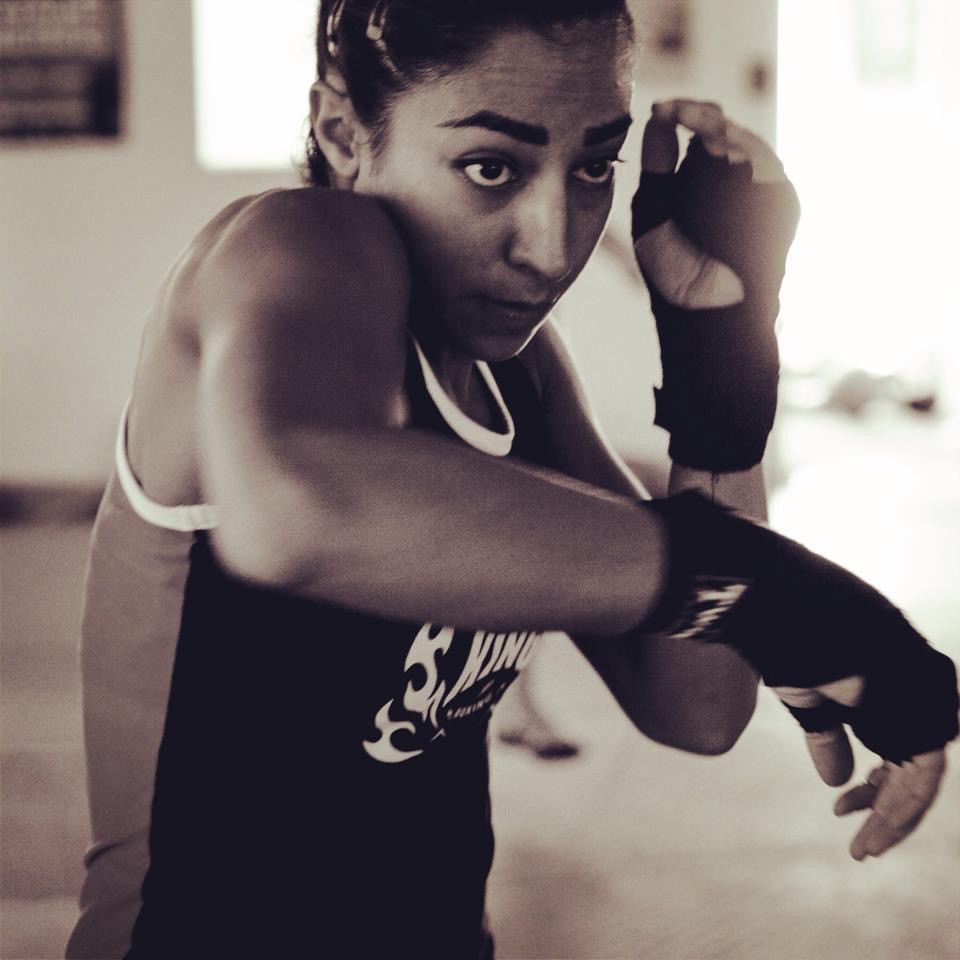