An interview with Farinaz Lari Part 1 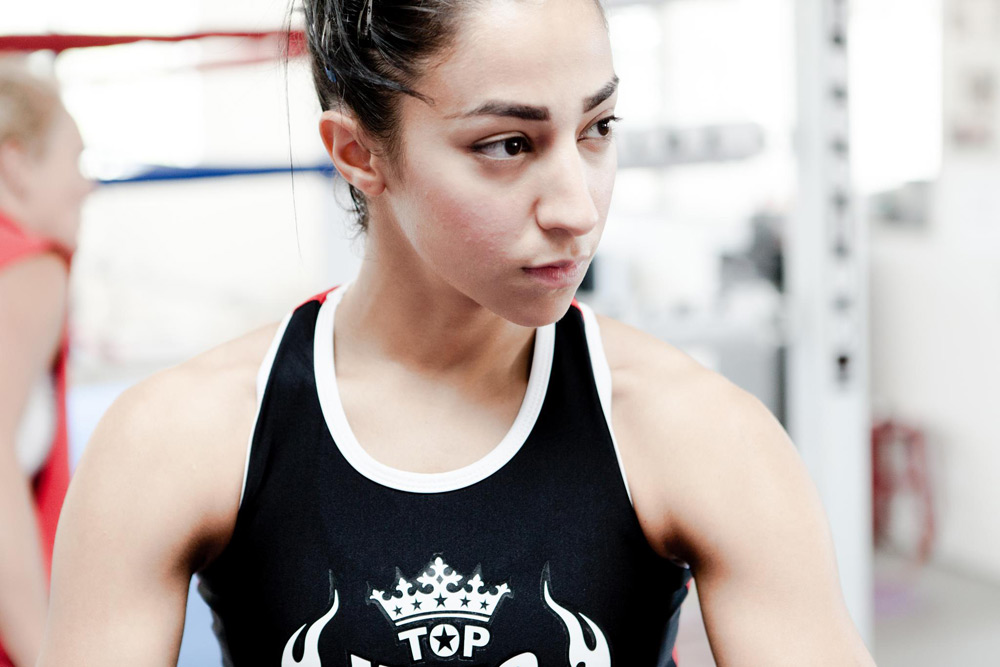 Farinaz Lari is an Iranian born amateur female fighter, in the disciplines of Kickboxing and Muay Thai. In 2010 she moved to Vancouver, Canada. She holds a 2nd Degree black belt in kickboxing and is an amateur world champion! We chatted to her briefly while creating her Awakening fighter profile and found out that she's an interesting lady and we are sure you will agree! We decided to do an interview with her… here it is!

Hi Farinaz, thanks for chatting to us... how are you?

“Hi! Thank you for making time for me! I'm good 🙂 preparing for a fight on July 11th. Very pumped.”

Oh yes, you mentioned to us before that you’re fighting Ann Watkins, we wish you best of luck for that! So let's start with your early years, before you became a fighter. What was it like growing up in Iran, can you tell us a little about your family?

“My family have always provided me with everything growing up and supported me to go to school and work. However as a woman in combat sports it was not as easy... both family and society. One time, I was arrested for running in the park!” 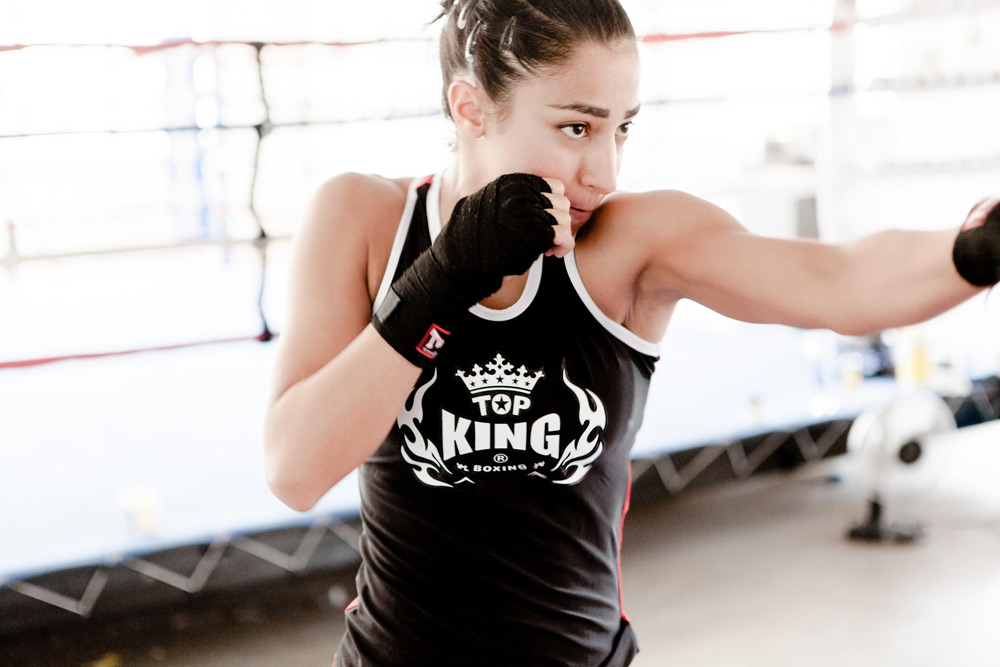 Uh, wow.. we’ve not heard that one before! At what age did you start to take an interest in learning a martial art? ...and to delve a little deeper, if you don’t mind us asking - there is a stereotype of Iranian parents that their love of their children often manifests itself as strictness. What did your parents think?

“I started Kickboxing when I turned 18. I started to work at a store and I took my first pay check and signed up for a Kickboxing class with a friend.”

“Unfortunately combat sports are not common for good families in Iran, especially women. My family always wished I chose a more appropriate sport that suits our image in the society. My mother believed in higher education so before accepting to university (from high school to university) she didn't allow any competitive sports. She wanted all my focus on studying. So when I got accepted to the university I started sports immediately and that summer I was introduced to an all-female Kickboxing class.” 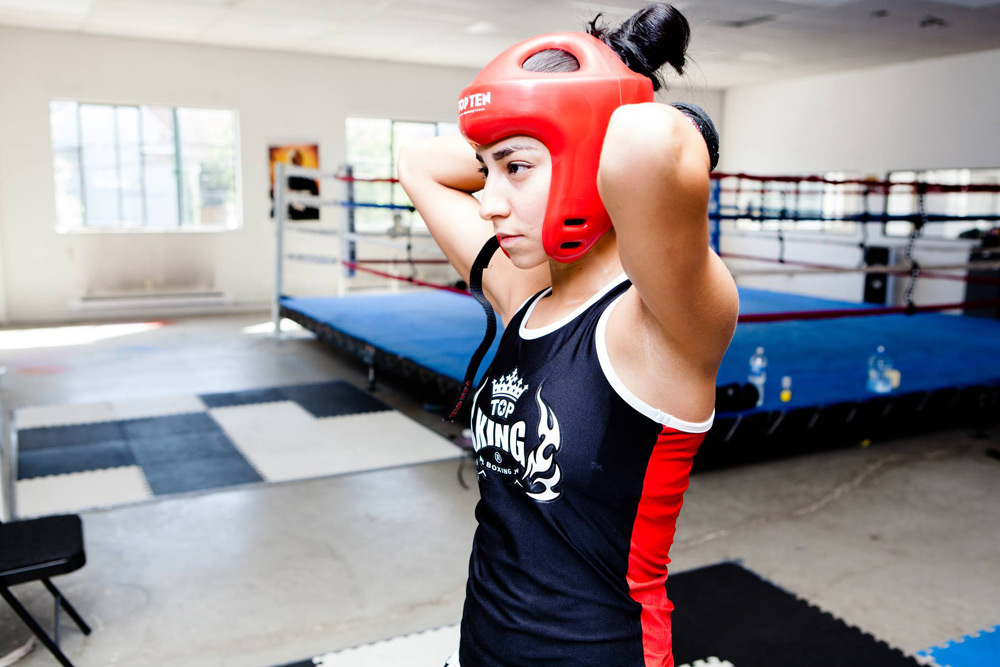 ..and nearly ten years later, what do they think now?

“When I was getting ready for the world championships and World Combat Games, my parents were super supportive. I promised my mother that if I won gold I will continue my education and study for masters.

I really look up to my parents my mother has a bachelor degree in nursing and has 2 master degrees... and this is while she was raising three daughters. My father is a very successful business man. They both supported me mentally for these fights. But now that I have decided to go pro my mom said no more support and only school. I should add that I am following my promise and studying for the masters.

My father was first against it and didn't allow a male coach... the first time I was being sent to Vietnam (as the first Iranian woman ever attending Asian Olympic Committee Games (Asian Indoor Games)) he actually believed that no one can stand in my way and I want to do this and from then he started to support.

The first time he could watch me fight was in Canada... after 6 years!” 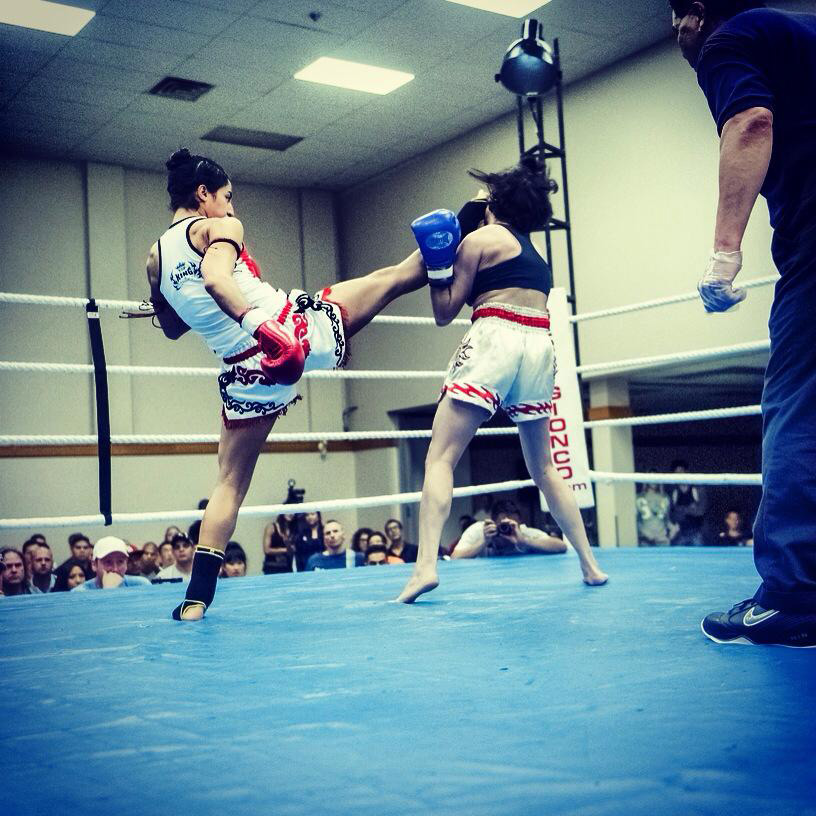 After just seventeen sessions you started to progress in the sport, which is pretty incredible. What was it like taking part in your first National Kickboxing Championship?

“I was athletic because of my gymnastics background. Even then people always asked me if I'm into martial arts! So after 2 sessions in the all-girls class I found out that there was a fight going on and I knew I was not ready so I searched for the highest ranked fighter in Iran and at that time it was Ali Khanjari. whom didn't take any female fighters (because they weren't serious and they were too much trouble!) but after many begging and promises he accepted to train me :)”

“The first time attending the championships was so stressful... in my mind I remember I was thinking it's not just losing it's also being beaten! So it's even more degrading... haha! I was young back then, didn't know how to appreciate being hit by a decent punch or kick.”

Since the 2006 National Kickboxing Championship in Iran, you have won a string of titles and accolades. To date, which on are you most proud of?

“I absolutely am proud of the world championships in 2013. Just because I fought in 2011 and lost the first fight and I looked at the fighters in my weight class and I told myself, I'll be back next time and I'll be the underdog and I'll win you all and show you that even with this stupid costume I can come up on top... I'm trying to say I set a goal for 2 years and I reached it and I'm proud of that.” 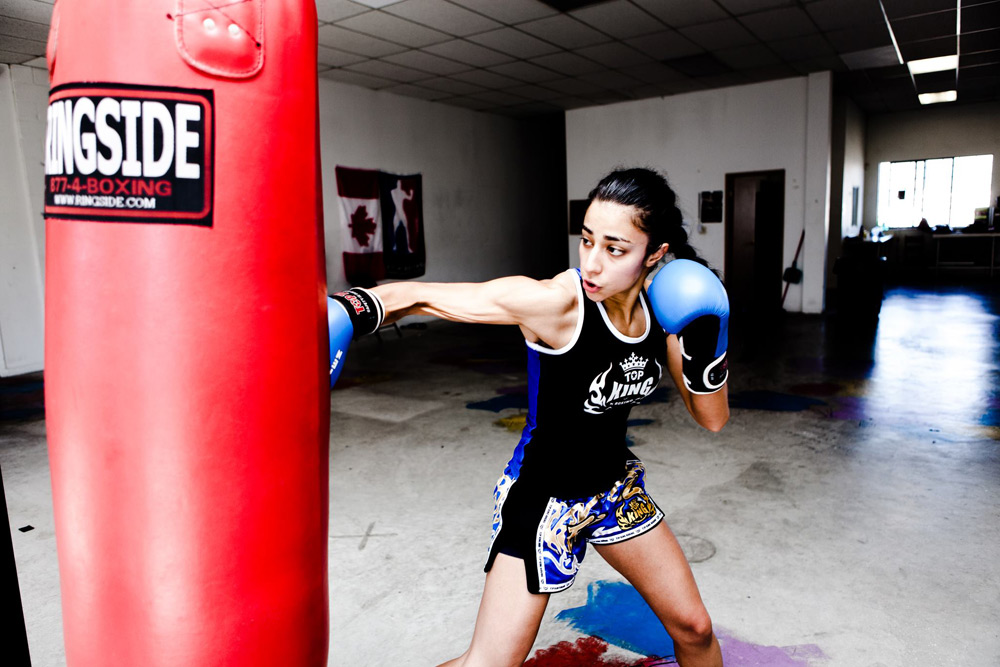 For the benefit of our global audience, tell us a little about the female fighting scene in Iran.

“You would be surprised to know that Iran has a lot of female fighters! So many competitors in MuayThai and Wushu! Because all staff coordinating the events are females so no hijab in the arena!”

Tell us about the hijab and what is it like for a female fighter there?

“Hijab is Islamic cover for women... for combat sports it’s been decided to wear a spandex material around the head to cover the hair and the neck, also underneath the top there is a long sleeve long shirt and long leggings for the bottom. Iran only allows black (some Islamic countries allow white, which is more breathable). Being sent to a foreign country as a representative of Iran women must wear hijab at all times, nothing too tight to show the curves of a woman's body. during competition time the gear that I described above.”

“If there is a slight misstep you will be called for questioning and can be banned from competition. If you do not wear hijab you can be sentenced to jail or get beaten. In each competition the team is escorted by a man and woman security guard to make sure the laws are obeyed! Nowadays you see some girls from Iran attending fights and not wearing hijab and holding iran's flag. Iran does not recognize them or their achievements, in some cases they can be banned from exiting the country in the future.” 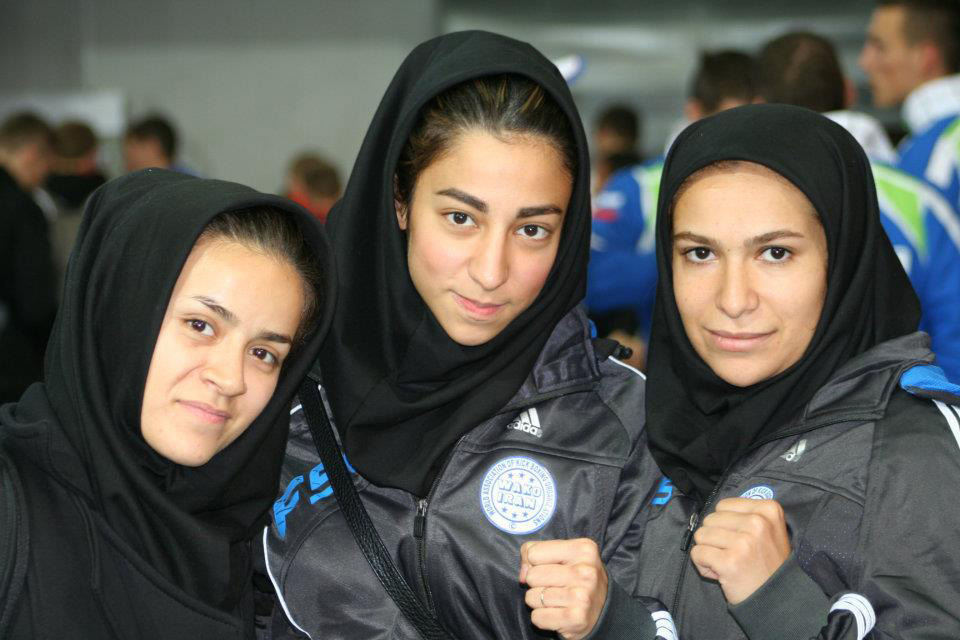 “However because the rules of hijab are very strict they cannot attend many events! For instance IFMA didn't allow women in hijab until 2009 and then again banned them until 2012!”

“Another matter for them is the government itself, sometimes they just don't like the way you look and decide not to send you!”

“The first international fight for me, I had to go to the office of the minister of sports and cry and beg him to allow me to go! …and I personally promised him to get a medal! They finally approved but last minute the president declined my request when I was in Vietnam!!!! It was finally decided at 3am before the day of my fight that I can fight! You can't imagine how stressful it all was!”