Caley Reece is well respected and extremely experienced female fighter from Western Australia. Although known for an impressive Muay Thai career (48-5-0), Caley dabbles in Grappling and holds a Brown Belt in Freestyle Karate. A lot has been going on with Caley recently, so we jumped on her to grab this interview for you. 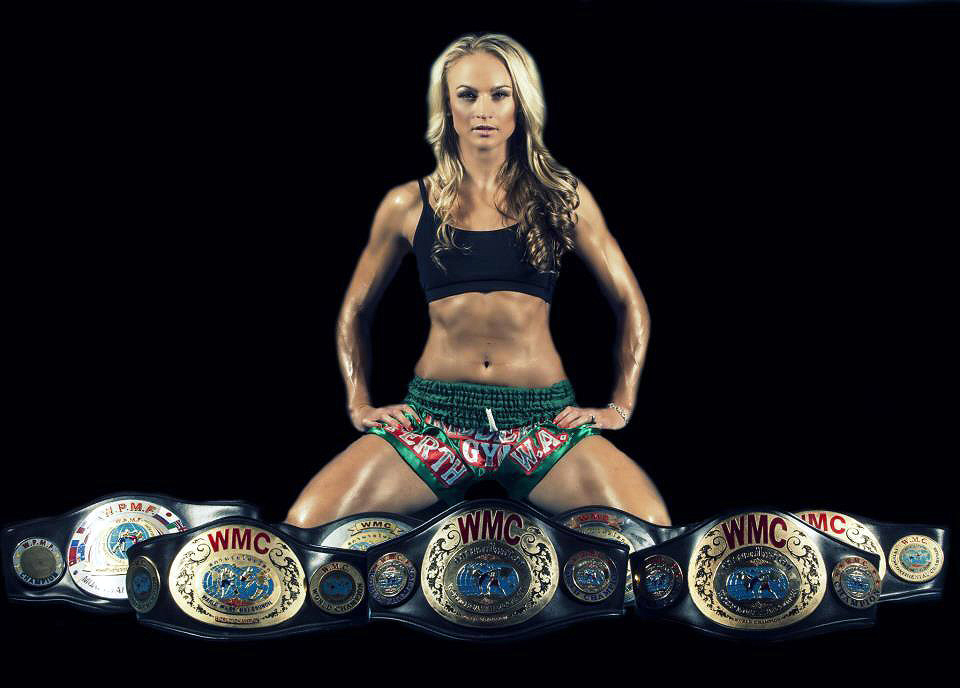 Hi Cales, thanks for chatting to us. We feel a bit cheeky considering what's going on with you at the moment, especially this close to such a big fight. So thanks again!

“No problem, I’m just chilling in my room at the moment so happy to help!!”

So let's start with the big title fight. You're currently in the USA preparing to fight Tiffany Van Soest at Lion Fight 13 on the 7th of Feb. Can you give us your thoughts on Tiffany, and perhaps how you have prepared?

“Tiffany is a great athlete and I'm really looking forward to fighting her. Her style is definitely a bit different but I've encountered similar before from countries like Morocco, Belarus and Russia and they were challenging fights so I'm looking forward to meeting someone like this again. Some of my best fights have been against the western girls as opposed to Thais so I'm sure we will put on a great show.” 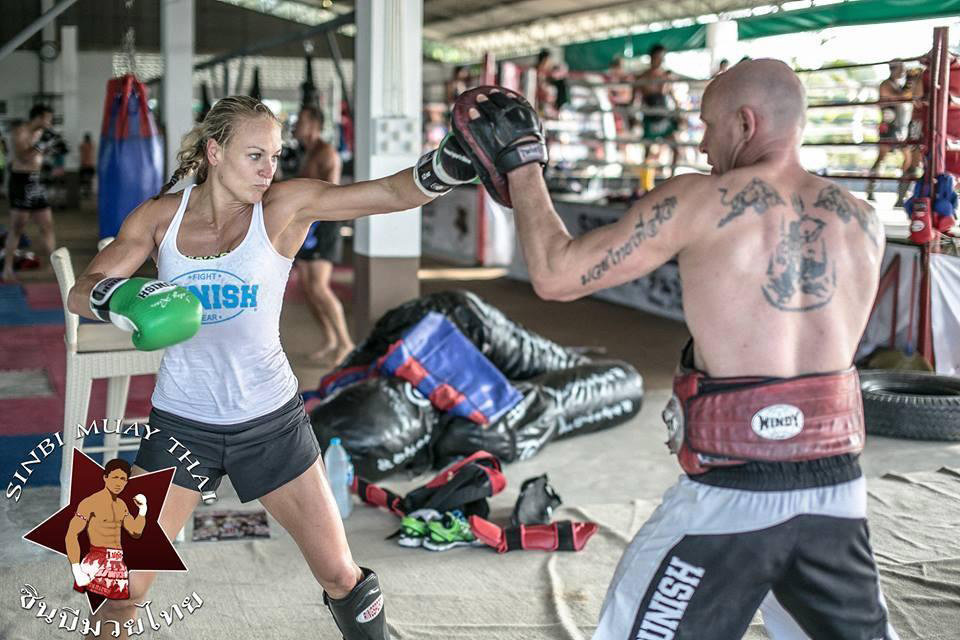 Is it tempting fate to ask you for a prediction of how the fight will go down?

“I never really give predictions. How does anyone really honestly know how a fight is going to go. It's impossible to say. I'm ready, I'm fit, I've done the training. So I will do my best once I'm in there and what will be, will be.” 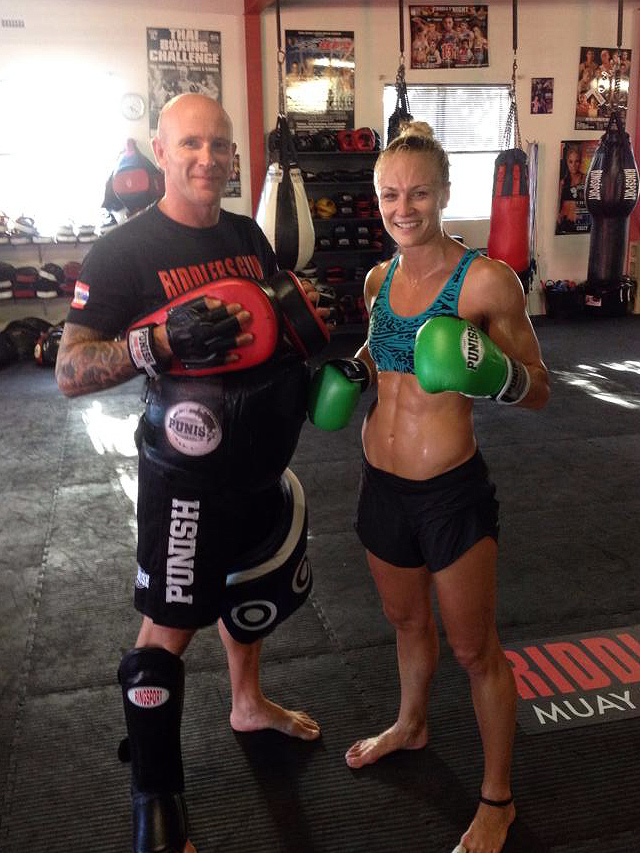 Lion Fight 13 is a landmark show for the production, as this will be their first female main event fight. As a two part question, how does it feel to be a part of this big occasion for female Muay Thai? And how do you think this affects female Muay Thai fighters and the scene in general?

“As Tiffany is probably the same, I'm extremely grateful and excited to be part of the first female main event on Lion Fight. Obviously it's a big risk, but I feel with the Rousey/Tate fights recently, it's helped build the popularity of females so I think Lion Fight have chosen a good time to do this.”

Coming out of retirement must take a lot of consideration. We know there are a lot of people that are extremely excited to see you getting back in the ring on such a big stage. What is it that made you decide to take the fight?

“I’ve had a few fights since being back and I felt that when I finished, after having some time off, that my passion for fighting and training hard was still so high, that in order to stay happy, I needed to put back in what I took out – which meant return to the ring. I had a couple of big fights offered to me straight away which of course I took, and then the chance to defend my own world title which I will be doing against Thai superstar Sawsing Sor Sopit next month.”

Do you have any further fights after the world title defense?

“I’m fighting in April and again in May in Malaysia.” 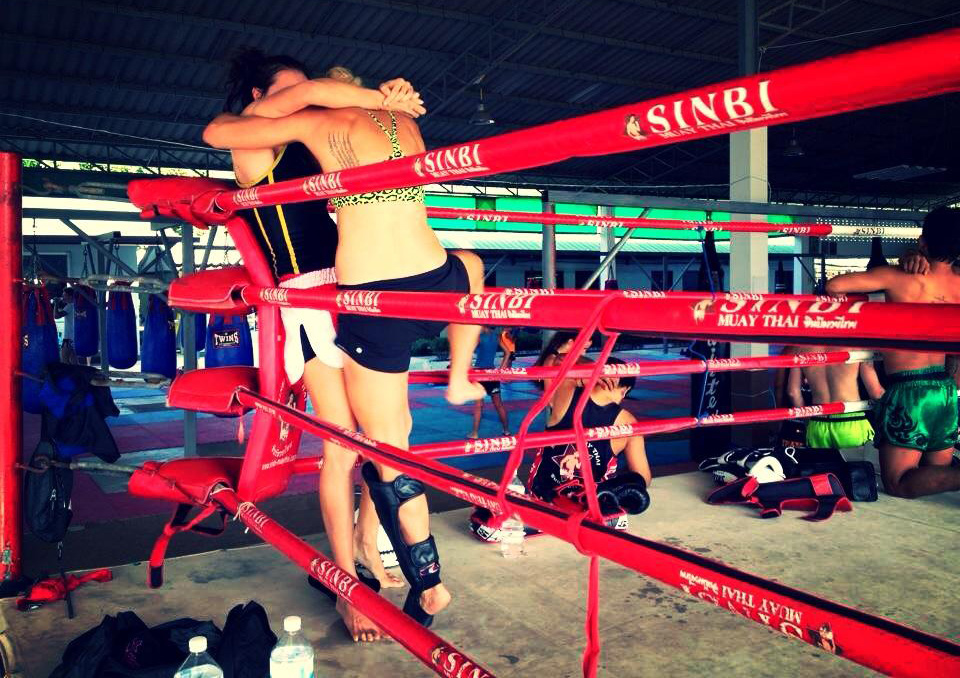 Taking a look back at your career now. You started training at 19, and took your first fight at 25 - which means since that first fight, in nine years, you have an incredible record of 47 wins, and just 5 losses. Of those wins, which are you most proud of… and you can of course name more than one!

“I’m really not prouder of one and more than others. I’ve learnt that this really is just a sport and I’m proud of all of my fights, even the one I’ve lost. My fight with Valentina, even though I lost, is probably one of the most proudest because to get her in the final, I had to beat the Champion of Morocco and Belarus first.”

Hindsight is a pain in the ass, but… if you had the ability to turn back time, is there any part of your career you would do differently?

“If anything, start fighting younger. But that's all.”

As an athlete that now inspires young fighters, can we ask.. When you first began training, did you have any female fighters that you looked up to and inspired you? 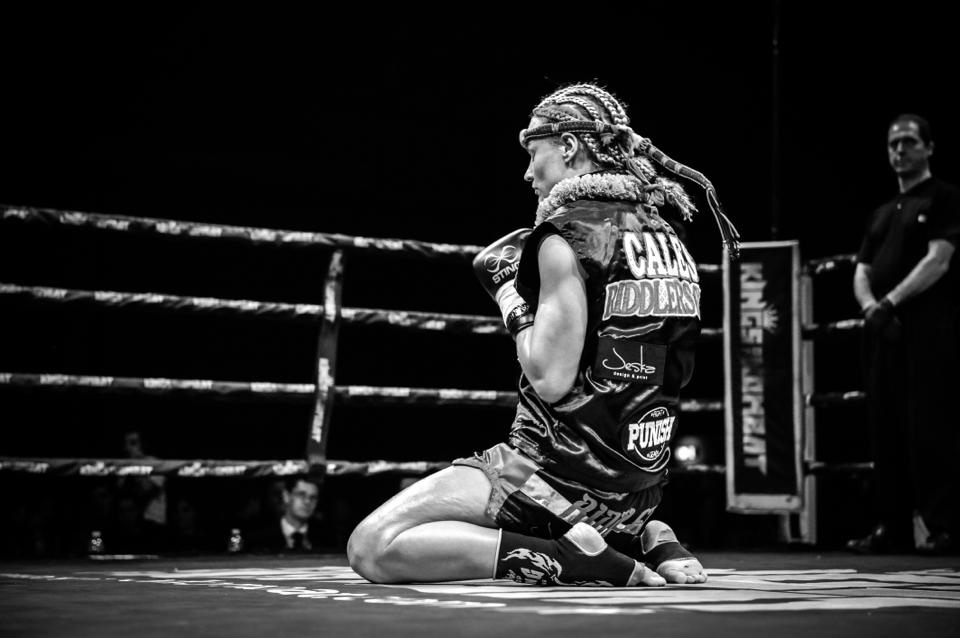 Are there any fighters that you are excited about? Perhaps from the Australian Muay Thai scene?

“Kim Townsend from my gym who is on a roll. 20 fights 17 wins
Kristan Armstrong, Kim Law, Theresa Carter, we have many great fighters in our country - these girls have the goods - it's whether or not promoters can afford to bring them opponents. That's the hard thing about living in Oz. unfortunately it gets very expensive and a lot of the time they tend to fade out because of the lack of opportunities.”

You recently landed a role with IFMA's Oceania Female Commission, can you tell us a little about that?

“Sue Latta and I were talking and decided it would be a good idea if I jumped on board and helped to promote females, obviously with the focus on Oceania athletes. Together, we really want to try and build Oceania and get the girls recognition because it’s difficult for them to get known or heard, especially if they are shy. The Facebook page is now nearly 600 likes in a couple of weeks so it's growing quickly which is what we want. She does an amazing job so I'm happy to work alongside her and get the girls out there. I really want to help promote the junior athletes coming up through too, because this is the future of our sport and I believe its super important not to just concentrate on the who's who now, but to have plans in place for the future.”

Well we could go on for ever throwing questions at you! But we'll respect your schedule and let you get back to it. Perhaps we can grab you again sometime! Before we close, is there anyone you would like to mention or thank?

“I would like to thank;
Punish fightgear
Cooee Crossfit
NRF Australia
Jeska Design
My trainer, husband and kick arse best mate Daz
And last but not least my friend and one of my training partners Kim Townsend. She knows why.”

Thanks again Cales, we wish you all the best for the Tiffany fight.. And indeed with life in general!