Wing Chun was developed in China. It is a dynamic principle-based Chinese martial art mainly utilized for self-defense. It is a form of close-range combat and it involves movements like strikes and grappling. There is a lot of confusion about the origins of this martial art, but that does not take away the effectiveness of this fighting style which enables a person to grow physically, mentally, and spiritually.

‘Wing Chun’ is Chinese for ‘pinyin’. When translated, it simply means ‘spring chant’. Other terms that are associated with ‘Wing Chun’ are ‘Ving Tsun’ and ‘Wing Tsun’.

It is also sometimes represented with characters that imply the meaning of ‘eternal springtime’. Some other explanations include ‘forever springtime’, or ‘praising spring’ as well. The phrase ‘eternal spring’ is also used to represent the southern Chinese martial arts, Weng Chun Kung Fu and Yong Chun.

Tracing the roots of Wing Chun in history can lead you into oblivion. The knowledge of this combative art had been passed over through word of mouth with no written records to prove its existence. Its accounts began appearing in 3rd party narrations during the times of Master Leung Jan, and thus began the documentation process which could be verified. The history of Wing Chun is laced with mystery, and it is said that myths were created to hide the identity of the political rebels who had developed the art.

Coming out of the myths to the testimonies in history, evidence pointed to the development of the art around the time of civil turmoil between 1644 and 1911. It was the time when China was ruled by Manchurians, whose population accounted for just 10%, the remaining 90% were Hons. Hence iron fist was required to prevent the takeover, and the Manchurians banned all weapons and martial arts of Hons, which forced the masters of the art to go underground, only to regroup and instigate an uprising against the oppressive rulers. When the different underground rebels met, they coined secret hand signals to identify themselves and these are still practiced today as formal greetings. Hence, to out throw the Manchurians, the rebel masters developed a new fighting system, which came to be known as Wing Chun.

The 3rd Saturday of March has been allocated to International Wing Chun Day. And the day is observed by its diehard followers who have kept the flames of Wing Chun burning. On this day, all the lineages of Wing Chun prove their salt by organizing events that promote awareness of Wing Chun. On this day free demonstrations, seminars, free introductory classes, and speeches are commonly held.

There is a legend of a young woman named Yim Wing-Chun, a martial art expert, as narrated by Yip Man. It takes you to the time when the Southern Shaolin Temple was destroyed by the Qing government. The legend says that a warlord was bent on marrying Yim Wing-Chun, but she turned down the offer. Upon persuasion, she laid down a condition that if the warlord beats her in a fight, she might think of giving herself up to him. She sought the services of a Buddhist nun, Ng Mui, one of the survivors of Shaolin Sect, to teach her the art of fighting. The legend further states that Ng Mui opened up her heart to Wing-Chun, and taught her a new art of fighting which she had developed by watching a snake and crane in combat.

It is said that Yim Wing Chun beat the warlord to a pulp in one-to-one combat using this style. And since the new art was still without a name, Wing Chun was considered appropriate.

A compact, multi-functional First Aid Kit that consists of everything you need to clean and dress minor wounds, injuries & sprains.

Used in many clubs throughout Britain. A metal Chinese broadsword with red and green nylon coloured scarves. 81cm long. 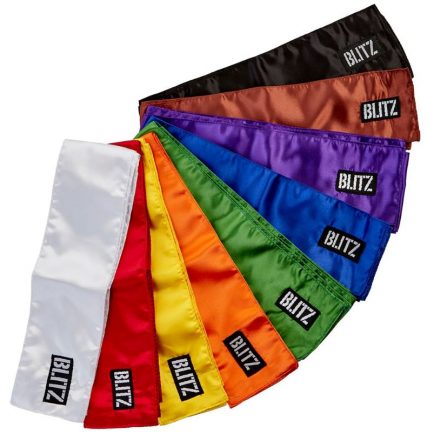 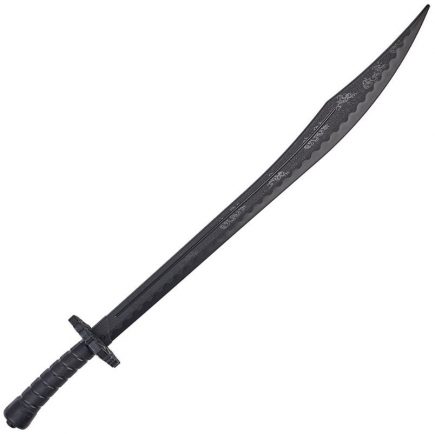 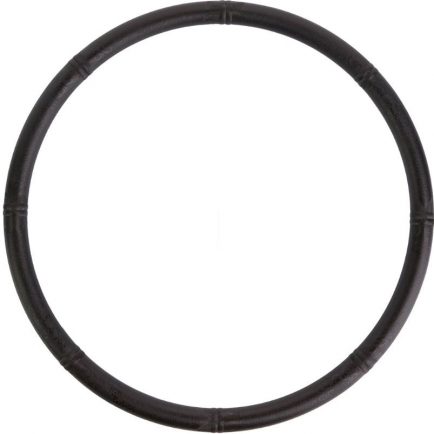 Designed to test and practice hand positioning and distance, the Blitz Plastic Wing Chun Chi Sau Ring is used as a training tool.

Basic gym or sports bag with a large main compartment. Two carry handles, one side handle, and one adjustable shoulder strap. 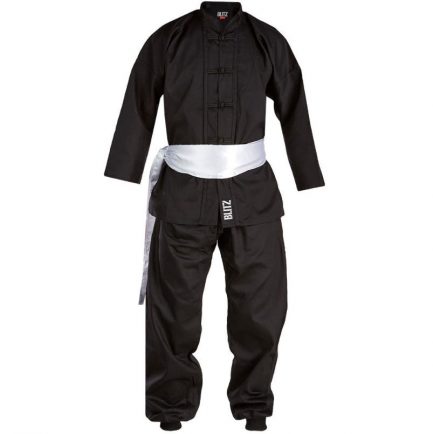 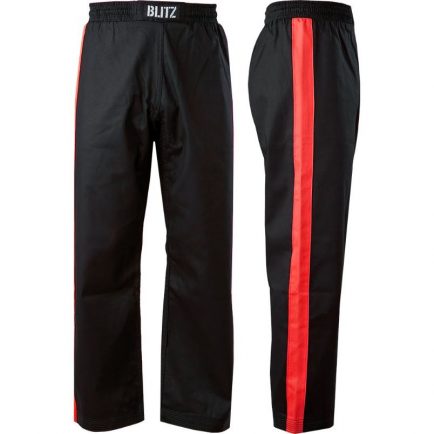 The Blitz Club Full Contact Trousers are ideal for all styles of Martial Arts and comfortable trousers to wear during intense training.

Wing Chun was developed in a haste, and its design is to make trainees ready for combat in a short period of time. The martial art philosophy is to make people of all ages, irrespective of their gender, apt in fighting skills. It has incorporated movements that are universally time-tested by humans and animals, and they are very practical. The art teaches not only about fighting techniques but about moral values as well. Its philosophy also includes respecting the elders and serving your country. Its philosophy urges practitioners to limit their physical desires and maintain the proper spirit.

The contents of the code of conduct written by Ip Man, which he wanted the practitioners of Wing Chun to follow, became the official rules and moral responsibilities of practitioners. Some of the gentleman rules which practitioners have to follow strictly include behaving in a disciplined and ethical manner. The trainees are preached to stay united, show love for each other and stay away from conflicts. The practitioners are also expected to help the weak and support the young. The use of this martial art should be for the betterment of humanity. And the golden rule is not to break any of the rules and to help promote this Chinese art.

With the Manchurians hot on the heels of rebels who had managed to escape the massacres, the fleeing monks and rebels were honor-bound to keep the culture of the secret art alive. Hence, the knowledge was passed on from the teacher to the student. Ultimately the baton went to two monks, Yat Chum Dai Si, and Cheung Ng. And eventually, Cheung Ng formed the ‘Kihng Fa Wui Gun’ or Beautiful Flower Society, which lent its roots to the development of Hung Suen or Red Boat Opera Troupe.

The Red Boats were on stage for live talented performances, including gymnastics and Kung Fu, and they served as a perfect disguise for the secret rebels who joined the troupe. The rebels stayed hidden in the elaborate costumes and stage names while their true identities were known only within the inner circles.

The combative art of Wing Chun has also made it to the movie screens, where Ip man series and Bruce Lee did their spadework for popularizing the martial art.