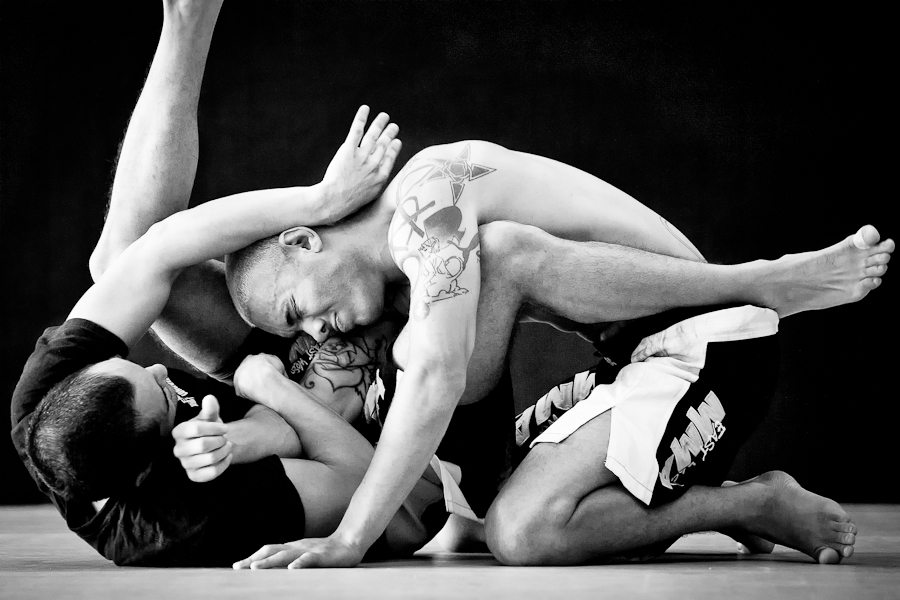 The term “submission wrestling” is a compound word that describes the act of wrestling in order to attain submission from an opponent. It is composed of a Latin word:

And an old English term:

• Wrestling – Sport of grappling or throwing.

Many Mixed Martial Arts styles use the term to specifically refer to the grappling techniques they teach, as the term implies a separation from one set style. Submission wrestling can be thought of as its own entity or as part of a larger form of combat due to the popularity of its practice.

It is rumored that many of the United States’ historical presidents were expert grapplers, practicing a mixed form of western wrestling techniques that would loosely be considered submission wrestling by today’s standards. Submission wrestling’s earliest pioneer, Erik Paulson, was the first American to World Light-Heavy Weight Shooto title. Previously, this had primarily been won by native Japanese contestants, marking his victory as a particularly historic event in the sport.

The philosophy of submission wrestling is one of mixing styles, techniques and platforms to create the most efficient form of taking down an opponent and getting a submission. Submission wrestling views any form of locking, grappling or holding method as worthwhile if it succeeds in making the opponent submit. Like other forms of Mixed Martial Arts, the emphasis of mixing fighting techniques is tantamount in its role and outlook. Unlike other forms of Mixed Martial Arts, there is an extremely limited ranking system. This adds a level of minimalism to a style that is brimming with complexities.

Given the extreme level of variety and endless blending of techniques found in submission wrestling, the rules vary with each organization. There are certain rules that transcend all schools and organizations, however. Striking is strictly prohibited in all forms of submission wrestling. Other techniques that are forbidden include gouging, head butting, grabbing the throat, hair pulling, small joint manipulation and ear tugging. Though there are moves that are not allowed, submission wrestling generally allows techniques banned in other forms, such as neck cranks and spine locks. Another universal rule is that opponents must grapple only in the matted wrestling area.