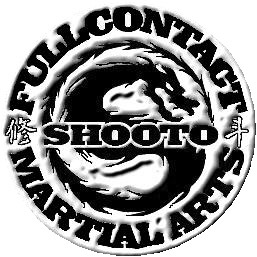 Shooto is a relatively young martial art league. Its origin can be traced to the combat sport of ‘shoot wrestling’. This form of martial art was formed in the year 1985 and since then, it has seen a steady rise in its popularity around the world. The man behind developing Shooto is Master Satoru Sayama. A life-long exponent of Judo, Karate, and Muay Thai, Sensei Sayama infused Shooto with the best techniques and practices that he came across during his years as an active martial artist.

The name Shooto came into the martial art lexicon well after the combat sport was first introduced. In the beginning, it was simply known as “New Martial Arts” (Shin-Kakutogi). Soon after, the name ‘Shooting’ became popular, which in professional wrestling terms means a ‘serious match’. However, anticipating a confusion with sports based on actual shooting, this new martial art was named Shooto (pronounced Shu-to).(1)

Sensei Satoru Sayama first envisioned a martial art form that was highly combative in its entirety. He soon followed his passion into professional wrestling and received tutelage from a number of established martial artists across different combat sports. Prominent among these were Muay Thai, Russian Sambo, and Catch-As-Catch-Can wrestling.

An acclaimed Judo exponent, Sayama pursued early retirement and ventured into developing a set of realistic fighting skills and maneuvers that would go on to become the hallmarks of Shooto fighting. He first began imparting Shooto training on a larger scale at his very own Tiger Gym in the year 1984, which was exactly a year after his retirement from professional wrestling.(2)

Exactly two years after Sensei Sayama started teaching Shooto to students. The first amateur event saw light of day in 1986. The first professionally managed event, however, didn’t take place until 1989. The first national level Shooto tournament was held in 1994. Named ‘Vale Tudo Japan’, the event proved to be a success with significant participation from non-Japanese contestants as well.

The end of Shooto as a solitary organization came about in 1996, when three separate bodies, namely World Shooto, the International Shooto Commission, and the Shooto Association, were formed. The transition from a derivative martial art to a separate combat sport with its own governing bodies was now well and truly complete. Since the ISC came into being, a champion in Shooto holds the title of ‘World Champion’.

Shooto was brought to American shores in the year 1991 by one of Sensei Sayama’s most famous disciples, Sensei Yorinaga Nakamura. Starting off at the Inosanto Academy, Sensei Nakamura tutored eminent martial artists like Erik Paulson, Dan Inosanto, Ron Balicki, Larry Hartsell, among many others.

Efforts towards popularizing Shooto through events and tournaments across the American continent and other parts of the world are in full swing. With increasing support from promoters, the sport is poised to see a surge in popularity.

One of Sayama’s biggest motivations as he developed Shooto was to give rise to a combat sport that was realistic and high on skill. Popular legend has it that he wanted Shooto to be different from the kind of professional wrestling that was popular in Japan back then. Instead of the predetermined results of the latter, Sayama wanted Shooto to be original and innovative. This led to him borrowing elements from a number of already existing martial art forms including Muay Thai and classic English Wrestling.

The philosophy behind Shooto was to develop a system that leveraged the best and most effective techniques across the many martial arts that Sensei Sayama came across in his life. Having already won acclaim as an established professional wrestler, he set his sights on developing a sport that would combine the showmanship and excitement of live combat with the sportsmanship and integrity of martial arts.

Shooto borrows heavily from Muay Thai. A Shooto fighter can make liberal use of punches, kicks and knee strikes to any part of his/her opponents’ body. Additionally, techniques like throwing, tackling, sweeping, ground fighting, and many variants of submission locks and chokings are brought into use as well.

Although Shooto makes use of techniques from numerous martial arts, it is governed by a comprehensive set of rules and regulations covering protective equipment, the number and length of rounds, weight classes etc. Shooto disallows forearm and elbow strikes, eye gouging, biting, head-butting, hair pulling, and attacks on sensitive areas of the body. Amateur Shooto warriors must wear head protectors, shin pads, and kneepads. Shoes or any other type of footwear is not allowed though.

5 minutes are allotted for every round in Shooto (3 minutes for amateur competitions). Matches featuring Class A fighters consist of three rounds while those for Class B and amateurs comprise of two. Every round is interspersed by a 1 minute interval. Shooto combats are fought on a square ring.

In Bruce Lee’s hugely successful Hollywood debut ‘Enter the Dragon’, the actor is shown engaging in an unconventional type of combat that borrowed cues from other martial arts. That sequence is acclaimed as the debut of a new type of combat sport, which later led to the birth of modern day Shooto.

Shooto’s influence on popular culture is restricted on account of the sport itself being quite young. However, MMA (Mixed Martial Arts) enjoys a lot of popularity around the world. Shooto and MMA are very identical except that the former is heavily based on Shoot wrestling. MMA is patronized by many celebrities around the world and has been featured as the centerpiece of many fighting based television shows like the UFC.