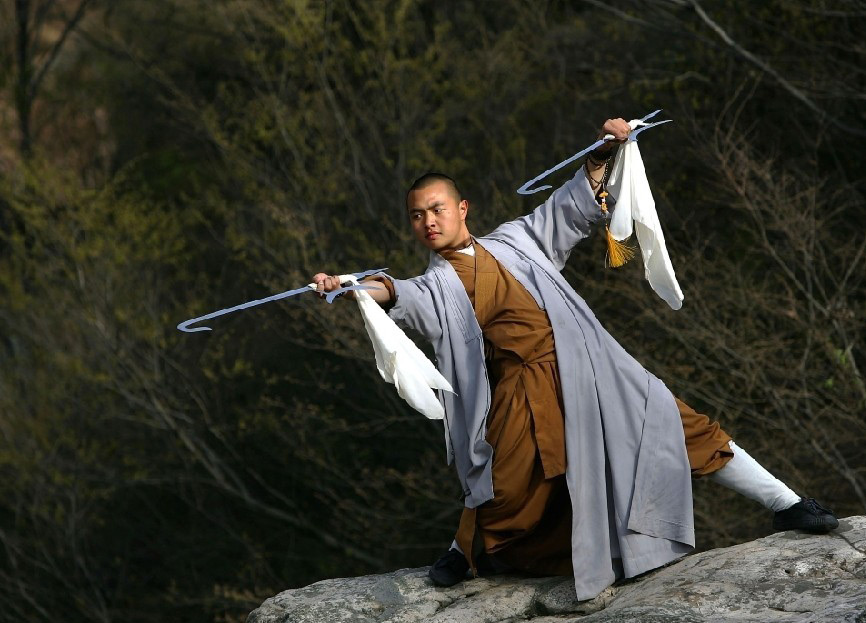 Kung Fu is a term coined by Westerners and while the term has been globalized, the concept has and always will be of Eastern origins. It is the outcome of when mindsets of two countries come together and of a combination of mental and physical strength – it is Chinese martial arts. After the initial teaching by Da Mo, it developed in China for centuries into numerous fighting styles and became more than just defensive manoeuvres, which were studied from mammals, birds and insects. Today, Kung Fu is the study of not only defensive manoeuvres but also ethics and harmony.

In Western culture, ‘kung fu’ and a related term, ‘wushu’, are the original words for Chinese martial arts although both words have much more depth than simply martial arts.

In regards to ‘wushu’, the first part ‘wu’ is translated to ‘military’ or ‘martial’ and ‘shu´ is derived from the symbol for ‘discipline’. Put together, it is said to be a literal translation to ‘martial arts’ although the foundation of the term should be noted.

The much more common term ‘kung fu’ is not used in Mainland China while other communities such as southern China, Hong Kong, South East Asia, and Chinese communities overseas generally use it. ‘Kung Fu’ can be literally translated to ‘work intensity’ meaning, “an achievement of great intensity”.

Kung Fu is said to have been conceived in an era of conflict, when fights were common among tribes or even between humans and animals. Following these battles, people learned and passed on those developed techniques through generations. Initially, the fighting stances and styles of animals were imitated as they were said to have natural instincts for conflict and survival. As time continued, these techniques developed into a means of channeling inner conflict.

One of the most influential individuals credited to the early contributions of Kung Fu was the Indian monk Da Mo, commonly known as Bodhidarma. He was a Buddhist and a prince of a southern Indian tribe. He was invited to China by the Liang Wu emperor. After opposing opinions between himself and the emperor, Da Mo went to the Shaolin temple, where he found the priests to be lacking in physical strength. Following a nine year seclusion period, Da Mo emerged with two classic writings known as Yu Jin Jing & Xi Sui Jin. Through these works, the priests learned to amplify their physical health and were also surprised to find an increase of physical strength.

Thus began the centuries of conflict, development and resolutions which have created the Kung Fu known today.

In today’s world, Kung Fu has become an increasingly popular traditional sport within and outside China. Since it is so popular, it has become one of the representatives of China’s culture. Some popular fighting styles are the Shaolin, Tai Chi and Qigong which have a large global following.

A common misconception is that Kung Fu is merely for combat instead of for virtue and peace, as intended. These are the values that many masters have maintained since ancient times – to be harmonious with nature. The techniques for increasing physical fitness have stayed the same and in the past decades, weapons and international fighting styles, such as Boxing, have been incorporated into Kung Fu.

There are numerous schools specializing in Kung Fu, with the Northern and Southern China differing in styles and techniques. Some of the most influential schools are Shaolin Martial Arts, Wudang Martial Arts, Emei Martial Arts, Eight-Diagram Palm, etc.

Since Kung Fu is said to exist since around 536 C.E., it has been integrated into many folklore. The most influential myth revolves around the Eight Immortals. They were saints who had their powers embodied into eight different ‘tools’ which could either be used for destruction of evil or granting life.

They have many stories regarding the Eight Immortals in either art or literature. Due to their popularity, the Eight Piece Brocade exercise of Qigong, a branch of Kung Fu, was created. Each characteristic of the Immortals was integrated into eight different fighting styles.

The combination of Confucius, Taoism, and Buddhism ideologies has influenced sectors of Kung Fu. The first, Confucius, preaches respect, education and protection of the people. Taoism encourages blending with nature, not to react with force and accept change. Buddhism speaks of discipline, meditation, and that life is scared. Even though all three focus on separate aspects, they share respect for nature and peace and this respect has been practiced by Kung Fu students for centuries.

According to the ten rules of Kung Fu, it does not advocate disrespect: one must always respect the school, instructors, parents, elderly and others; one must never demonstrate arrogance or pride; one must continuously make efforts to train diligently; one must become resilient against negative emotions; and one must maintain a humane and compassionate outlook.

If someone does not follow the rules, then the individual risks eviction from the teaching institution.

There are numerous films and television shows featuring Kung Fu. In children’s movies, the most accurate depiction of the principles is the animated Kung Fu Panda and remake of The Karate Kid – it focuses on Kung Fu instead of Karate. The television cartoons such as Jackie Chan Adventures and Avatar: The Last Airbender employs various styles of Chinese martial arts.

For an older audience, Jet Li (‘Once Upon a Time in China) and Jackie Chan (The Drunken Master) brought Kung Fu to the western world through their movies and since then, Kung Fu has become not only a popular means of entertainment, but also a great method of physical fitness.