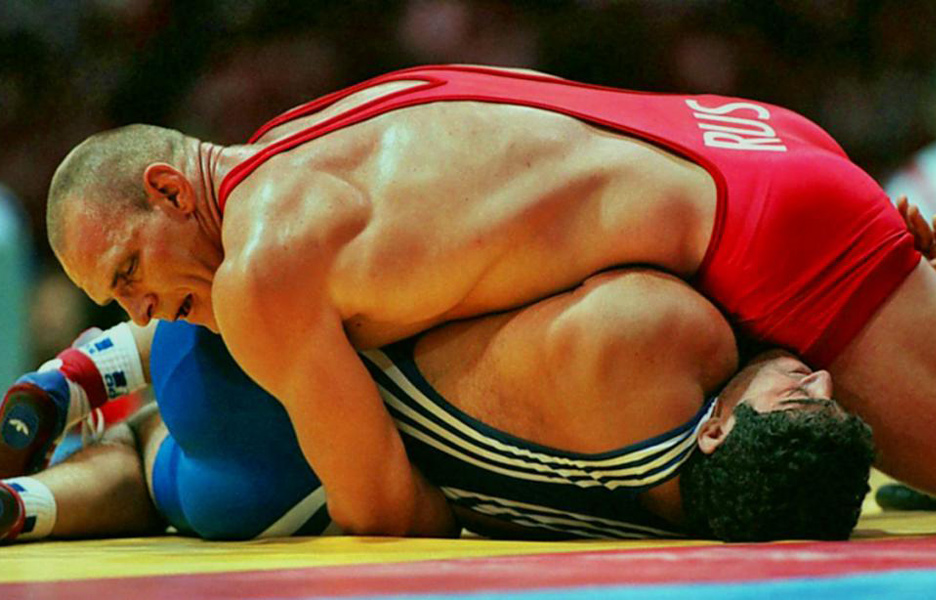 Greco-Roman Wrestling originated in France after the Franco-Prussian war in the 18th century. Jean Exbrayat, the Napoleonic soldier is credited with the formation of this style, decided to call it “flat hand wrestling” to distinguish it from other styles of wrestling. He set the rules that forbid holds below the waist. Emphasis is put on throws and their overall performance. The sport first appeared in the Olympics in 1896 and has morphed into other forms of sport like MMA.

Greco-Roman Wrestling is a type of wrestling that originated between 1815-1870. The etymology is based on the modernization of the ancient sport of wrestling that the Romans and Greeks played. The term was introduced by Basilio Bartoletti to emphasize the value of this sport.

There are many theories that speculate that Greco-Roman wrestling might have been spurred by more than one style of Folk wrestling before the name "Greco-Roman" was first coined. According to International Federation of Associated Wrestling Styles or FILA (Fédération Internationale des Luttes Associées), a Napoleonic soldier named Jean Exbrayat was the person who introduced this as a style of Wrestling and set the rules on how it was to be played. He called his style "flat hand wrestling" and set the rule that the holds below the waist, torsion or painful holds were not allowed in this style of wrestling. This style of wrestling became popular all over Europe with many European cities playing host to international Greco-Roman tournaments throughout the 19th century.

Greco-Roman wrestling became the first style of wrestling to be registered in the Olympic games in Athens in 1896.

Greco-Roman Wrestling has always been a sport featured in the Olympics except at the Saint Louis games in 1904 when freestyle wrestling took over. Greco-Roman wrestling has always had loyal followers and has been one of those contact sports that has been able to evolve into a martial art form. Present day Graeco wrestling is regulated by FILA who set the rules for the sport and oversea international wrestling competitions as well as wrestling at the Olympic games. FILA has been dogged by controversies over the refereeing and every so often there are irregularities in high profile matches that bring the integrity of FILA into question. Greco-Roman Wrestling has made its way into MMA (Mixed Martial Arts) and cage fighting.

In the 19th Century, Greco-Roman Wrestling commanded large prizes at international wrestling tournaments held in European cities. It is said that the Russian Czar paid 500 francs for wrestlers to compete in his tournament and awarded 5,000 francs to the winner. That was a lot of money in those days and it still is a lot of money today.

In England, Greco-Roman wrestling had a harder time overtaking the British folk wrestling. In America, William Muldoon, who had served in the Franco-Prussian war promoted the wrestling style after the American Civil War by performing in barrooms and fairs. Over the years, Greco-Roman wrestling became overshadowed by freestyle wrestling, which became popular in America and Britain.

George Hackenschmidt became a Greco-Roman legend in the 19th century at the age of 21 when he beat a much experienced Paul Pons in St. Petersburg after training for a mere 15 months earning himself the nickname "The Russian Lion." He went on to defeat freestyle wrestlers from England, America and Australia. By the end of his career, he had won a total of 2,000 Greco-Roman and freestyle matches.

The idea behind Greco-Roman wrestling when it was formed was to bring back the ancient Roman values of contact sport. What exactly those values were has never been clear. There are people who will try to find some ancient philosophies from Greece that they could associate with Greco-Roman wrestling even though ancient Greek wrestling was probably very different to what we know as modern day wrestling. For instance, in the 18th century a Gymnast who worked with the youth, Johann Friedrich Guts Muths associated “flat hand wrestling” with a form of schoolboy wrestling called “orthopale” (a term used by Plato to describe the standing position in wrestling). Orthopale did not mention holds on the lower parts of the body just like Exbrayat’s “flat hand wrestling” rules dictated.

The biggest rule in Greco-Roman wrestling is the no holds below the waist rule. This means that players limit their grappling to the upper-body. You need to pin your opponent down to win a match, in the absence of a pin, the winner is determined by the number of points.

Points are awarded for throws. Throws have to be clean to earn the most amounts of points. You also get points for escapes, the number of back exposures, and the frequency with which you get your opponent out of the wrestling boundary.

Some rules dictate the wrestlers actions like how one places the head in a clinch, how you execute your grips, how you position your body in relation to your opponent, how you initiate contact and whole host of rules. The ruleset in Greco-Roman wrestling is one of the most complex set of rules in contact sports, but knowing what it is you can do and not do is the first thing that you will need to master in order to be good at the sport.

Greco-Roman wrestling might have been overshadowed by other forms of wrestling in the Olympics, but it still forms a big part of the game. There have been Olympic legends who have managed to set records. There are countries that have been known to dominate Greco-Roman competitions like the countries of the former Soviet Union, Bulgaria, Turkey, Japan, Finland and Sweden. People like Carl Westergren of Sweden, Ivar Johansson and Alexander Karelin are considered to be legends.

With the advent of television wrestling found itself being dressed up as a garish pseudo-sport. In the 80’s a wrestling promoter Vince McMahon started to create a wrestling show empire World Wrestling Federation (WWF) which has created popular figures that have gone on to become stars in action movies. Of course WWF wrestling is nothing like Greco-Roman wrestling. It is brutal and puts emphasis on theater of the sport. There are very few rules and the best wrestlers seem to be the ones who can bring the most pain and showmanship to a match.

Outside of formal competition and made for TV Graeco-Wrestling has successfully made its way in Mixed Martial Arts (MMA) and notably in cage fighting. Notable MMA practitioners are: Randy Couture, Dan Henderson and Matt Lindland.