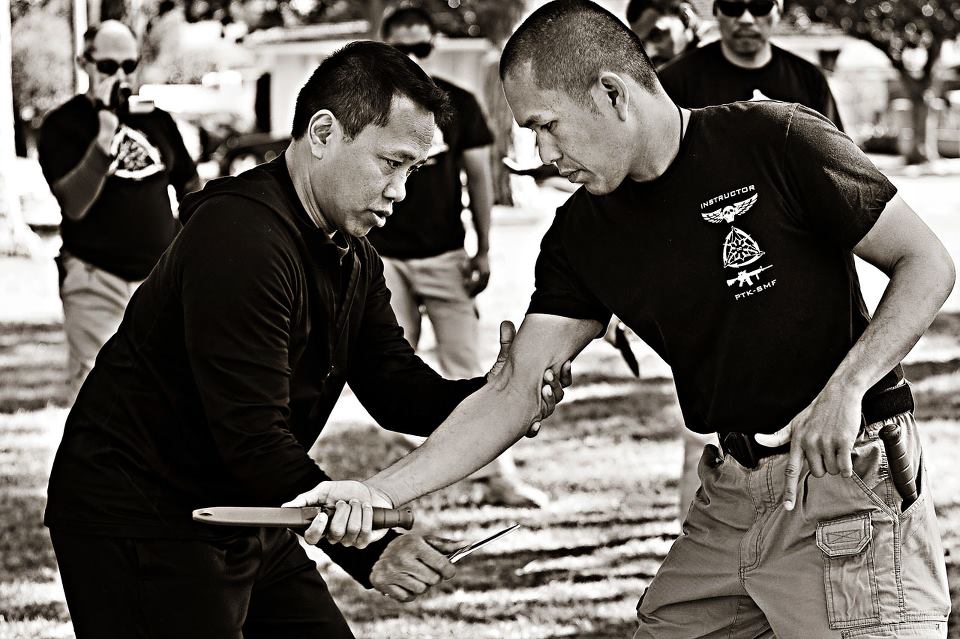 Opinion poll to figure out the best martial art of the world could well lead to World War III, with diehard fans of each style proclaiming their authority. But yes, if you ask which is the most fatal of all? Prompt will come the reply, ‘Filipino Martial Arts’. The fighting style is full of acts where liberal use of blades, and machetes were encouraged, and the mortality rates in this combative style could well justify the fact.

The Filipino martial arts comprises of various fighting styles and techniques, though there are three popular names which ring out loud including, Kali, Eskrima, and Arnis. They are the thoroughbreds of Filipino martial arts which flourished over the different respective regions of the Philippines.

Historically, Philippines had its share of troubles and violence, and it was the call of the times which lead to the evolution of this deadly martial art. As with most of the martial arts, pinpointing the origin of Filipino martial arts is like looking for the origin of ‘big bang.’

Though it is speculated that the origin of ‘Escrima’ lies in the martial art practised in India which the migrants brought with them. Then in the 9th century it was the Tang dynasty which contributed to the pollination work, as it brought goods from East Asia and Malaysia into Philippines, and along with it came the martial arts of those regions which added wings to the development of Kali art.

Subsequently, during the 16th century, the art of Kali style of combat further flourished, thanks to the regional warring tribes, and Spanish invaders who fought viciously that facilitated in helping the fighters to hone and develop their fighting skills. With the Kalistas pitted against the technically advanced weaponry of Spanish, it was up to them to tilt the balance in their favour by raising their skills in accurate strikes with their wooden weapons.
Hence, with the conflux of different fighting styles of various local tribes Filipino martial art bloomed.

At present there is a galore of Filipino fighting styles, thanks to the efforts of the Philippines government that introduced this combative style to the national sporting arena in 1972. Making efforts to get this fighting style reach the grass root level which has become synonymous to the country; the martial art was included in the physical education curriculum in high schools, and colleges. Acknowledging to effectiveness of the art of fighting, it is mandatory for the Philippine military and police personnel to get familiar with the fighting skills of this combative art.

The US army’s combative program and the Russian Special forces too couldn’t resist the influence of this dynamic blade fight style, and incorporated it in their training program.

Present day there are many Filipino martial arts programs across the globe where students are taught, armed as well as bare hand techniques of this dynamic martial art.

There is a legend doing rounds that in the 12th century there were 10 ‘Datus’ / chieftains from Borneo, who took upon themselves to upgrade the different Datus with Kali fighting skills by opening up a school ‘Bothoan’ in Panay.

It is also said that Raja Lapu Lapu, who had nothing but blood in mind, and dominance over the land, became a master of his trade, and managed to introduce a new style ‘Pangamut’. He was on the verge of grinding axe with Raja Humabon, another tribal leader, when unexpectedly the Portuguese explorer Ferdinand Magellan, who was the commander of the Spanish fleet, arrived on the scene. Magellan bit off more than he could chew when he raided Mactan Island with hopes of conquering it, but he and his men were outnumbered, besides being trapped in an unknown territory. Consequently, Raja Lapu Lapu and his warriors slaughtered Magellan and his men in a gruesome battle with their spears, iron tipped bamboo lances, and arrows.

Since the combative fighting art was developed to prove that ‘might is right’, however, it is in fact the natural survival instinct which gave birth to this martial art, hence the philosophy is simple, KILL. A midget chocked with Filipino martial art skills, and blade in hand can walk as tall as he likes. The martial art believes in co-ordinating different elements like power, timing, focus, and balance, to make one dynamic force for self defence and neutralizing your opponent. The idea behind the whole concept is to be innovative, and to react in an appropriate manner.

Well, the street version of Filipino Martial Art states no rules, and is free for all. But the competitive events do try to bring some sanity by making some sporting rules, like a ’10 Point Must’ system, and 60 second rounds followed by 30 second rest. Attacks are allowed only with sticks, and can target opponent’s thighs, body, arms, hands, and the helmet. No wrestling or hooking is allowed. Foot-sweeps are also barred. Strikes on the neck, groin, or knees and below are also prohibited. Apart from that no strikes are allowed at the same area more than twice.

A triangle has become symbolic with Filipino martial art, and it represents the metaphysical, theoretical, and philosophical essence of the fighting art, and you may find many training centres with this logo. During the training session information, commands, and ideas are passed through gestures, instead of speech. Though the back bone of this fighting style is the ‘box system’ which is a set of 5 co-ordinated movements, but when you add sticks, knives, machetes, swords, daggers, to it you can add multiple dimensions to it.