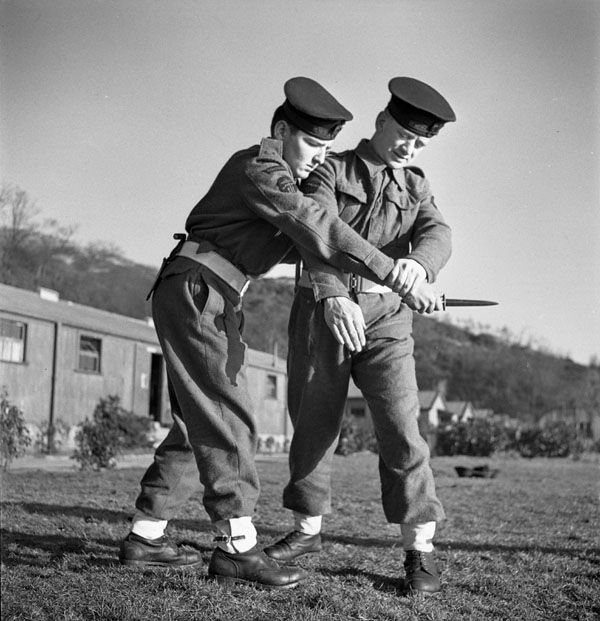 Close Quarters Combat is used to describe different types of armed or unarmed combat. It is mostly used in reference to military or law-enforcement tactics and includes a wide range of different techniques. Close Quarters Combat comprises of various martial arts moves focusing on powerful, efficient and often deadly strategies of combat. It is mostly practiced by martial artists, military and law-enforcement personnel and elite fighting forces. It combines sets of different techniques, including Wrestling and Boxing, as well as modern arts such as Sambo and Muay Thai. The term also concerns with topics of weapons, ammunition, protective gears and special maneuvers. CQC can include confrontations involving various distances, ranging from 30 meters to hand-to-hand combat.

Close Quarters Combat is a name given to a wide range of techniques used in close confrontations. “Close quarters” has the same meaning as “close fights” and denotes proximity of fighters. Combat is a word of French origin, dating from the 15th century. In military terminology it is regarded as “active, armed fighting with enemy forces” within a distance of not more than 30 meters.

Beginnings of Close Quarters Combat can be traced back to the ancient Chinese Dynasties which trained their policeman in unarmed combat. CQC is often connected to the pioneers of modern SWAT, the special Shanghai Municipal Police, a squad of people trained under some fine warriors and martial-art masters. They used most effective techniques of both scholarly masters and gangster fighters in order to achieve unbeatable moves. Later utilization of these techniques showed their lethality, and the method itself became known as the “Shanghai method”. But the set of techniques as we know it today is thought to be codified during the Second World War by William Ewart Fairbairn and Eric Anthony Sykes. They included various close combat methods and weapons techniques, including firearms and cold weapons. Allied forces were first taught these during the war.(1)

Its codifiers referred to the system as Defendu or “Gutter Fighting”. This method became the standard of combat training of all British Special Forces. Fairbairn later developed the Fairbairn-Sykes fighting knife, which was also used by the Special Forces. After the end of the World War II the techniques continued to be taught to sergeants and were adopted by many police and secret agencies. In the 1930s a similar system of Krav Maga was developed by Imi Lichtenfeld in order to protect the local Jewish community in Czechoslovakia.

Numerous variations of these fighting techniques have lately been developed for both civilian and military usage. Today, all secret services and special units like the FBI, NYPD SWAT Teams, Mossad, Marines, MI-6 and many others undergo vigorous training which includes CQC techniques also. The U.S. Marine Corps has additionally developed an elaborate LINE system, a hybrid of various martial arts and close quarter moves, also known as the Seven Deadly Moves of Combat. These systems differ slightly in every organization, although the basics are similar and all have their roots in the Shanghai Method. The range of CQC techniques is being widened and modified regularly in order to meet all needs of various special units.

One of the developers of Close Quarters Combat, William Ewart Fairbairn, is identified as the inspiration for the famous character of James Bond due to his amazing combat skills. He has written several books on his fighting methods. He also created the famous Fairbairn-Sykes fighting knife which is widely used by numerous special squads in close encounters. His modifications of the original Shanghai Method were highly effective and often lethal for the opponent.

During WWII, soldiers underwent fast and short trainings of CQC. The simplest and most applicable aspects of the technique were perfected and taught to them in a fast course covering all the basics they needed to survive close combats.(2)

Although the Close Quarters Combat has its roots in elaborate techniques, it has evolved into simple yet sophisticated set of tactical principles. Apart from a range of fighting moves, it also requires initiative, clear thinking and determined leadership. Philosophy of CQC relies on a set of four principles of tactic, which include speed, diversion, surprise and the violence of action – and all of these ensure success and minimal risk. In some fields, these techniques also require team work and steel discipline in order to perfect the skill.

Close Quarters Combat is often used in life-threatening situations like warfare or self-defence. In these cases, there are no rules to obey, apart from the moral code of conduct. Many moves that are illegal in sporting competitions are often taught and used in CQC. Although techniques from which actions of Close Quarters Combat originate have elaborate rules, these are not obeyed unless the fighter fights in an institutionalised situation (sports happening, competition, etc.) This means that the fighter is allowed to employ techniques banned by the various organizations in case of need. CQC does, however, include some basic principles which are essential for success, such as detailed planning, speed, surprise, elaborated methods or entry and the violence of action.

Close Quarters Combat is often featured in movies, TV shows and video games concentrating on warfare. Numerous movies often use elements of CQC and these include the Bourne trilogy, The Departed, S.W.A.T., The Kingdom, The Negotiator, Navy Seals and many others. A number of video games also enable players to engage in various forms of close combats. The SWAT series of games, for example, offer numerous experiences including CQC techniques.