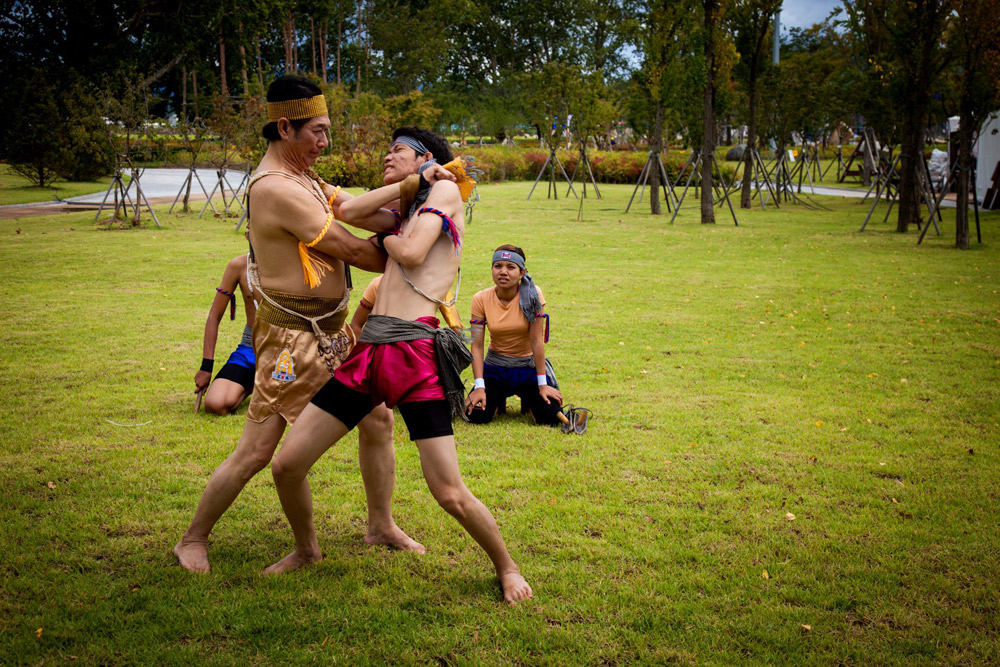 Bokator is a Khmer martial art invented in the ninth century by the ancient Angkorian warriors for combat and self-defence. Widely regarded as the predecessor of Pradal Serey (Khmer Free Boxing) and one of the oldest existing fighting systems in Cambodia, Bokator is a complete martial art which includes striking, grappling, trapping, locking, ground fighting, and using weapons for both attack and defense. It is a close hand-to-hand combat system in which the entire body is used as a weapon. Practitioners are trained to use different elbow and knee strikes, feints and shin kicks to fight an opponent to submission or death.

The word “Bokator”, pronounced “bok-ah-tau” according to Khmer Dictionary, comes from “labokkatao” which means ‘to pound a lion’ or ‘lion fighter’. The word ‘bok’ means ‘to pound’ while ‘tor’ means ‘a lion’. Therefore, the term “bokator” simply translates as ‘pounding a lion’.

Bokator dates back to the 9th century when it was originally invented by the Angkorian warriors for combat on the battlefield and for self-defense against invaders. It is said to be the oldest known systemised Khmer martial art, next in age only to the Mon-Khmer style of yuthakun khom. Bokator is said to have existed for over 1000 years, the position which is obviously attested by the 1000-year old carvings at Angkor Wat. Bokator primarily rose through the legendary influences of Indian culture on Angkorian cultural and religious life. Indian Brahmins used to practice sword fighting and empty-hand techniques as a form of Indian martial arts, and this greatly influenced bokator’s animal-based fighting techniques which practically surfaced during the reign of Angkor kings.

Bokator and other martial art practices nearly became extinct during the Khmer Rogue regime led by Pol Pot, a Cambodian communist revolutionary, between 1963 and 1979. During this time, practitioners of traditional arts were systematically eliminated and barred from teaching the art. After Khmer Rouge regime crumpled, Cambodia was invaded by the Vietnamese and native martial arts became totally outlawed.

Bokator was reborn in early 2000s by San Kim Sean, the father of modern Bokator and the founder of Cambodian Yuthkun Federation. He established first schools in Cambodia which taught new generations to fight using ancient techniques. He brought together several Bokator instructors (known as lok kru) who were hesitant at first. The first national Bokator competition took place at the Olympic Stadium in Phnom Penh in 2006. Since then, this martial arts system has gained huge popularity both in Cambodia and overseas. It is practiced in many martial arts schools throughout the world. Lately, Bokator fighters often participate in International Mixed Martial Arts tournaments as well.

There is a widely spread legend concerning the origins of Bokator. It is said that a single village warrior defeated and killed a lion bare-handed with a single knee-strike over 2000 years ago. Some connect this legend to the name of the art, which means to “pound a lion”. In addition, it is often stated that some of the techniques of Bokator were used by the armies of Angkor over 1700 years ago. Many also emphasize the importance of Indian tradition when it comes to this fighting system. Accordingly, practitioners never start training sessions before paying homage to the Brahma. 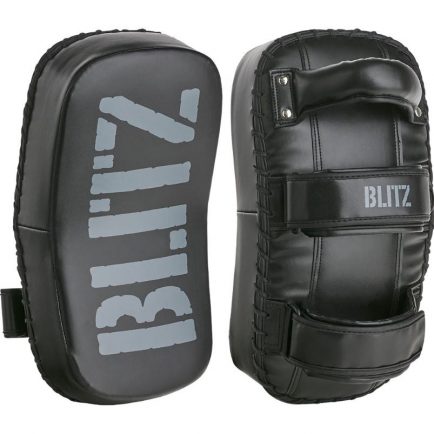 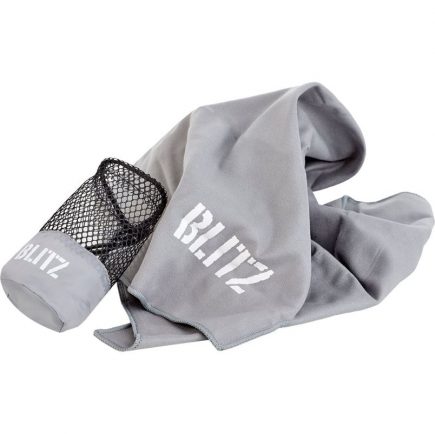 Premium Microfiber Sports Towel made of a tight-weave material that can absorb more water, and dry faster than a standard towel.

A compact, multi-functional First Aid Kit that consists of everything you need to clean and dress minor wounds, injuries & sprains. 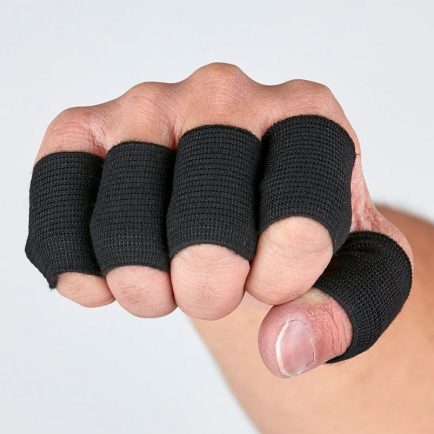 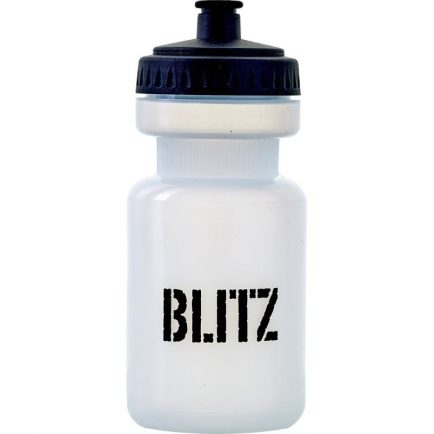 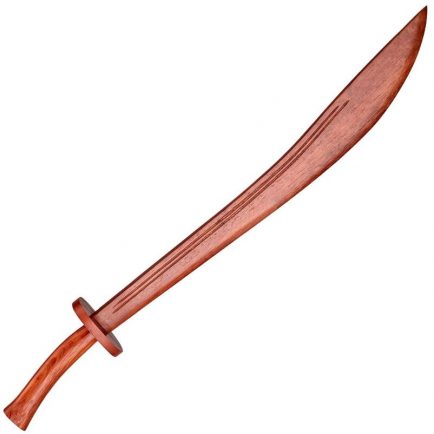 Perfect for Tai Chi and Kung Fu practitioners, this Chinese Broadsword can be used to practice authentic broadsword techniques. 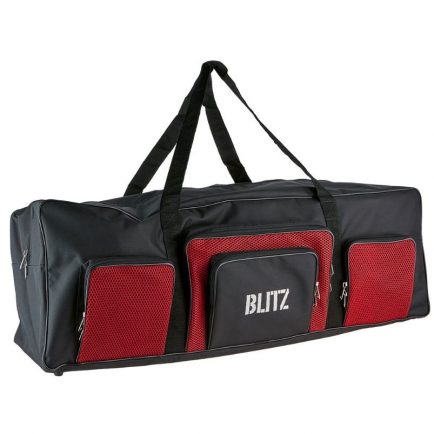 Ankgorian people believe that there are three main elements of Bokator, which derived from different lion and tiger killing techniques. These include the “alligator opens the mouth”, “the wheat blows with the wind” and “the tiger lies down” techniques. Each element contains different positions, guard and moves and they all rely on constant flow. Fighters have to keep their moves blended at all times, but the element of surprise is the most important part of the philosophy.(1) The philosophical core of Bokator relies on Hinduism. This system emphasizes the importance of nature, honesty, respect, nobility, trust, honor and wisdom. Fighters are required to develop completely, and not only in terms of sole fighting techniques.

Bokator practitioners wear traditional uniforms of Khmer armies, which consist of a scarf folded around the waist and silk cords tied around the head and biceps. The scarf denotes the fighter’s level of expertise, white being the lowest and black being the highest degree.(2)

As Bokator was primarily considered a technique of soldiers, there are not many rules connected to it. Fighters can use a diverse array of elbow and knee strikes, submissions and ground fighting techniques. They can strike with hands, elbows, knees, feet, shins and head. While practitioners originally fought to the death, modern tournaments are fought to submission.

Bokator has been featured in a Khmer historical art documentary named after the art itself. The movie Bokator was released in 2007 and gained notable recognition. It consists of two parts, first one describing the origins and philosophy of this martial art. The second part is shot in a mini-film style, staring adventure writer Antonio Gaceffo.