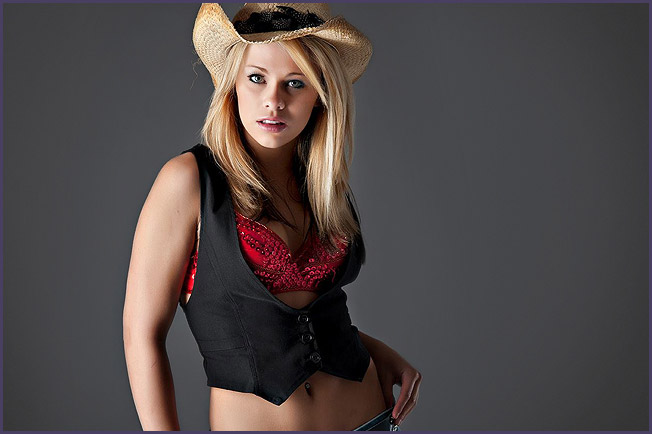 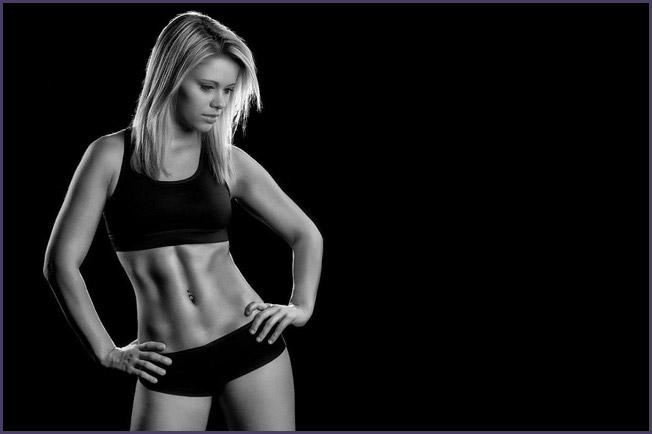 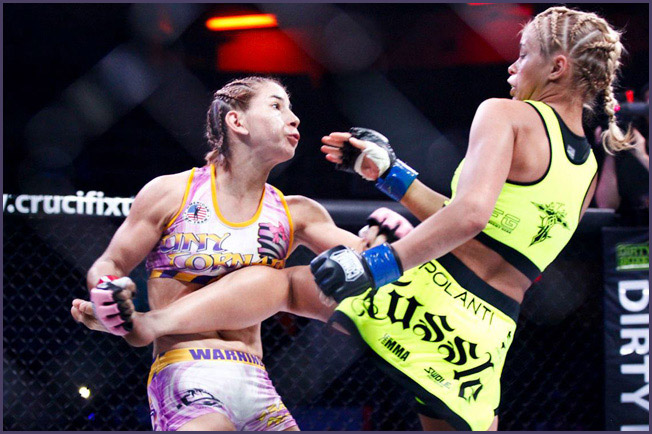 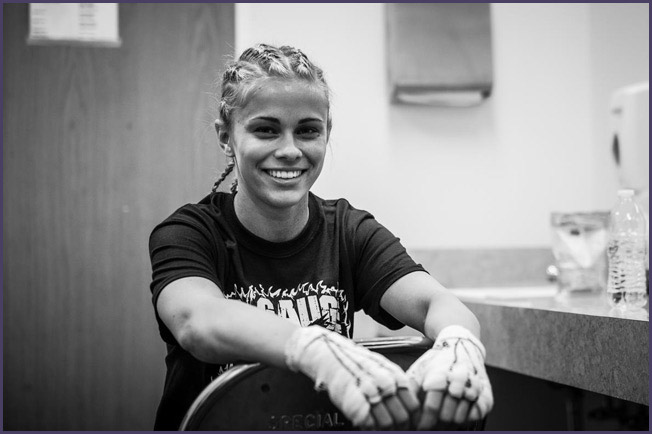 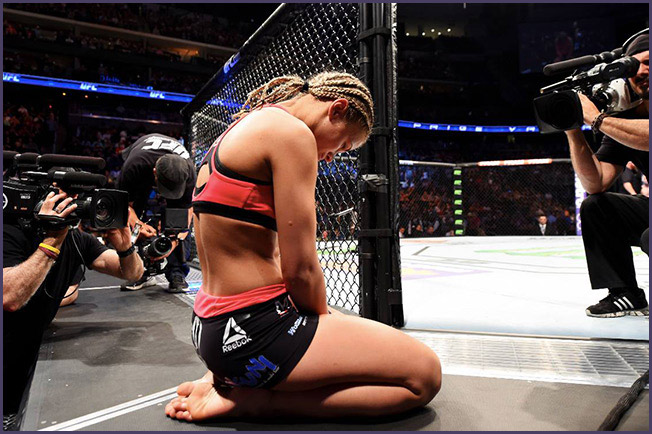 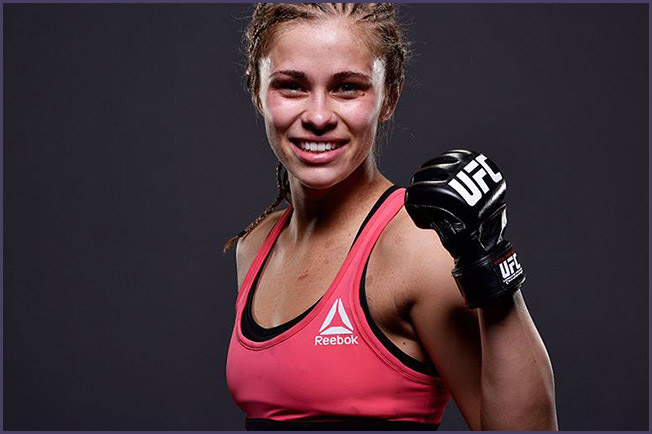 Paige tells Awakening, “I believe that fate brought me to MMA. I moved from small town where my parents owned a dance studio. I grew up dancing and when I moved to a scary town like Reno I was nervous and bored. My dad had been a fan of Ken Shamrock and found out that his gym was in Reno. So he asked me to try a class for fun and I ended up falling in love with fighting. It was my escape from the rest of my crazy life.”

She found martial arts after training in gymnastics and dance. Dance is still a huge part of her life.

Previously signed with Invicta Fighting Championships, Paige was part of the first group of athletes to be signed to the UFC‘s Strawweight division, in December of 2013. Unable to compete on The Ultimate Fighter season 20 due to being underage, she made her UFC debut in November of 2014.

Paige has worked as a Dance Instructor at Dance City in Reno, Nevada. She is also an actress and model represented by Miramar Talent.

She is studying Business in University.

Paige has been a successful sport and lifestyle model from the age of 11.