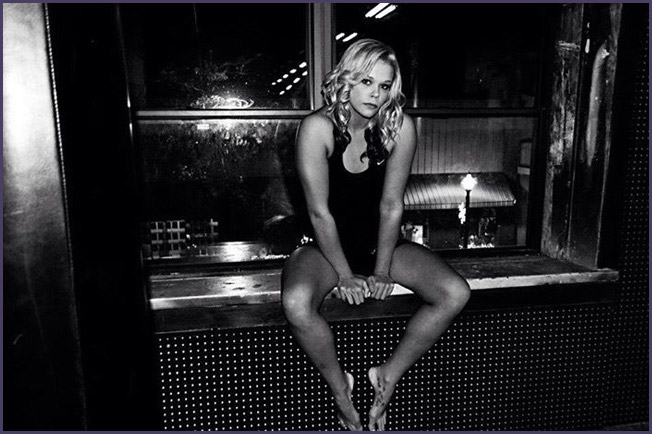 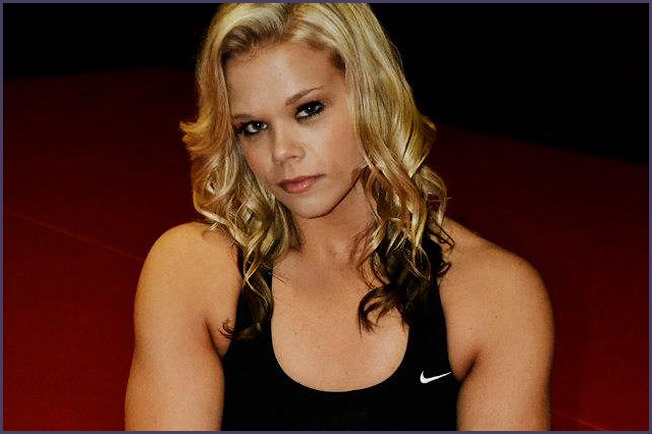 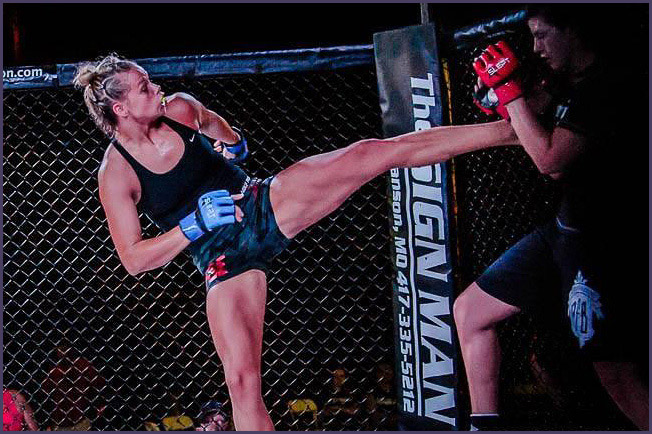 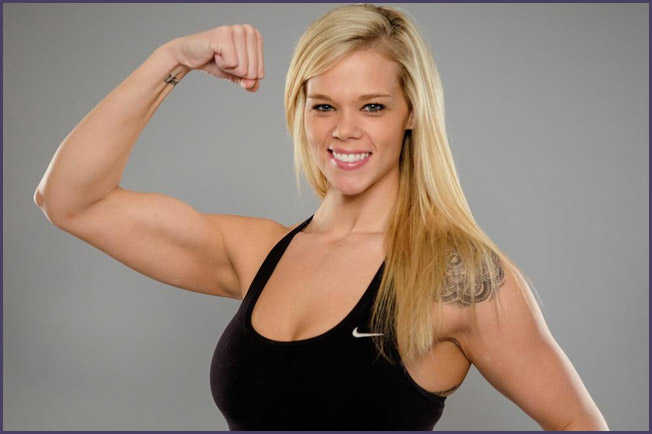 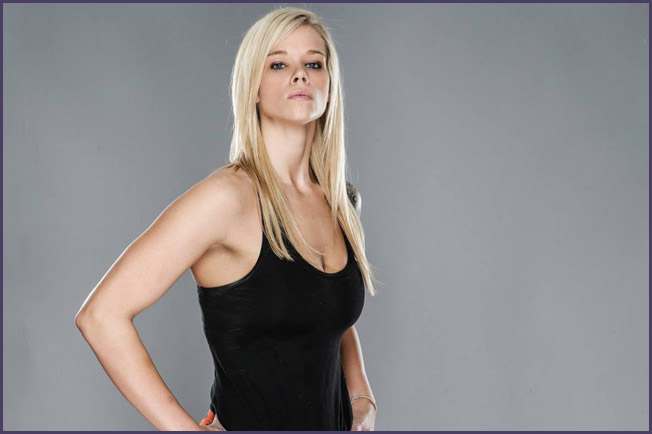 Maegan tells Awakening, “I started as a way to lose weight and try a fun type of workout and quickly excelled and fell in love with the intensity of the sport.”

She is the Instructor of the Cardio Kickboxing class at Sallisaw Family Fitness in Sallisaw, Oklahoma.

She began training in January 2012 to lose weight. She signed with Invicta Fighting Championships in 2014 to make her pro debut.

To pay the bills, Maegan works at he Black ‘N Tan coffee shop in Tahlequah, Oklahoma. She is studying a Health and Human Performance bachelors degree at North Easter State in Tahlequah, and she hopes to become a strength and conditioning trainer for a fight team.

She is not a mother herself, however she is the step-mother of three young boys.

Maegan has been interviewed on numerous radio shows, podcasts and websites