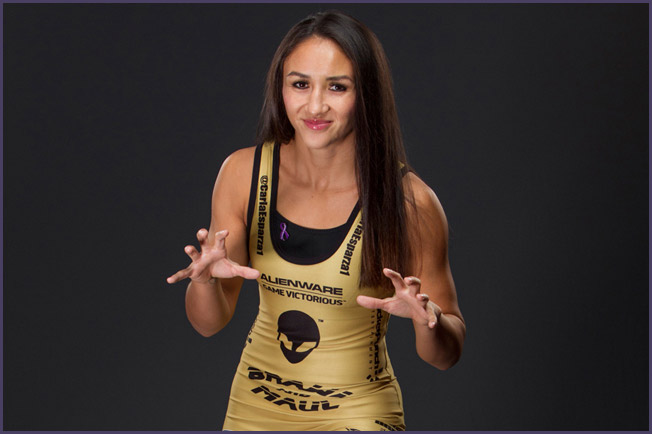 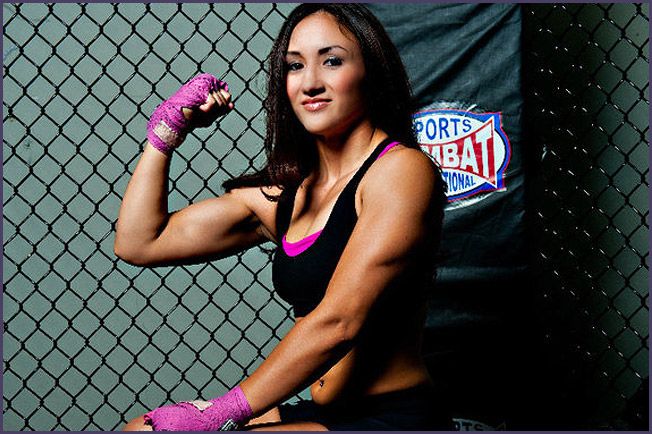 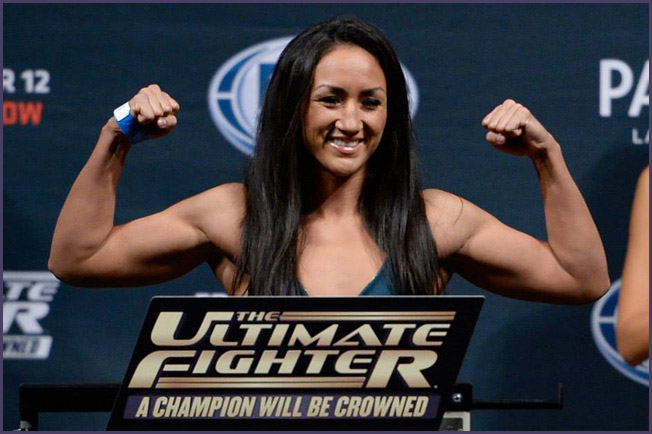 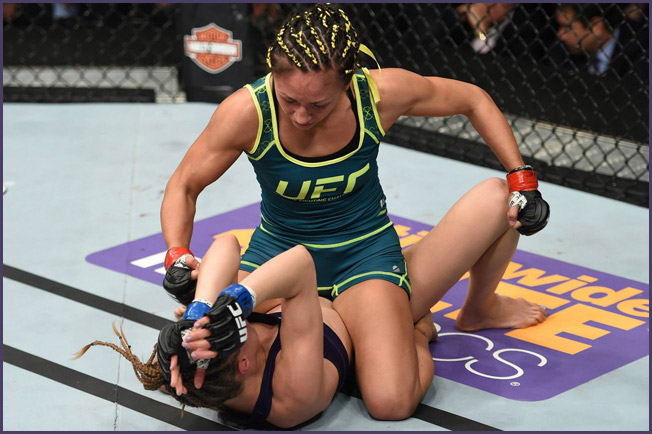 Carla Esparza is a female fighter from the United States.

She made her professional MMA debut in 2010.

She was awarded her Purple Belt in Brazilian Jiu-Jitsu in March of 2013.

Previously signed to Invicta Fighting Championships, Carla was part of the first group of athletes to be signed to the UFC‘s Strawweight division, in December of 2013. She won season 20 of The Ultimate Fighter, becoming the UFC’s first ever Strawweight World Champion.

Carla attended University for four years, where she wrestled while earning her degree in Business with a concentration in Sports Management.