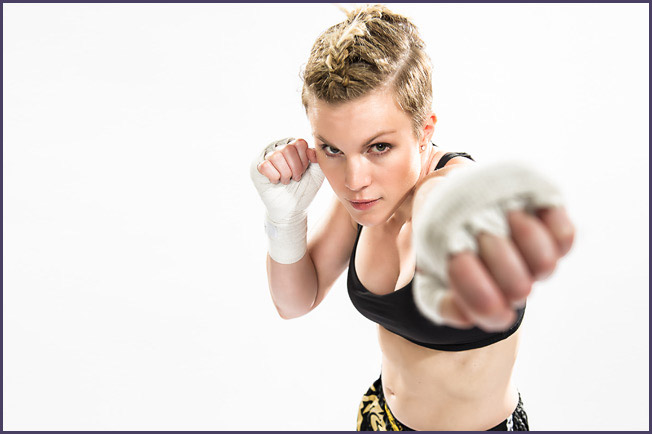 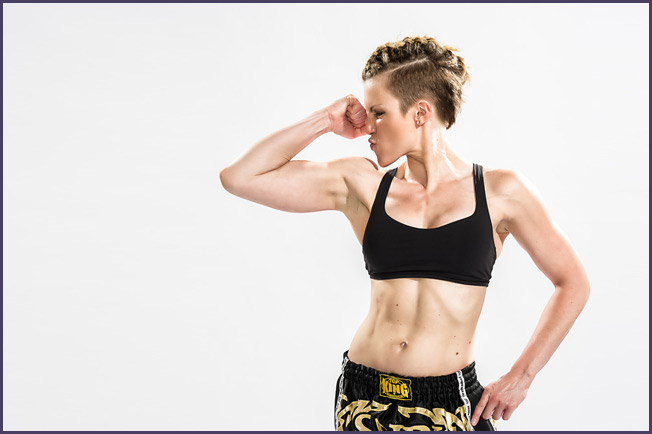 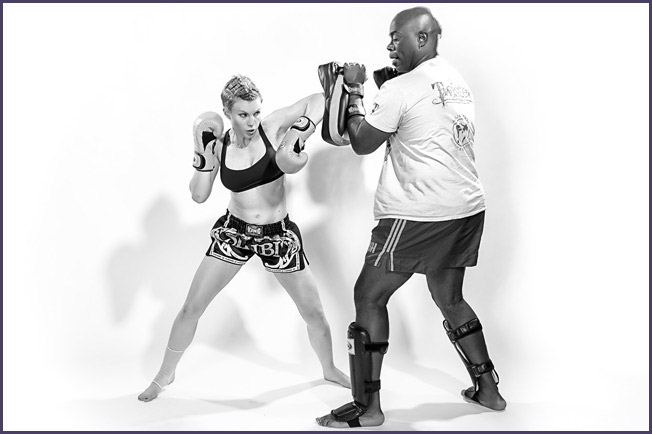 Alexis tells Awakening, “I grew up in Austin, TX, graduating from the University of Texas at Austin with honors in Russian Studies and International Relations. As a member of Team USA I competed in Bouldering and Sport Climbing on the World Cup circuit in Europe. After leaving competitive climbing, I took an internship in Geneva before moving to NYC with hopes of starting a career. It was there that I began Boxing. I quickly fell in love with the sport and my goals went from fitness to fighting. After a few dedicated years, I became frustrated by the amateur Boxing scene in NY and took my first vacation to Thailand. It was there I discovered the art of Muay Thai. Intrigued by Thai fight culture and the addition of knees, elbows, and kicks, I started training Muay Thai that very trip. I now live in Salt lake City with my fiance Denver. I am excited to continue evolving as both a boxer
and kickboxer, and can’t wait to see what the future brings.”

Alexis Asher is a female martial artist from the United States.

Alexis has many strings to her bow, she is fluent in French, Spanish and English and has a basic proficiency in Russian and German. She has played the piano for 19 years and also won the Austin Young Artist award in 2000.