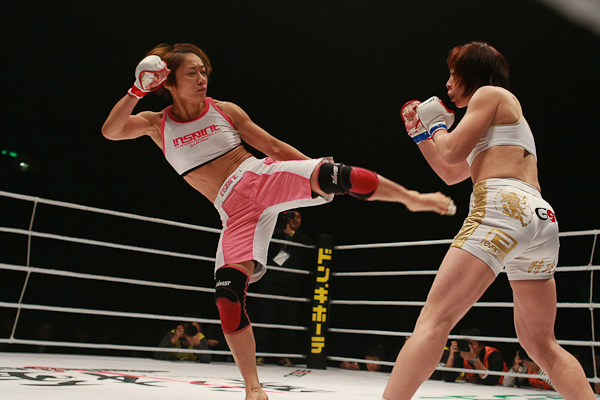 Yesterday marked the one year anniversary since the final fight by one of WMMA’s biggest stars – Megumi Fujii. This incredible athlete’s accomplishments, both inside and out of MMA, have inspired women in her home country of Japan and around the world. In a career that stretches across Judo, Sambo, BJJ, Shootboxing and MMA competitions, and includes two Black Belts to her name, Megumi has made a name for herself as one of the best female fighters in the world. Her dedication and success in martial arts, and her humbleness through it, is now passed on to the students that she instructs and coaches. We are extremely pleased to be able to award Megumi Fujii with the Awakening Outstanding Contribution Award for her work in the martial arts community. 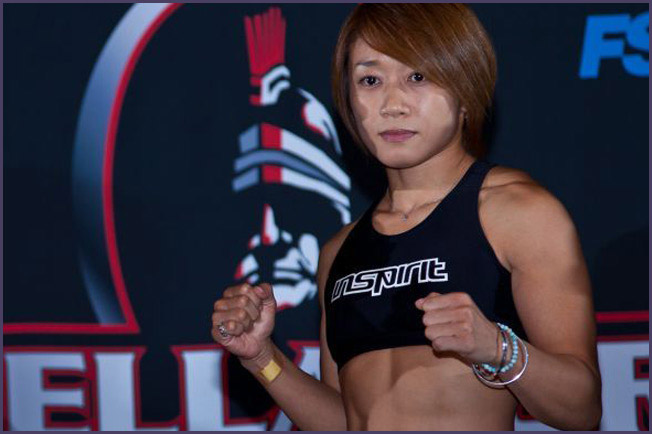 Best known for her lengthy and successful MMA career, Megumi Fujii to this day holds the record for the longest win-streak in women’s MMA, with the unprecedented 22-0 record she accumulated between 2004 and 2010. Of those victories, 18 were by her vast arsenal of submission techniques, and her 20th bout was won by her sole TKO. Competing primarily in the strawweight division, she became highly regarded as the pound-for-pound best female fighter in the world. Her exceptional win streak was snapped by a controversial split decision loss to Zoila Frausto Gurgel in the Bellator Tournament finale. Incidentally, this was the only title fight Megumi ever had in her MMA career. She has only ever lost to two fighters, the second being current #1 ranked Jessica Aguilar. Countless MMA fighters have cited Megumi Fujii as one of their inspirations, notably because of her success, but also because of the age at which she did it. Megumi only made her debut at the age of 30, and continued fighting until she was 39, retiring in October 2013 after an unforgettable career. Her final record stands at 26-3-0, with 19 submissions and 1 TKO.

Known in MMA for her submission speciality, Megumi has tremendous accomplishments in her various grappling disciplines, which she began training at the age of 3. Her father, and her grandfather before that, were judo practitioners, and it was at her father’s Judo dojo where she first began her martial arts training. Achieving her Black Belt in Judo, she would transition into Sambo, where she now holds the rank of 1st Razryad International Master. She won the Japanese Sambo Championships 9 times between 1998 and 2005, and medalled at four World Championships. Training under Hiroyuki Abe and Josh Barnett, Megumi further expanded her grappling background to include Brazilian Jiu-Jitsu and Catch Wrestling. A popular move of Megumi’s, officially called the Imazuma Toe Hold submission, has been named the Megulock or the MeguAnkle-Lock by former UFC Heavyweight Champion Josh Barnett. She would go on to claim Pan-American Championships in BJJ before being awarded her Black Belt in 2006. 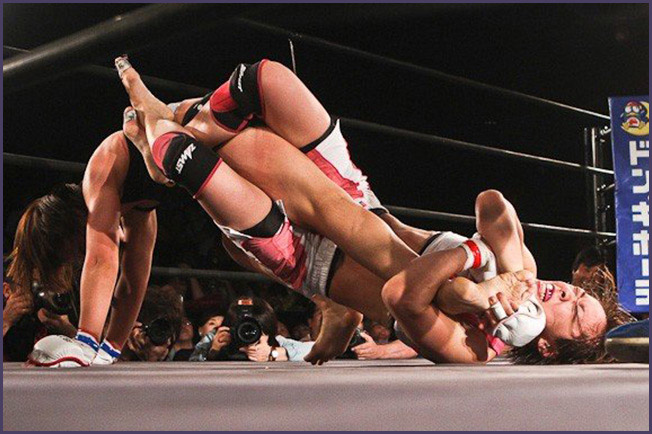 Megumi Fujii is truly a life-long martial artist, and continues to pass on her expertise to her students and fellow fighters. You may have seen her at the recent Invicta 8 event, where she cornered title contender Yasuko Tamada. While she never fought for Invicta or the UFC, Megumi has played a cherished role in pioneering women’s martial arts and women in MMA. Her incredible accomplishments are testament to the years she’s put into her craft, and we’re certain we’ll be seeing the next generation of athletes she teaches continue to propel the level of the sport forward.

Please join us in celebrating the lifelong achievements of Megumi Fujii, and all of the athletes she’s inspired.