This article is for the sports betters amongst you! We were recently approached by the UK’s largest bookmaker, who were interested in sponsoring us. They become aware of our website and efforts and had stated a wish to get the word out about the MMA betting odds at William Hill. As you can see, after a little discussion with them we are pleased to have come to an agreement. In true Awakening style we used this opportunity to try and influence this huge brand's stance on female fighting.

Before we go into the discussion we had, we should explain who William Hill is for the benefit of those that aren’t aware. Perhaps sports’ betting isn’t your thing, or perhaps you’re not from the UK as they are the largest bookmaker here with over 2400 licensed premises across the country. From their founding in 1934, the brand played a huge role in the development of British gambling, and in part due to the internet they now employ some 17,000 people in nine countries. From their humble pre WW2 beginnings, they are now considered as a market leading international business and indeed the most trusted and establish British bookmakers of all. 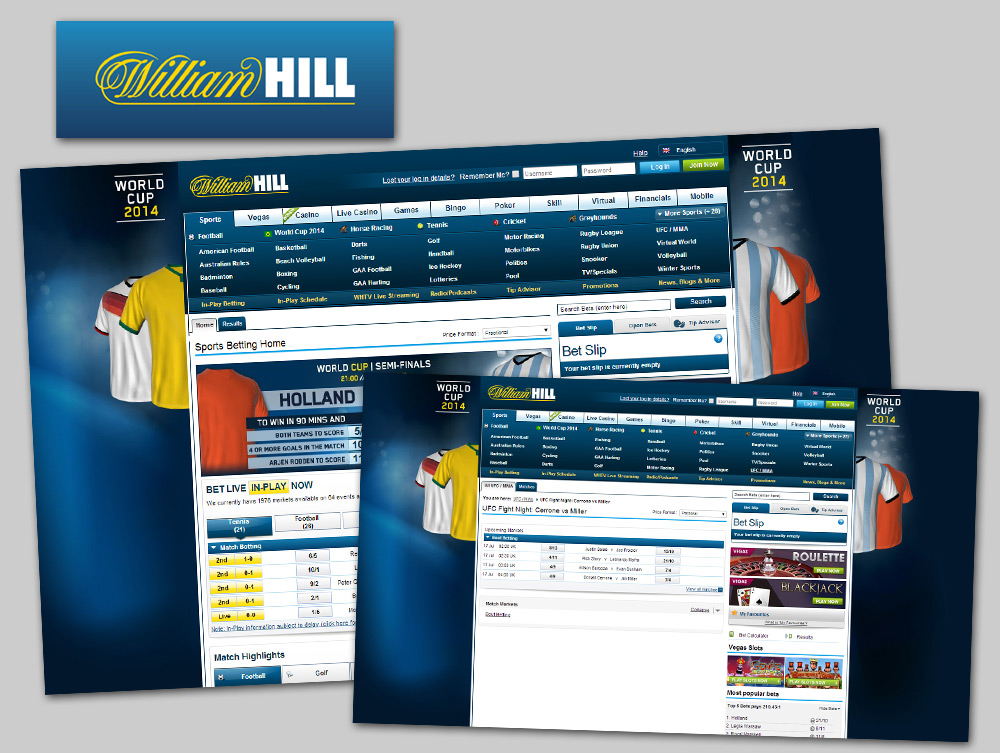 We feel somewhat qualified to write a little about sports betting as a couple of the Awakening team don’t mind the occasional online flutter. The two team members who are partial to the occasional bet, have between them used four different betting sites over the last ten years and both agree that although each online betting website has its own perks, William Hill is their favourite. This is actually another reason we were happy to have been approached by them. Sadly they didn’t offer us a free bet, but you can’t have it all!

You might be wondering how all of this is relevant to Awakening, or more so, how is this relevant to you, our readers? In true Awakening style we thought long and hard about how we can make this work for the female fight industry. We’ve now established that amongst our team we have a couple of casual sports betters, they both wholeheartedly agree that female fighting is not represented on any betting websites out there. If this is wrong, please get in touch with us because we would love to know about them, if they exist. Sports betting websites are indeed now starting to more frequently have odds on the larger MMA events, namely the UFC. Of course there has been online betting for the boxing industry for a very long time. With the inclusion of the fairly recent women’s bantamweight division in the UFC, the occasion female fight can be wagered on – and thankfully the strawweight division will also see more female fights to bet on. But is this enough? We say no! We feel that the inclusion of more female fights on betting websites will help the industry’s growth. We’re not just talking about WMMA either, how many of you would have wanted to put a bet down on the Muay Thai fight between Jorina Baars and Cristiane Justino? What an opportunity to make some winnings that would have been!

So in light of all this when we were approached by William Hill, we discussed with them the possibility of getting them to start doing betting on some more of the larger organisations – namely Invicta Fighting Championships and Lion Fight Promotions. We are fairly sure that we would bet on every fight of an Invicta show. If the female fights aren’t exciting enough, throw in the chance to win or lose cash too… wooooah!

We feel it’s about time these betting sites caught up with what is actually happening today in the fight scene. What did William Hill say to us in return? Well, they didn’t say no, and have shown a mild interest in including such fights in the future. Fingers crossed after they have researched this side of the industry for themselves they will jump on board. We have at least planted the seed with one of the world’s leading betting platforms, and you might start to see more betting options for the female fight fan! This is great for those betters amongst us, and great for the female fight industry.