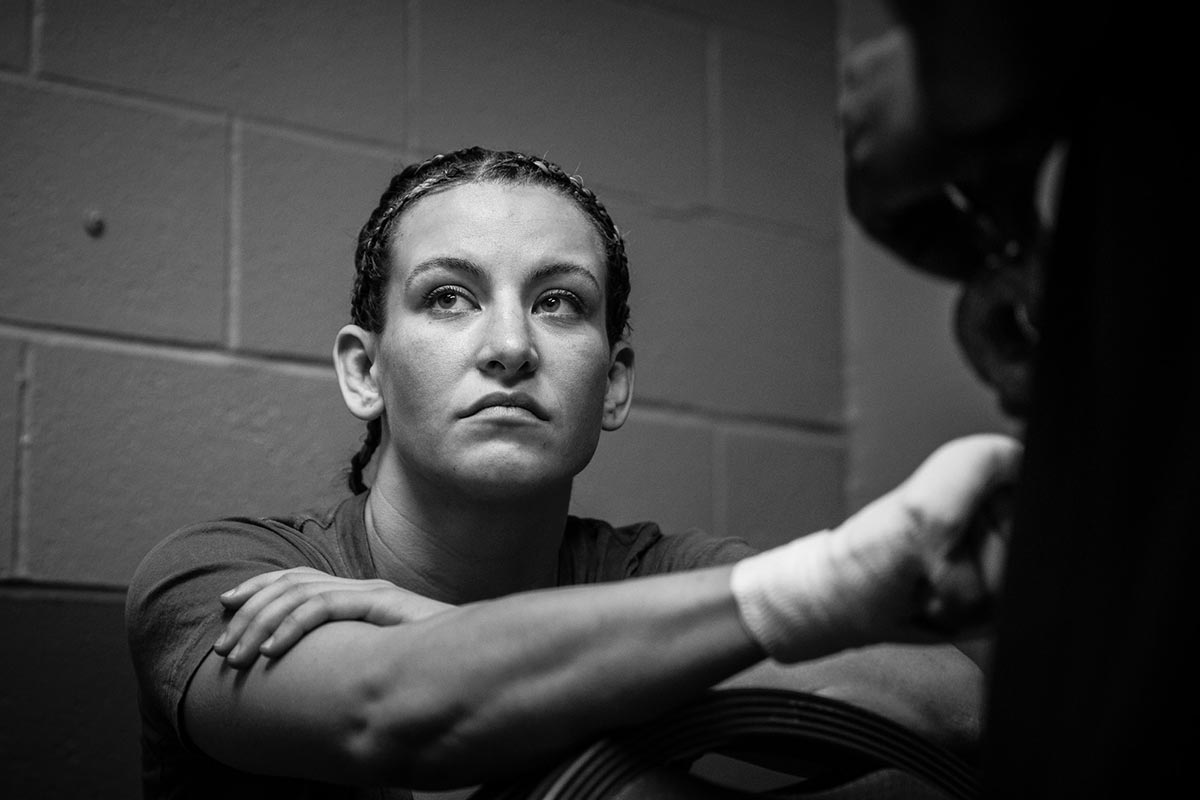 Miesha Tate, a female MMA fighter affiliated with the UFC otherwise known as Takedown or Cupcake when in the Octagon, is a 36-year-old Bantamweight with 18 years of professional fighting under her belt. As one of MMA’s female veterans of the Octagon, fans are wondering: what’s next for Miesha Tate?

When you are ready to find a sports betting website that is best for your UFC betting needs, head to betstation.com to choose one of the best from the list. Watch the bout and, most of all, have fun!

Miesha Tate lost in a Women’s Flyweight bout against Laura Murphy at the end of the third round by decision. This bout took place on July 16, 2022, as one of the cards for the UFC Fight Night: Ortega vs. Rodriguez lineup.

While both fighters did not do any knockdowns in the bout, Murphy landed 60.7% of her strikes against Tate compared to 60.2% of Tate’s strikes landing on Murphy. Hence, their strike percentages were almost evenly matched.

Despite her loss, Tate still maintains a higher-performing record of 19 wins, nine losses, and zero draws. Murphy’s stats are now 16 wins, five losses, and no draws.

While the loss was difficult to bear because of the physical damage she sustained, she did not perform as well as she wanted to during her first flyweight bout in the UFC. Because of her last two losses against Murphy at UFC Fight Night in Long Island and when pitted against Keitlen Vieria during the main card of a UFC Fight Night eight months earlier, fans were speculating if Tate would return to retirement.

Her first retirement was after a loss against Raquel Pennington during UFC 205 back in 2016. She returned to the Octagon five years later in a bout against Marion Reneau at UFC Fight Night: Makhachev vs. Moises on July 17, 2021, where she took the win.

Tate recently spoke on a Sirius XM radio segment and told listeners that she will not be returning to retirement despite her last couple of losses and being in her mid-30s. She admits that she will see a sports psychologist before she jumps back into the Octagon for her next bout. Tate is in the mindset of wanting to perfect her craft as a female UFC fighter at any cost necessary.

When is Miesha Tate’s Next UFC Bout?

Miesha Tate’s next UFC bout has not been scheduled yet. Since it will be announced at a later date, we can only speculate who Tate may go against next.

Tate has yet to go against the Women’s Flyweight Champion of the UFC, Valentina Shevchenko, who has a current record of 22-3-0. Considering Tate is close to Shevchenko’s win record and continues training for her second Flyweight bout, she may want to challenge the top woman for the belt.

Jessica Andrade is the highest contender in the division and has the same amount of wins as Shevchenko, but she has six more losses than the Women’s Flyweight Champion. Hence, her current record is 22-9-0. Tate may organize a bout with Andrade to slowly climb up the ladder towards Flyweight Champion contending status.

What is your favorite Octagon bout that featured Miesha Tate? Join the conversation in the comments. Share your speculations about which female UFC fighter she will go against next.