Last week Lion Fight Promotions announced their full card for Lion Fight 15! It had been common knowledge for a while that the ultra-exciting Tiffany van Soest would be on the show, but it was only very recently that they finally confirmed that she would be rematched against UK's technical Lucy Payne. We spoke to both fighters to get their thoughts on the upcoming fight, which you can see below. 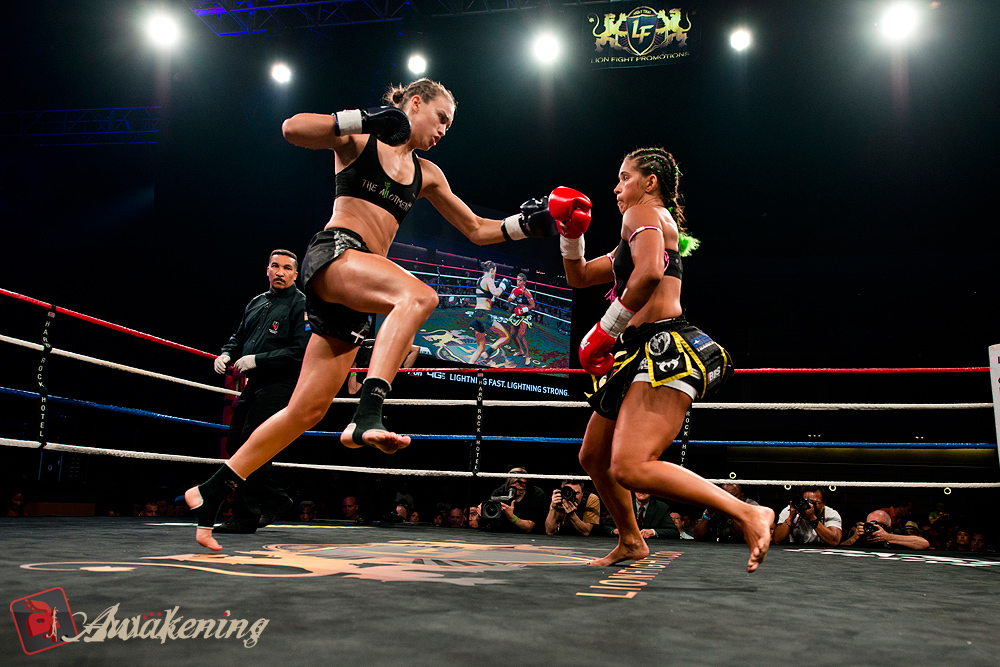 Things are never black and white of course, many fans will be delighted by this rematch while others may see it as slightly controversial. We of course will discuss both sides, but there are a couple of facts that cannot be faulted: firstly, this fight will be exciting whatever the outcome, and secondly Lion Fight will yet again be showcasing a great women’s bout. We’re very excited!

So let’s take a look at what happened the last time these two ladies met each other back at Lion Fight 10 in July 2013. Essentially Tiffany won by a jaw dropping TKO in the first round, by way of a ruthless barrage of elbows. She became the inaugural Lion Fight Women’s Featherweight Champion. Some would understandably say that Lucy hadn’t performed as her usual self that evening and deserved a rematch, we of course agree. In the video interview we shot with Lucy earlier this year, she had stated that - not being in the right mental zone played a big role in her performance.

We mentioned that some fans might view this rematch as slightly controversial, why so? The rematch itself is in no way controversial, but at this time there will have been a portion of Lion Fight supporters that will have expected (us included) to see Tiffany rematch Caley Reece after such a close fight. This view was even more apparent when we spoke to Tiffany a couple of days ago. She told us…

“To be honest, I'm a bit disappointed that my rematch with Caley Reece isn't happening first because our fight was so close and it was a razor thin split decision. I know the fans really want to see that fight again as well because it was definitely exciting and aesthetically pleasing because it was very technical and could have gone either way. I wanted a rematch immediately (laughs)...I mean literally, the next day! We're working on making it happen. I'm sure Caley is up for it as well” 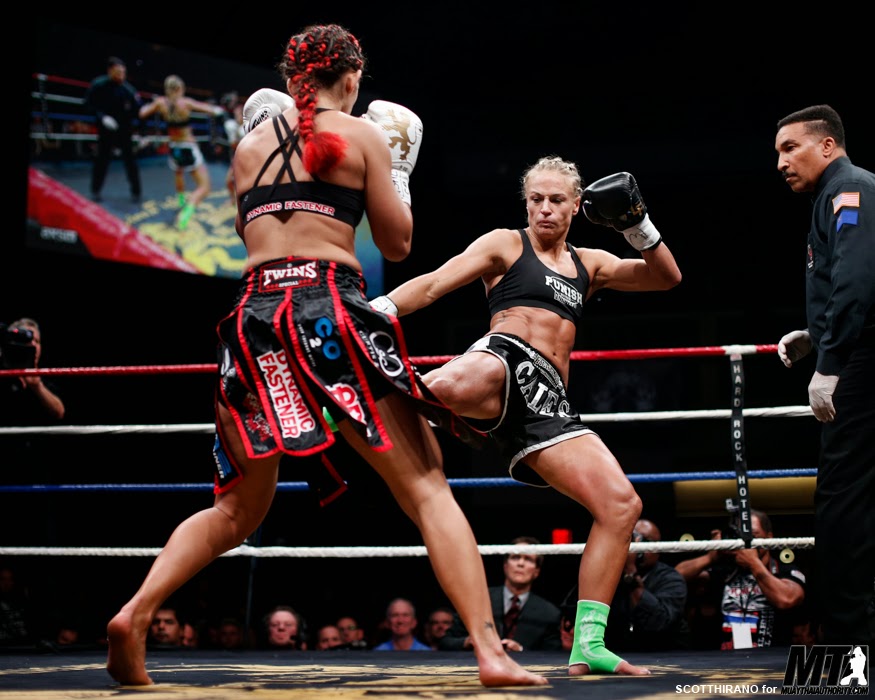 and in regards to Lucy specifically, she says…

“But I'm happy to fight Lucy again because she is a very skilled fighter and I am always looking to challenge myself by fighting the best girls around. As for training, the recipe stays the same. Hard work pays off. I'm really just sharpening everything up, especially my hands. I guarantee Lucy is training hard for this so the only difference i'm expecting in this fight is for her to pressure me more. Other than that I feel that the end result will be the same - Me with my hand raised because I feel like I've only gotten better since the last time we fought nearly a year ago.”

We certainly don’t doubt it when Tiffany says she’s improved! In regards to how Lucy is preparing for the fight. She told us…

“The rematch with Tiffany is very important to me, as last time I didn't get to show what I am capable of doing. I'm not getting as much physical training this time, as I've only taken the fight at short notice. However, I am still training extremely hard, pushing myself to my limits. I am also working more on training my mind, to create a stronger, more positive me, with my mind coach Carl Garner. This time I’ll know what to expect.”

It’s good to hear that Lucy and her team have addressed a hole in her game head on. She is also coming off of a victory against Victoria Lomax, a fight in which she successfully defended her Awakening World Title. That was the first time she had ever had the opportunity to defend any of her titles, and was no doubt a confidence boost.

Tiffany of course comes off a very close defeat against Caley Reece, her first professional loss. Although she doesn’t have anything to prove against Lucy – we may well see the most focused Tiffany yet!

Can we expect the winner of this fight to get the next shot at current Lion Fight Featherweight Champ, Caley Reece? Probably 🙂

We want to say a huge thank you to both Tiffany and Lucy for speaking to us, and state that… Woooooooooooooaaaaaah are we excited!