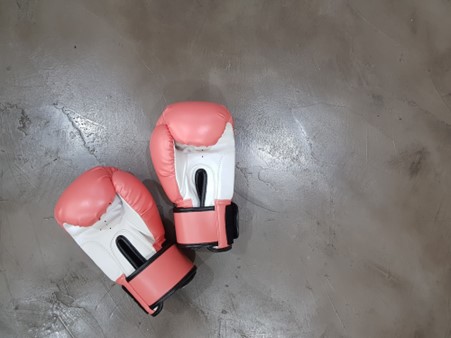 As the global leader in Mixed Martial Arts, the Ultimate Fighting Championship (UFC) has a global reach like no other. With 900 million households following the fights from across the world, UFC gives athletes a global stage to compete. Within the last few years, the brand has had an especially large impact within the Asian market, signing significant broadcasting deals in the region and drawing in new fans. With the strong performances of many Asian women fighters to boot, UFC is gaining traction in Asia.

UFC is making a splash in Asia

UFC has been making headway across the globe, reaching further outside the US borders than ever before. It’s become a truly global brand, with both followers and fighters hailing from countries around the world. More than 50% of UFC athletes come from over 75 regions outside the US, while fans from 175 territories worldwide tune in to watch the fights. In recent years, the MMA brand has been gaining momentum within the Asian market, reaching new milestones, and drawing in new fans. Major successes were visible in the Chinese market, where UFC reached a new and significant partnership with the local China Mobile broadcaster Migu. Ten further lucrative broadcasting agreements were sealed within the Southeast Asian region, bringing fans from countries such as Thailand, Vietnam, and Indonesia UFC fights with live commentary in their respective local language.

The growing success of the brand in Asia can also be seen in the growing availability of local sports betting platforms offering bets on UFC fights to fans from the region. For instance, Thai platforms offer sports betting, known in Thailand as พนันกีฬาออนไลน์, to players in Thai language and allow them to bet on all sorts of sports, among which a wide selection of UFC fights can be found. Local fans can, for instance, place their bets on Thai UFC athlete Loma Lookboonmee (known in Thailand as สุภิสรา คนหลัก), the first female Muay Thai fighter in UFC. The international MMA brand offers athletes such as Loma a global stage to compete against the best fighters from around the world. And many successes of Asian athletes such as hers have helped boost the brand in the region tremendously, pulling in hometown fans from all over Asia. These three UFC women’s fighters are among the best from Asia, impressing global audiences and hometown fans with their performances.

The reigning Women’s flyweight champion, Valentina Shevchenko, also known as “Bullet”, is widely considered one of the best women’s fighters in the world. The Kyrgyzstani professional mixed martial artist has been dominating her division, having defended her belt on six occasions thus far. She was only defeated twice since her UFC debut in 2015 – only the G.O.A.T. of female MMA, Amanda Nunes, has been able to earn victory over the Kyrgyzstani. As of 2022, she sits at the top of the current best pound-for-pound female MMA fighters rankings.

She was the first Chinese and East Asian world champion in UFC history and is undoubtedly the greatest female fighter in Chinese history: Zhang Weili, going by the nickname “Magnum”, put UFC on China’s map with her record-breaking performance. She needed just over a minute to defeat the then-reigning champion, Jessica Andrade, by TKO. She went on to defend her belt after that and just regained her world title in her strawweight division by defeating former champ Carla Esparza on November 12, 2022, at UFC 281. With her record-breaking success, she currently sits in the third position of the women’s MMA pound-for-pound rankings, cementing her spot among the top female fighters from Asia.

She’s the first fighter from Thailand to sign with UFC: Konklak Suphisara, known as “Loma Lookboonmee”, started her MMA carrier as a Muay Thai fighter and has become one of the best Muay Thai fighters in the UFC cage. Having won many titles, such as the IFMA World Champion and IFMA Royal World Cup Winner, she brings a lot of talent to UFC and has impressed both hometown and international fans in her strawweight division. She currently ranks 19th in the best female strawweight rankings.

UFC continues to reach more fans and athletes from around the globe and has been making a splash in Asia in recent years. By sealing new significant broadcasting deals in the area and signing Asian athletes who went on to record-breaking success, UFC continues to make headway in Asia.