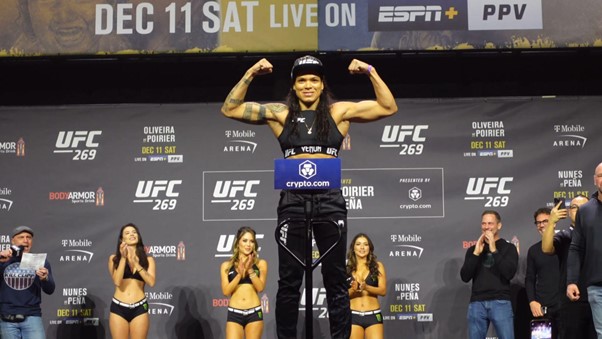 The Ultimate Fighting Championship (UFC) updated its pound-for-pound rankings following the UFC Fight Night: Nzechukwu vs. Cutelaba, and there has been no change in the women’s standings. With no women’s bouts on the card for the upcoming UFC 282 in Las Vegas on December 10 and none of the current top 10 in action before the New Year, it means Amanda Nunes is still the UFC’s number one pound-for-pound female athlete.

There are some incredible female athletes in the UFC; some could probably stand toe-to-toe with men in the same weight divisions! You know that Nunes is the current number one, but which women are in the chasing pack in the race to clinch the top spot?

Nunes is an incredible mixed martial artist who is destined for a place in the UFC Hall of Fame when the time finally comes for the Brazilian to hang up her gloves. Nunes made her professional debut in March 2008 in the Prime: MMA Championship 2. She lost after only 35 seconds of the first round to an armbar submission to Ana Maria. The defeat rattled Nunes because she won the next five fights by TKO or corner stoppages.

Her UFC debut came in August 2013 at UFC 163. Sheila Gaff was the unfortunate soul who became the latest in a long line of female fights to find themselves knocked out by Nunes. Nunes lost her third UFC clash before embarking on a 12-fight winning streak, which ended at UFC 269 when the fantastic Julianna Pena forced a second-round submission. However, Nunes won the rematch by unanimous decision six months later. 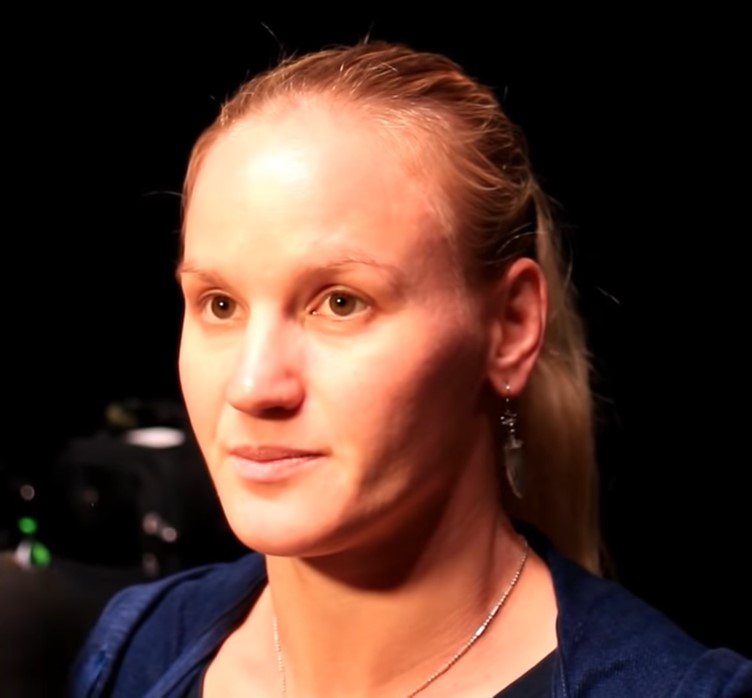 Valentina Shevchenko is the UFC Women’s Flyweight Champion, and it is Shevchenko who the MMA world is desperate to see step into the octagon with Nunes. Shevchenko won 57 of her 59 professional kickboxing clashes and has an MMA record of 23 wins, only three defeats, and eight knockouts.

Both of Shevchenko’s UFC defeats were at the hands of Nunes, although the last time they fought was in September 2017. Shevchenko has come on in leaps and bounds since then, winning nine consecutive battles. Perhaps a trilogy fight with Nunes could happen in 2023?

She may only stand at 5ft 4in and weigh 115 lbs, but Zhang Weili is a dangerous fighter. The 33-year-old Chinese national is the reigning UFC Women’s Strawweight Champion and number three in the pound-for-pound rankings.

Weili made her UFC debut in August 2018 and won her first five fights, including beating Jessica Andrade for the UFC Women’s Strawweight Championship. She successfully defended her title against Joanna Jedrzejczyk but lost her belt to Rose Namajunas at UFC 261. Weiji then lost the rematch by split decision, but a devastating spinning back fist knocked out Jedrzejczyk at UFC 275. Weiji got her hands on the Strawweight belt on November 12 at UFC 281 after Carla Esparza submitted to her rear-naked choke.

Julianna Pena’s professional record of 11 wins and five losses does not look all that impressive until you look at the athletes Pena has stepped into the octagon with. She took on Shevchenko in only her fourth fight on the promotion, then faced Nicco Montano before fighting Germaine de Randamie.

However, her back-to-back clashes with Nunes are what Pena is best known for. Pena relinquished Nunes of the Bantamweight title in December 2021, a significant shock in women’s UFC. Nunes utilized the rematch clause, and the pair fought six months later, in July 2022. Nunes emerged victoriously, winning by unanimous decision.

Rose Namajunas is a two-time UFC Women’s Strawweight champion, and she is ranked fifth in the women’s pound-for-pound stakes. Namajunas first won the Strawweight title in November 2017, knocking out Jedrzejczyk. She successfully defended her title in the rematch five months later before losing it to Andrade in May 2019.

Namajunas knocked out Weili at UFC 261 in April 2021 and won the rematch, too. However, Esparza’s split decision win at UFC 274 in May 2022 saw Namajunas lose her belt for the second time.

Your next chance to see women in UFC action comes on December 17 when Cheyanne Vismas takes on Cory McKenna in the Strawweight division.