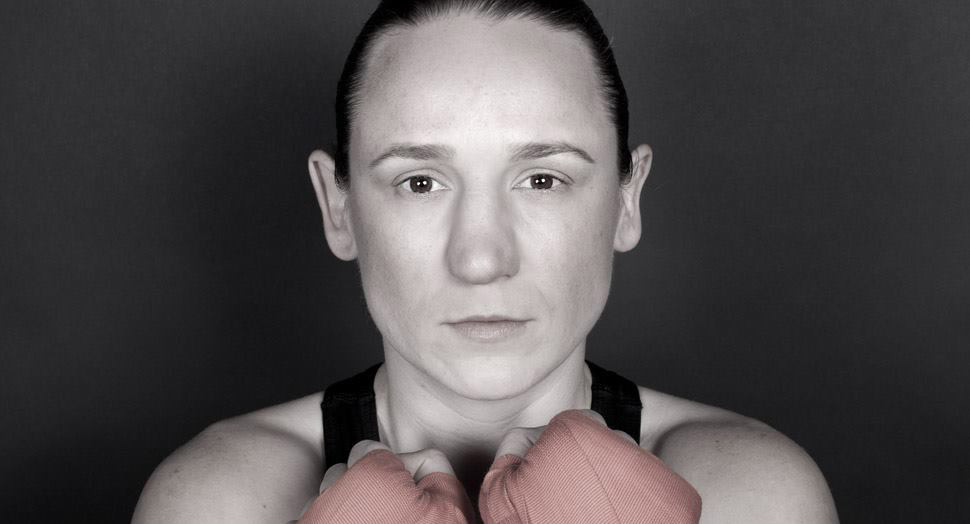 We're pleased to announce that this month's Awakening Spotlight, and ninth in the series, highlights the impressive Diana Prazak. Diana brings two firsts to the Awakening Spotlight series; she is the first Australian female fighter we've covered, and also the first Boxer! You might be thinking… "About time!", and to this we hold our hands up and say..."yep, sorry!"

Born in Melbourne, Australia in 1979, she was raised into a big family as a very proud Australian with an equally proud Croatian and Maltese heritage. Growing up, she was a tomboy and very active. She had always felt that she was capable of something special, but in the early stage of her life hadn't worked out that that something would turn out to become boxing. 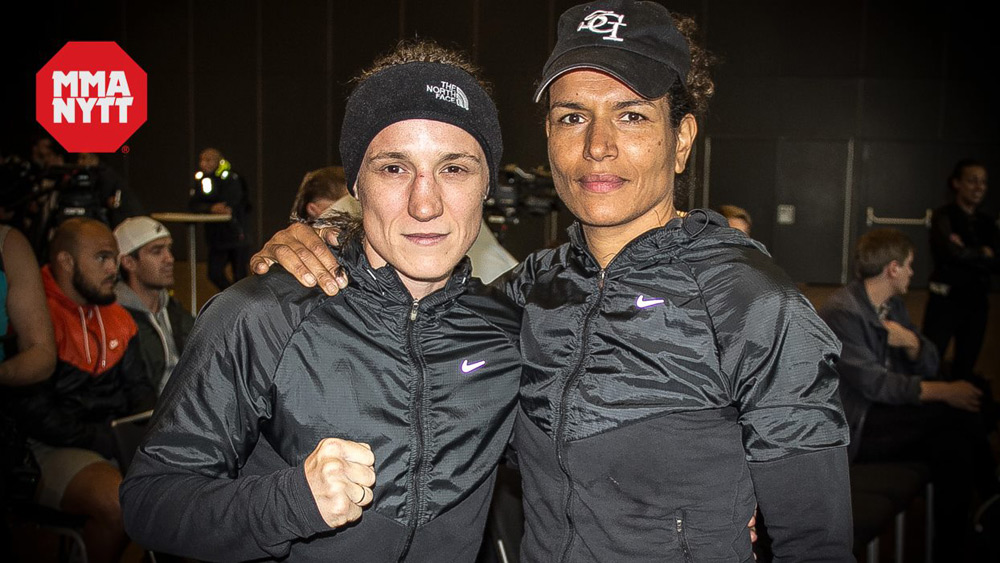 At the age of 25 she started her own business in the IT industry, and even then still hadn't started boxing! With the opening of her new business, and with the hard work involved in such a venture, her health began to spiral downwards. She was a workaholic, chain smoked and inevitably gained weight. Over a three year period of being unhealthy she had gained a whopping 30 kilos. By the time she was 27, she had decided enough was enough, it was time to shed the weight, and time to take care of herself again. Fortunately for the world of boxing, she joined a local boxing gym. To this day she still owns and works in her IT business - it's how she pays her rent.

After just six months of training she had the first of six amateur bouts at 64kgs. She went on to win all six fights via stoppage! The last of these was for a national title, making her the Australian Amateur Light Welterweight Champion. Again, fortunately for the world of boxing, this was her last amateur fight and she turned professional. 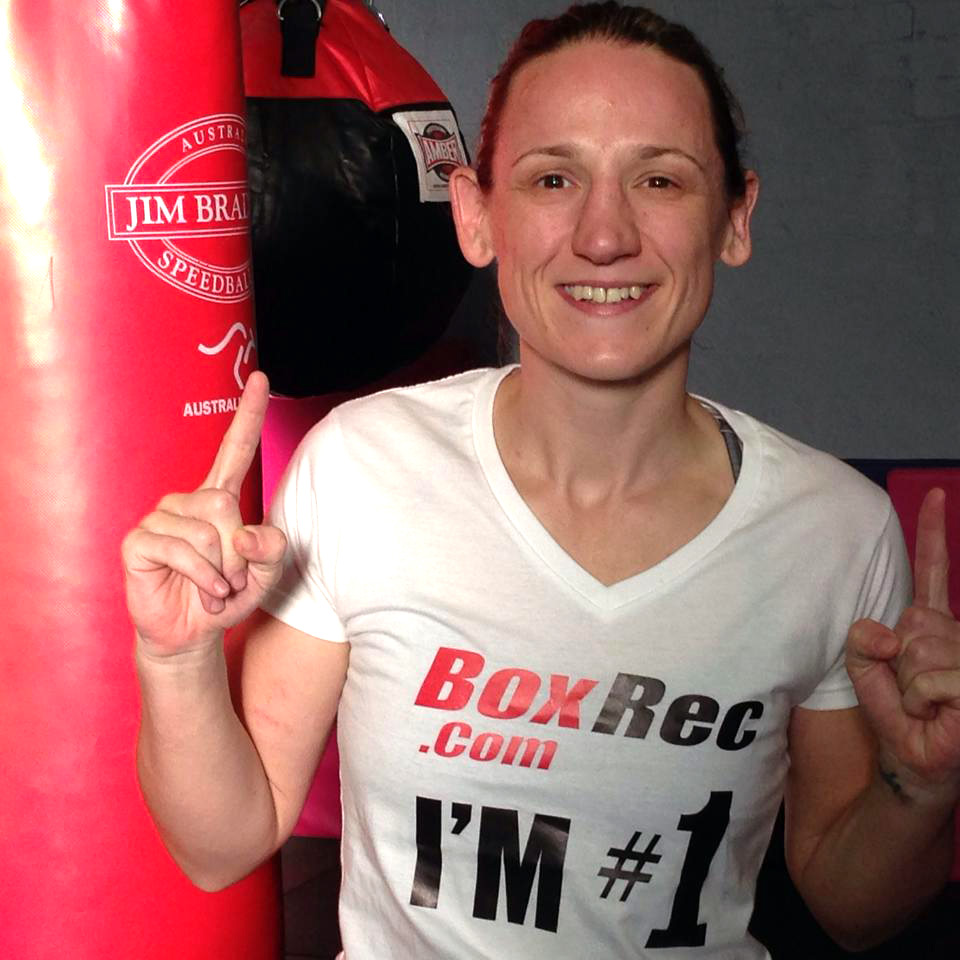 Looking at Diana's list of titles and quality of opponents on her fight record, it is clear that she is one of life's achievers. To call her a natural champion would belittle the sacrifices she has made to reach her goals. When we asked her about her path she told us… 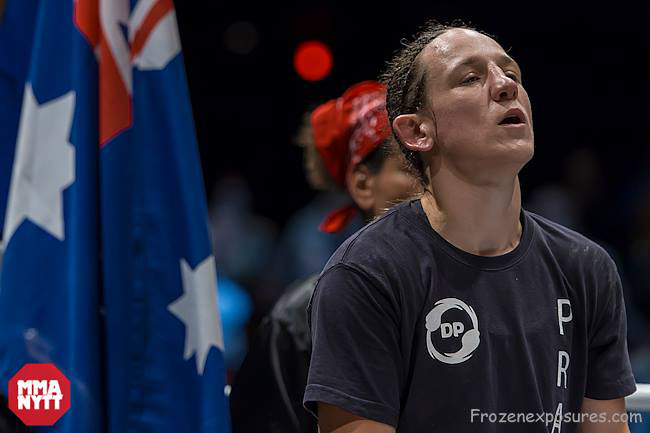 "To follow my dreams, to try to make myself a better athlete; I left everything that I had behind. My home, my family, my love, money, comfort. I did it all because I don’t believe that I could pursue my dreams and goals by just being mediocre. I have fought the best in the world to be where I am right now – the very best. I am only getting better under the leadership of Lucia. I will keep fighting to help make a change."

She clearly works incredibly hard, and that last sentence really says a lot about Diana. What will she keep fighting to help make a change with? She told us, in striving to be the very best that she can be, it will make it easier for other female athletes to be recognized in a world that generally actively supports men. This is something that unites the female combat industries, many female fighters realize they are fighting for more than themselves - and it's great to hear when someone as classy as Diana spells it out. 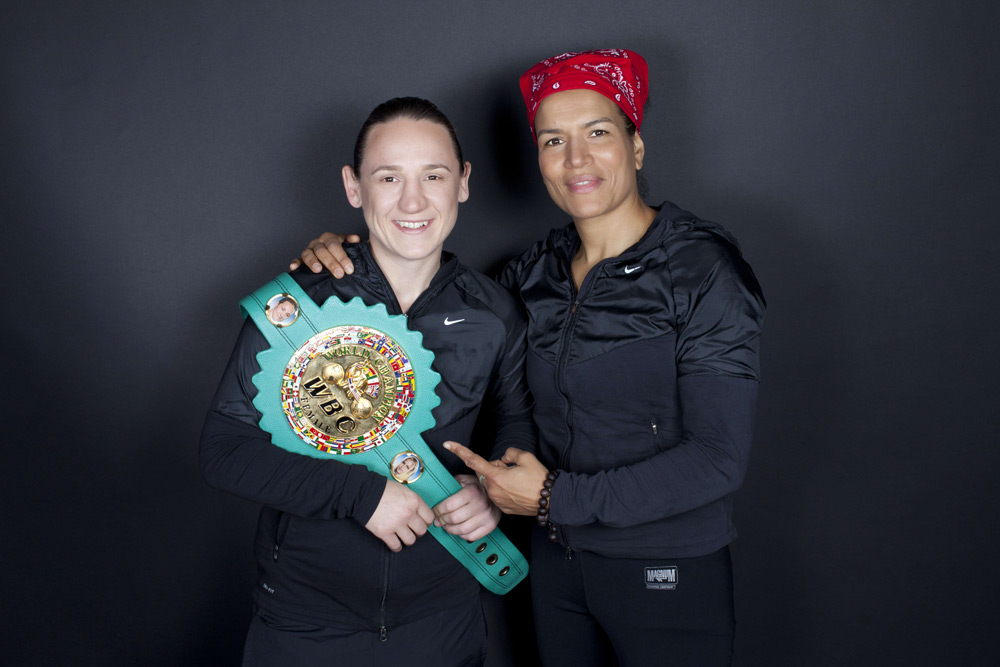 You will have noticed the name Lucia appear in her comment, and you would be right in thinking of the great Lucia Rijker. We're now starting to see all the elements coming together that help make Diana a unique force. Although Lucia Rijker is her trainer and co-manager (alongside Dominic Kelly), it doesn't end there. Two of the biggest names she's partnered up in sparring with would be Melissa Hernandez (6x World Champion) and Ronda Rousey! Most fight fans will agree that Ronda Rousey's stand-up has improved tremendously, now you know why. Under the tutelage of Lucia Rijker, and with Diana Prazak as your sparring partner over a two year period, what else would you expect!

We asked Diana what her goals and what motivates her, and she replied… 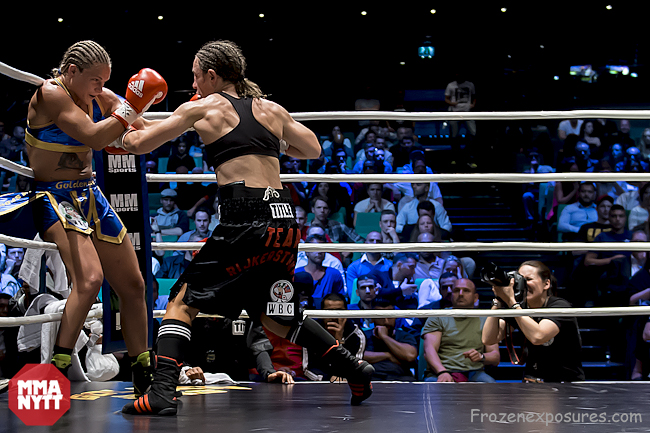 Before we close this spotlight we wanted to mention a feature length documentary called Bittersweet, from director Marieke Niestadt. The film follows Diana's 8 week training camp and fight against Frida Wallberg for the WBC title. It is not a typical boxing film and this should be made clear. It has already picked up numerous awards for its raw, heart-breaking and extremely emotional insight into fighting at the top. We will be doing a full review of the film at a later date. In the meantime, here is the awesome Bittersweet trailer…

We hope you have enjoyed the Diana Prazak spotlight! We asked her if there was anyone she would like to thank, and she replied…

"There are many:
My family and friends, my clients, Ashley (my first and true love) – without their love and support I wouldn’t have been able to have made it this far. My first trainer and Manager. Mick Hargreaves and Adam Wilcox. They started my career, under their leadership I became a Champion. My fans. The messages of support that they send me continue to encourage me to be inspired. My manager. Dominic Kelly and he’s family. For the support and belief in me. My trainer and co-manager, Lucia. For making me not only a better fighter but a better person. She sees me at my best and makes me a better person when I’m at my worst."