An interview with Rosy Hayward: 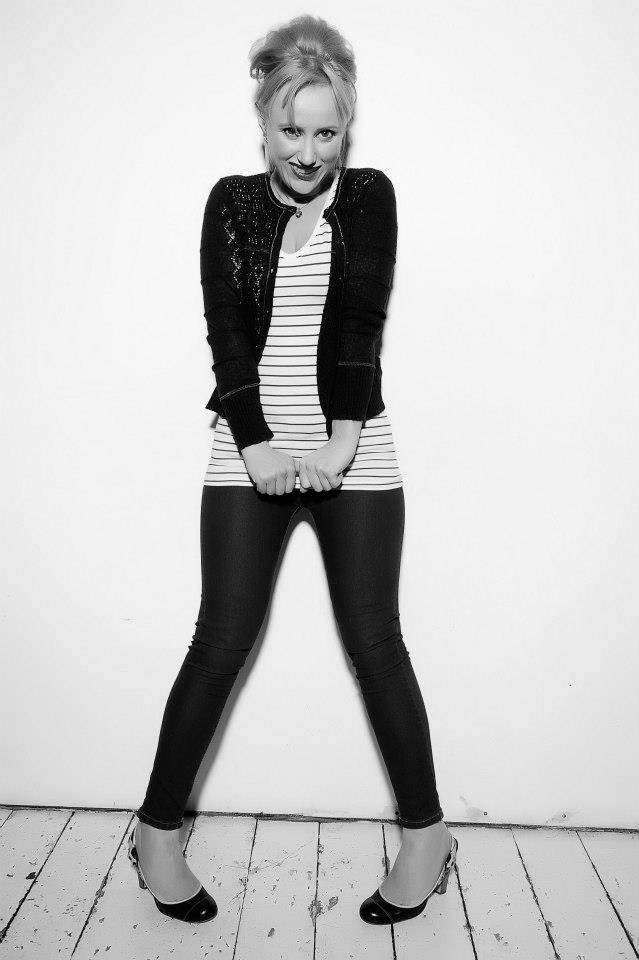 For those that don't know the name, Rosy is an ex-fighter who is essentially a female fight fan with a mission. She runs the very successful global Female Muay Thai on Facebook Group, for which was voted Media Resource of the Year in the Awakening Female Muay Thai 2013 Awards. The community is made up of fighters, coaches, fans and promoters from around the world - sharing information about events and fighters all from different backgrounds and levels. The group also has plenty of valuable historical information, so much so that Awakening rates the group as an essential part of the over all global female Muay Thai community. If you want to know what is going on in the world, then you need to join this group.

Hi Rosy! Let's jump straight into this. We know that you're not big on self-promotion, but sometimes you just have to let others big you up where it's due… so we're extremely pleased that you agreed to this. A couple of questions about the awards, and then we'll move on to you! First of all, what were your thoughts when you found out you won the award?

“I was very happy. It’s been a good year for the group it was so exciting to cover Enfusion Live, Lion Fight Promotions and have video of big fights released almost immediately for everyone to see, MMA fighters Nakamoto and Cris Cyborg attracted back into Muay Thai, World Muay Thai Angels, the return of Caley Reece and then the match up between her and Tiffany Van Soest. There have been so many opportunities to see fighters in daily life too, photo shoots, interviews, training clips, blogs… this year I was struck by the relationship between the media and female fighters and how much richer it has made the sport. I think Female Muay Thai on Facebook does a great job of tracking all this so it was it was lovely to get the award.”

We know that you are supporter of Awakening's work and efforts, so what were your thoughts when you first heard that we were organizing the awards?

“I really liked that it was going to be a global awards (is that a first?) I shared the link with as many pages representing different countries as I could, and I like Awakening … I thought it would have a broad unbiased focus so it was exciting.”

Thanks, that’s nice to hear. We were actually surprised at how many people voted, and we know that we owe you a lot of thanks for spreading the word!
Many regard you as an important figure within female Muay Thai, for the work you've done in documenting and bringing people together. As somewhat of an authority on information, do you have any opinions on any improvements we might consider implementing for next year’s awards?

“Nope I think you guys are quite the authority yourselves and you’ll work it out. I don’t think there will be a perfect formula. I liked that it was community nominated and voted… maybe some promotion of the awards in various languages so more countries can easily participate… ”

Ah yes, we have been considering getting involved with translations, but we hadn’t considered it for the awards, thanks for the idea! Ok, that's enough Q's on the awards. How did you first get involved in Muay Thai?

“I saw a clip on TV in 1990 about travelling to Thailand and a Thai female fighter was interviewed. I was looking to get fit and by chance there were classes near my home, it was either Thai boxing or Tennis… I went to look at the gym, thought the people were nuts, started training and it’s been my passion ever since.”

...and how did this lead you to creating the facebook group?

“I’ve been hungry for information on women in the sport from day one so initially I bought every magazine I could that mentioned female fights and fighters and kept scrap books (this was pre internet) when the internet came along the volume of material grew so facebook helped me organize and find a home for articles I liked, Dan Cuchich’s womenkickboxing.com was an amazing site at the time covering the sport, I found other sources of information like forums marginalized female fighters, when womenkickboxing.com got quiet, with less updates I had a group already on facebook that could pick up the slack and take over the role that site had played. Mr Cucich linked the group with his site which was lovely.”

It’s nice to put a name to womenkickboxing.com because we come across that site a lot when looking for information.
Unlike many facebook groups, as the owner/admin you seem to be constantly finding interesting things share with the community. When you're browsing your sources, do you have criteria that you stick to on what makes it into the group or not?

“I am almost constantly searching! My boyfriend is not involved in Muay Thai at all and is quite bemused I spend so much time on facebook. I am so happy the group got this award to lend credibility to my obsession. My criteria is information of global or historical significance to the sport. I look for international matches, development in countries especially those new to the global scene, interesting fighter related stories and cute fighters pets.”

Well now hopefully your boyfriend will recognize the importance of the community you have created! Actually, we think we have discovered a new OCD-like medical condition called Femalemuaythai-postie-itous. A couple of the Awakening team have definitely come down with it while gathering data for our database - is this something you have? ..and ...have we perhaps picked it up from being a part of your group?

“Yes , it’s a chronic condition and there is no cure. I hope people in the group catch it because I can’t keep this up forever. I started my own club in 2013 and I need to do more ‘proper‘ work this year so there will be less time to scour the net for news ”

The ‘proper’ work always gets in the way doesn’t it?! We also hope that people continue to share more things in your group.

Do you have any thank you's or shout outs you'd like to do?

“Yes please, I would like to thank Simon Wells my coach mentor and inspiration ever since I started Thai Boxing. Dan Cucich for setting such a high standard in covering female fighting and passing the baton to me. Thank you fighters and their teams. All the world champions in my group, it is so thrilling as a fan to be in contact with these stars and have their input on the page, in particular Caley Reece who has done so much to promote female fighters in Australia (check out her group Aussie Muay Thai girls) and because following her career is a window on the international scene, and Iman Barlow who is amazing and fun and I love her posts and interviews. Thank you to all the journalists and bloggers whose material I share , Sylvie Von Duuglas-Ittu, Natasha Sky, Melissa Ray, Marianne Barrett, Jeniffer Osterlin, Emma Thomas amongst them, my go to resources which include qr.livedoor.blog in Japan, and applebees youtube channel. Fighters, promoters, coaches, fans, webmasters who share information on facebook especially Marcq Piocos of Wombat sport, Didier le Borgne, Sergio Leotamu Paulo Alexandre G Mestre for posting great fights on the group, Chantal Ughi, Laurene Pumphanmuang and Jade Marissa Sirisompan for their insight into the Muay Thai scene within Thailand which is essential for me as I am far away and don’t speak Thai. Everyone who contributes to the group with comments information or posts is very much appreciated thank you all very much- and thank you Rew and the Awakening team for all you do.”

Thank you so much for giving us your time Rosy. Everyone at Awakening appreciates all the effort you put into your group and we considerate it a extremely valuable asset, not only to our gathering information, but to the community as a whole… and all the best with your club!