NCWB1 – An interview with Éloïse Picard 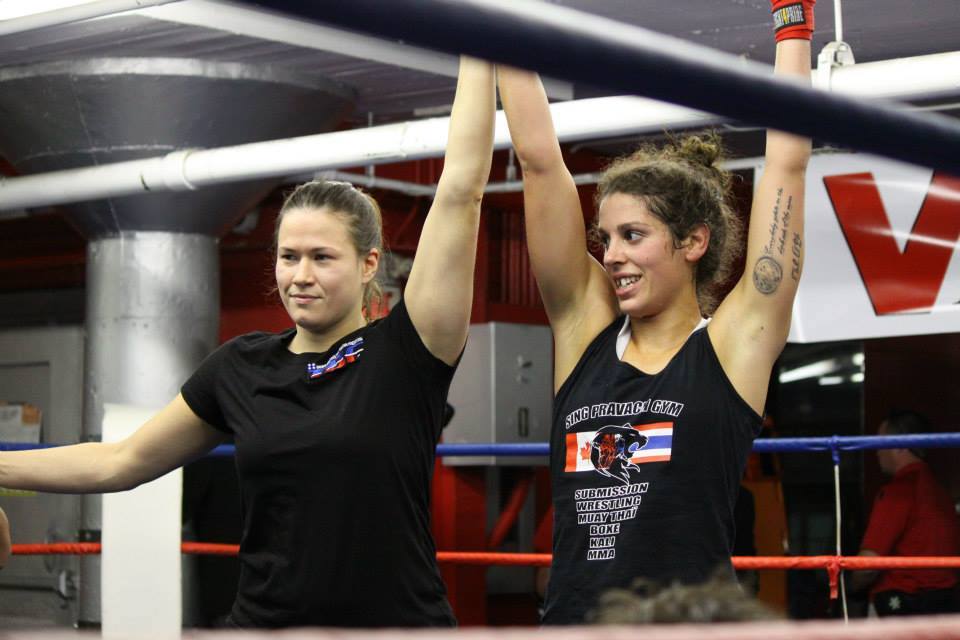 Continuing our series of articles and interviews in the run up to the Nordic Coliseum Women Boxing event, NCWB1 on the 15th of August. We stole some time from Éloïse 'The Nightmare' Picard during her preparations for the show. She is a 22 year old fighter from Quebec, with an ample amount of amateur fighting experience to see her confidently make the next step, her professional Boxing debut! She is a multi-disciplinarian and her current records are: amateur Boxing 5-2-0, amateur MMA 4-3-0, amateur Muay Thai 1-0-0, and amateur Kickboxing 2-0-0.

Hi Éloïse, thank you for speaking with us on such short notice!

“Hi, thank you for the opportunity!”

Let's start with the NCWB1 questions. Your opponent is Judy Pereira, also from Canada, what do you know about her?

“Not a great deal, she is from Manitoba and that’s all I know.” 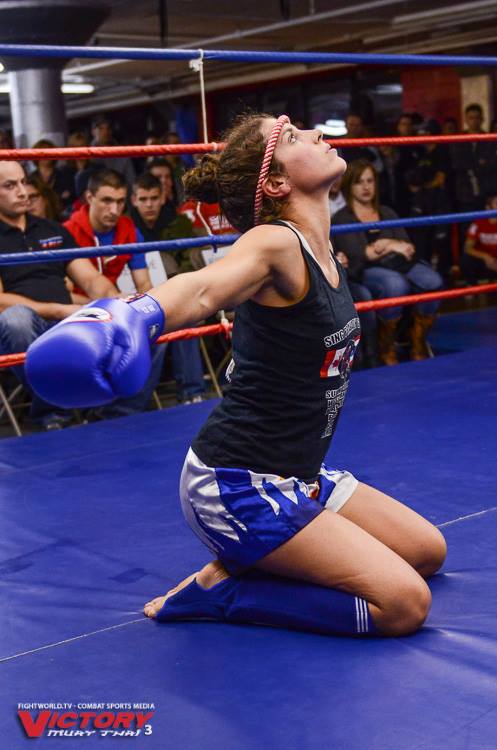 How long have you been preparing for this fight?...and as a multi-discipline fighter, how has your training camp adapted specifically for this fight?

“I have known for this fight since March or April and since then I have been adapting my training to only do boxing, and I am presently at Final Round in Ottawa to finish my training camp, they are specialist and used to the world of professional boxing so I felt safe to go there are train with them for the last 4 weeks.”

Can we coax you into giving us a prediction of how you think the fight will go down?

“All I can say is that I have been giving my 110% at every training and that I am very focus right now so no matter the result I have done everything I could possibly do.” 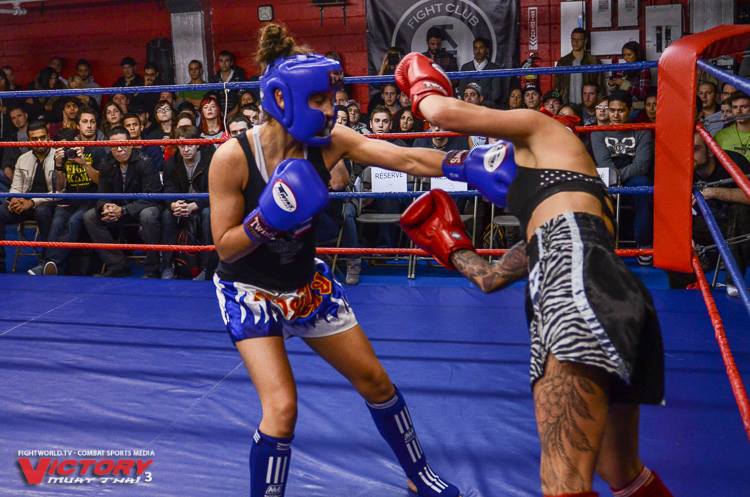 We think this fight is historically significant because you open up the NCWB1 show, which means it will be the first fight …on the first all-female boxing card in Canada. Are you feeling any additional pressure because of this, or any nerves because this will be your pro debut?

That’s great to hear! NCWB1 is a historic event, what does it mean to you to be a part of it? …and how do you see the importance of this event to female combat sports?

“For me this is like a gift, I have always promoted girl empowerment to do what the guys are doing and this show represents everything I believe in. This event I believe will help to show the talent of women and they won’t be overshadowed anymore by the guys’ performances.”

So let's now talk a little more specifically about you and your martial arts journey. How did you first get involved in martial arts?

“I started judo at 7 years old and did it until 12, my dad wanted me to learn how to defend myself and this sport just felt right for a little girl like me with strong will and opinion. I was competing but eventually I felt too much pressure and stopped doing judo. Then after trying many sports team I found myself into boxing and this sport was giving me everything I needed. So at 13 years old I already knew that I will work my ass off to be a professional fighter (one million dollar baby helped there ahaha!). Eventually I started doing muay thai and kickboxing and this was even more interesting and I got my first MMA amateur fight at 16 and just never believe that there could be a better feeling than being on the ring and letting yourself be who you really are and show how brave and tough you are.” 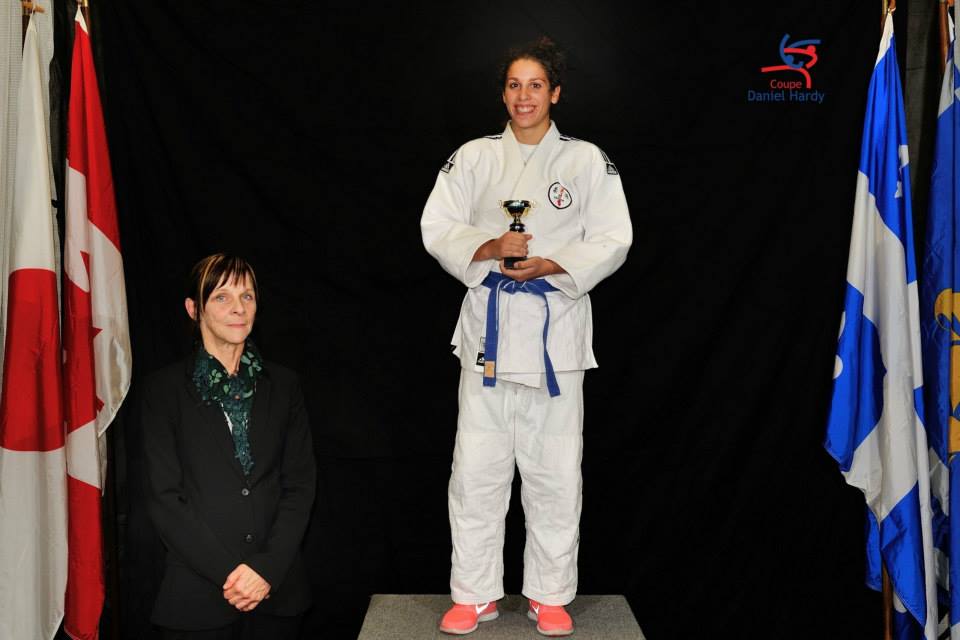 “Well as I said earlier I have always loved to compete when doing a sport and so I started competing in judo, but my first fight was in boxing and after that fight even though I lost I knew I would not stop.”

Growing up who inspired you? Where there, or are they any female athletes that you specifically look up to?

“I cannot remember being inspired by someone when I was a kid, but one thing is sure is that I didn’t need it because I am very stubborn and when I say something I usually end up doing it no matter the amount of time I have to put in it (be a professional fighter took me 9 years). Now I look up to the best female fighters in the world and try to apply their work ethic and attitude to my own training. Closer to me the person that inspire me the most is my boyfriend who has such determination and is always working to improve his technic and has made so many sacrifices that I could not but to look at him and be inspired to do the same and keep grinding!” 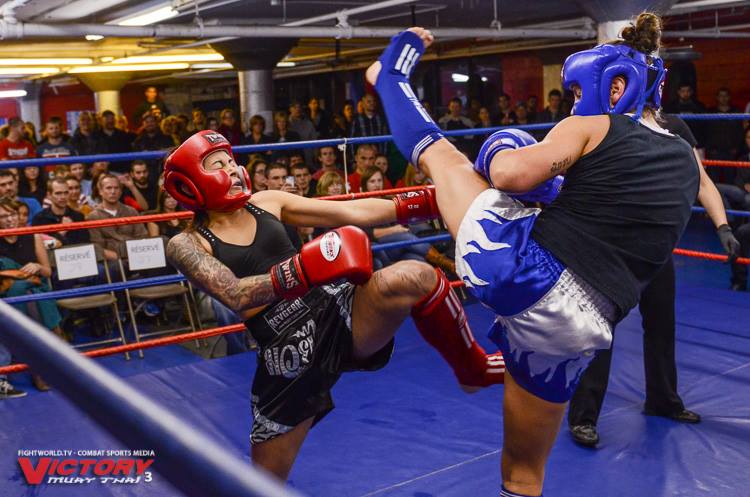 ..and lastly where do you see yourself if five years' time?

“In five years I hope I will still be fighting and I also want to start my own Management Company and gym with my boyfriend (Maxime Dubois professional MMA fighter), this is a dream we carry and I hope that with all our experience in martial arts we will be able to train and lead people to where we are.”

Well thank you again for speaking with us Éloïse, we will be watching the show and we wish you all the best for it! Before we close the interview are there any shout out's or thank you's you would like to make?

“Yes, I would like to thank all my family who is supporting me and believing in me and making the effort to understand my lifestyle. Thank you to my uncle and aunt for letting me stay with them during my training camp. Thank you to Final Round Boxing Ottawa for the ass kicking training camp. And finally I would like to make a big shout out to my boyfriend that has always being there and supported, guided me through this adventure, thank you my love without you it would not be the same.” 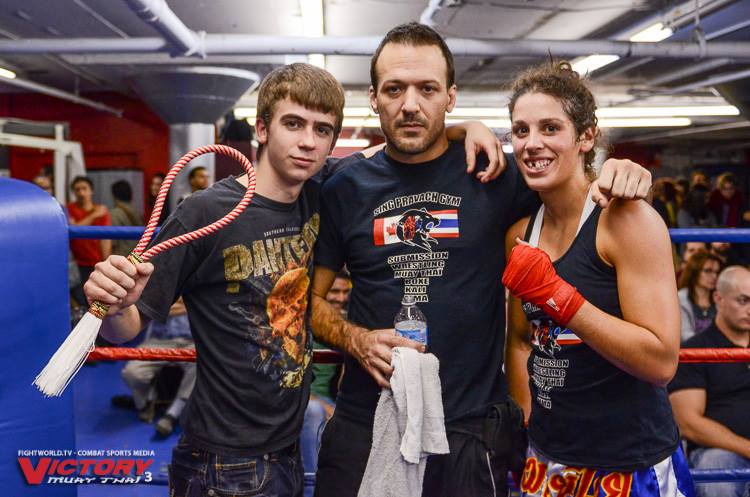