Maritzarda Hersisia is a Dutch female Muay Thai fighter under Ben Boekee, Team Thriving. She is also a Champion in Sanshou, let us not forget that! At aged 31, she currently has a healthy Muay Thai record of 26-10-0. She's a very pleasant lady, but when she has her game face on she's pretty intimidating! She fights on April 6th in Manchester against Welsh fan favourite Tanya Merrett. We decided to speak to Maritzarda and see how her preparations are going. 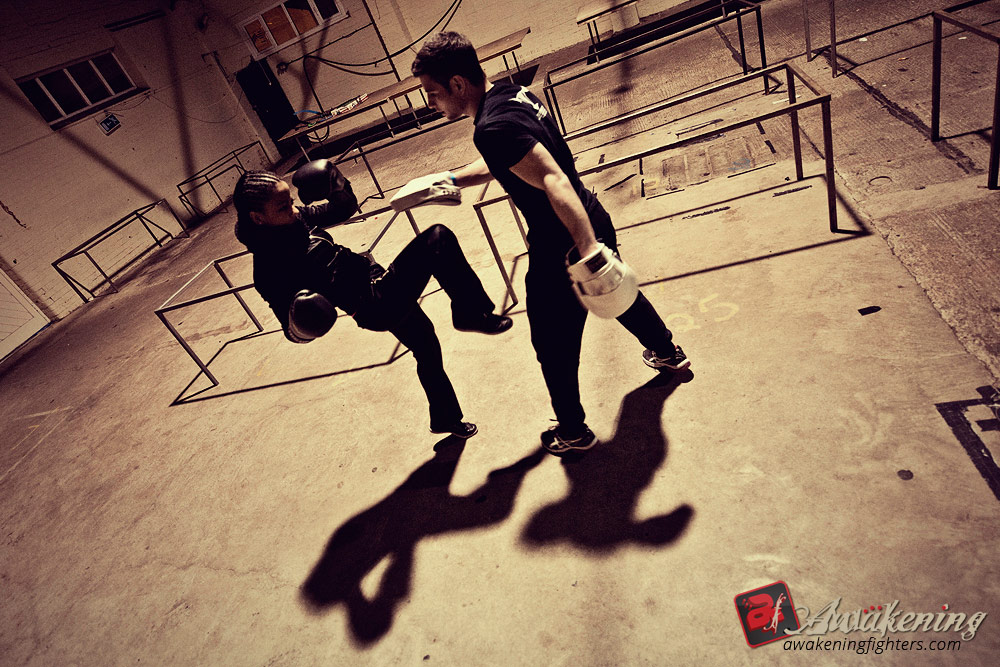 Hi Maritzarda, thanks for taking the time to chat to us! How are things with you since we saw you last?

“Things are going well with me. I’ve had a little headache the day after my last fight, but that was pretty much it. Unfortunately, I did get ill the week after the fight. It seemed like all the stress came out at once and it kept me in bed for a week. After I felt better, I started training like I always do.”

We’re glad you’re better! Now, we had the pleasure of meeting you in Leicestershire a few weeks ago when you faced Iman Barlow. Your upcoming fight against Tanya will be the second fight in a row that has been in the UK. How often have your fought away from home and is it something you get used to?

“I have fought away from home very often. In my area there are not a lot of A class girls, so we always have to travel a little bit. It's not a problem and very nice to meet new people and see different places.” 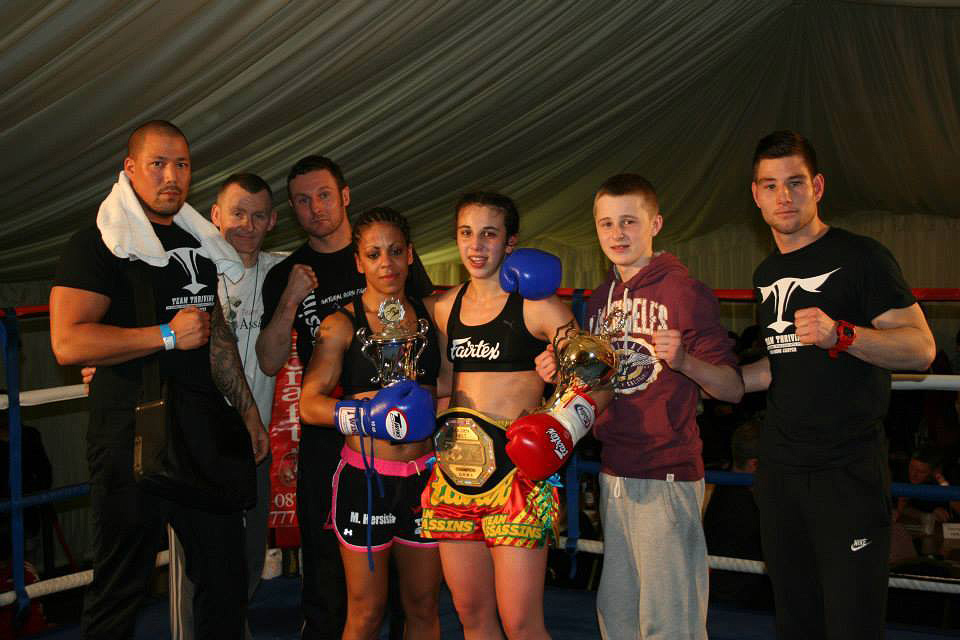 In your opinion, what are the major differences between the Dutch scene and the UK scene?

“A major difference is the audience. In the UK it doesn't matter if you win or lose, you will always get the respect you deserve as a fighter. Unfortunately this isn't always the case in The Netherlands.”

That’s interesting, I guess it’s similar to how the UK soccer fans deal with a losing side. What other countries have you fought in?

“Besides fighting, I have my day job and I am a mom, so it wasn’t always possible for me to travel very far. Now my children are older, it makes it easier for me to travel. At this moment I have fought in Belgium, Germany, Luxembourg and the UK.” 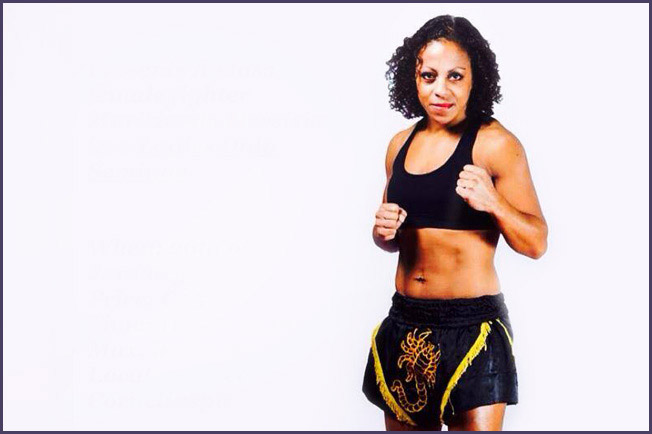 We won’t ask you which your favourite is! Back on topic now to your upcoming fight, what do you know about Tanya?

“I don't really know an awful lot about her. I know she is willing to fight anybody and anywhere, as I am too, and she is a tough fighter who is good in the clinch.”

Are you able to tell us what training preparations you've been making in the run up to this fight? …without giving your game plan away!

“I train like I always do at Team Thriving. This involves cardio, technique, kettlebell and core training. I train 5 times a week at this moment and besides that I run twice a week.” 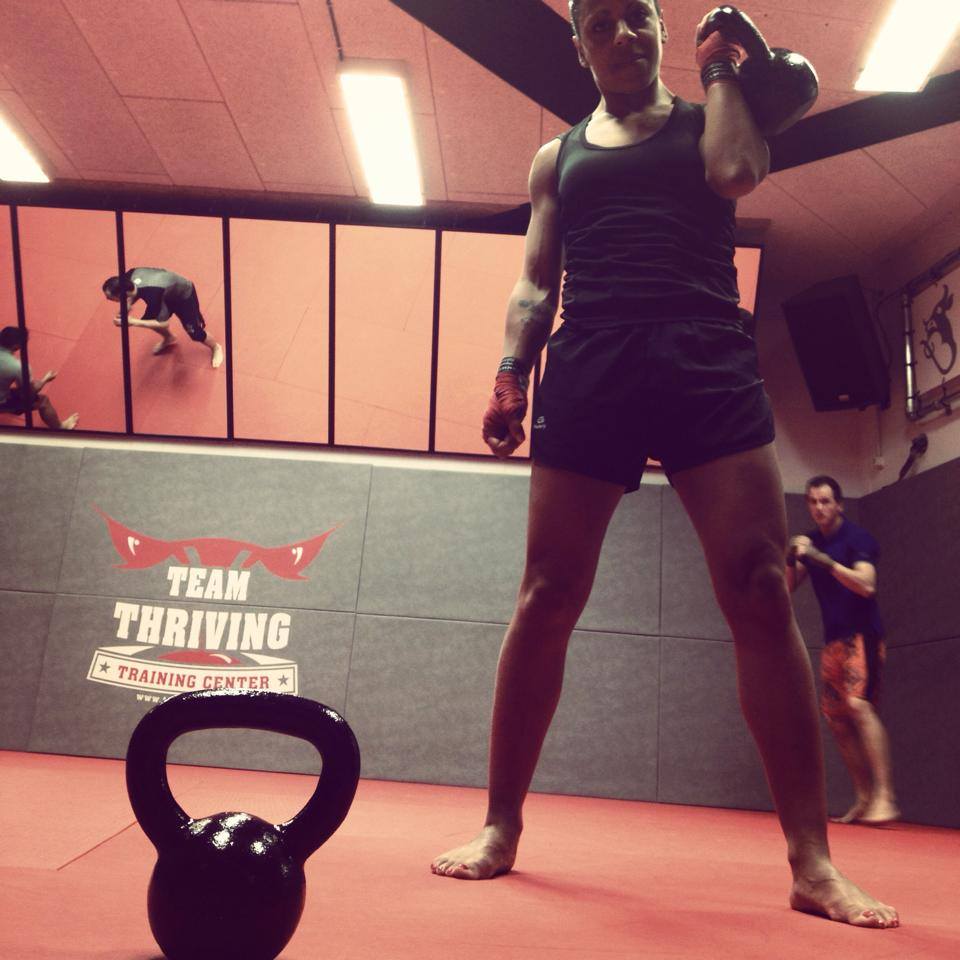 Can you give us a prediction for the fight?

“I predict that it is going to be a different fight than my last fight ;-)”

Changing subject a little now. We've asked you this before, but for the benefit of our readers - how and when did you first get started in fighting?

“When I was young my father used to box and my cousin Richel Hersisia, was a world champion in heavy weight boxing. It inspired me a lot. In 2003 at the age of 21, I went to a gym with a friend of mine and started doing Sanshou, a Chinese way of Kickboxing. Soon I changed to Muay Thai.”

And who inspires you? Or perhaps another related question would be, who inspired you when you first started out?

“First it was my cousin Richel Hersisia and later Lucia Rijker. I can identify myself with her.”

We can see fighting similarities between you and Lucia too! 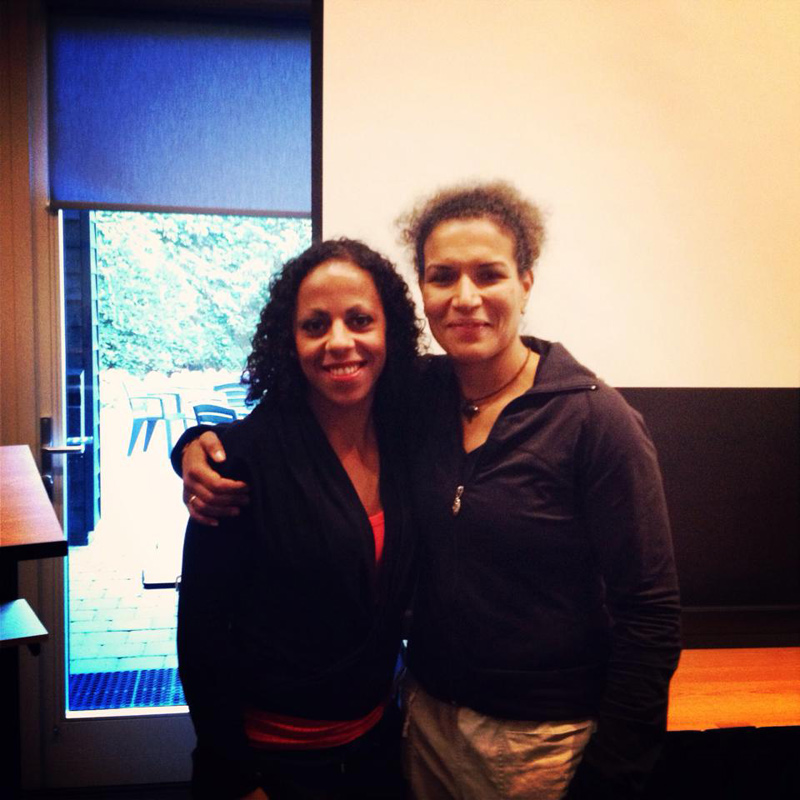 What would you say your greatest achievement has been so far in your career?

“My biggest achievement isn't one particular fight, but the fact that I can make it happen to step in the ring, as mom who works during the day.”

“My goal is to conquer myself and start believing what other people see in me... And last but not least, enjoy it all.”

Before we close out, are there any thank you's or shout outs you would like to make?

“Big thanks to my kids, family and friends, who are always there for me. And I also would like to thank my trainer Ben Boekee who has helped me to start this awesome journey, so I can try to be the best I can be.”

Thanks again for taking this time with us, we wish you all the best for your fight in Manchester against Tanya on the 6th April. We know it will be a good fight, how can it not with you two set loose in a ring together!