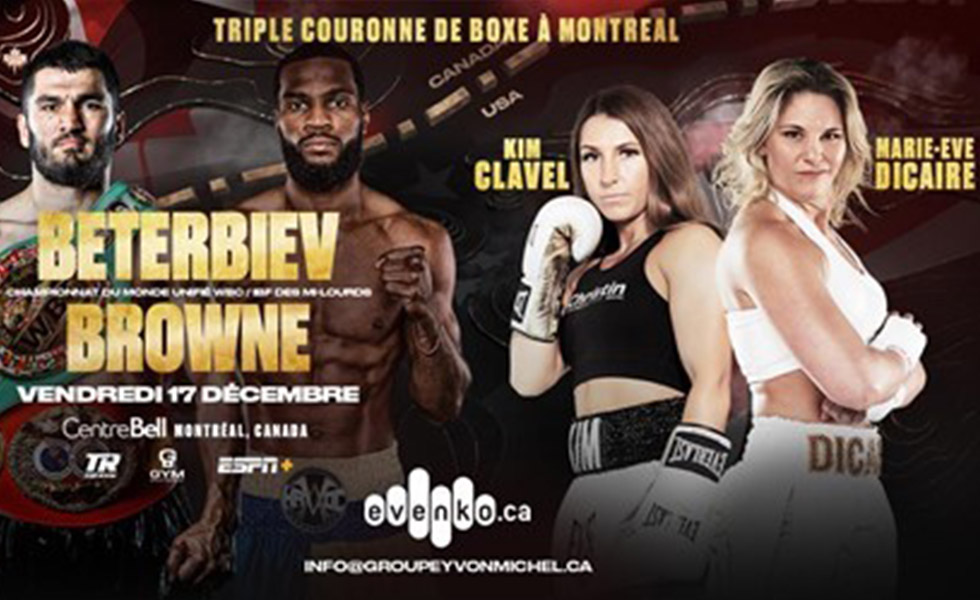 “The Triple Crown of Boxing” Dec. 17 in Montreal

MONTREAL (November 11, 2021) – Canadian female boxing power will be on full display December 17 on the electrifying card, “The Triple Crown of Boxing,” featuring Marie-Eve Dicaire and Kim Clavel in separate World title fights, at the famed Bell Center in Montreal

Co-promoted by Top Rank and Groupe Yvon Michel, presented by Mise-O-Jeu, will showcase a total of three World title fights vying for four belts. The action will be available to watch on ESPN + in the United States, as well as distributed on pay-per-view in Canada, by Bell TV, Canal Indigo, Shaw TV and FITE.TV, as well as certain authorized commercial establishments.

“This is incredible,” Dicaire said. “I remember a few years ago, when I told my coach that I wanted to turn pro, him telling me that he couldn’t say not but that it was going to be very difficult. Now that my name is mentioned with the some of the best female fighters in boxing history, I know that we’ve achieved something special for generations of girls who can now dream of a career in boxing.

“Fighting with Kim for World titles on the same card is, once again, incredible. Yvon (their promoter Yvon Michel) is a strong supporter of women’s boxing, and he is not scared to invest in us. This is such a sign of confidence for me and for sure, Kim, and we will be thanking him by giving our best performances. To be able to how an event with two World title fights for women is also a sign that slowly stereotypes are changing in boxing, but in society as well.”

“I am very proud to be fighting with Marie-Eve for GYM,” Clavel commented. “Very recently, women’s boxing has gradually taken its place in a sport that was once reserved only for men. Marie-Eve has a lot of experience in World Championships, so I am happy to join her on this major event.

“Female boxing in Canada sends a message that is simple: If you work really hard and believe in yourself there is no limit. In addition, you must be supported by a leading promoter who knows the way and has developed good relationships all over the World, and this is the case with GYM’s Yvon Michel.” 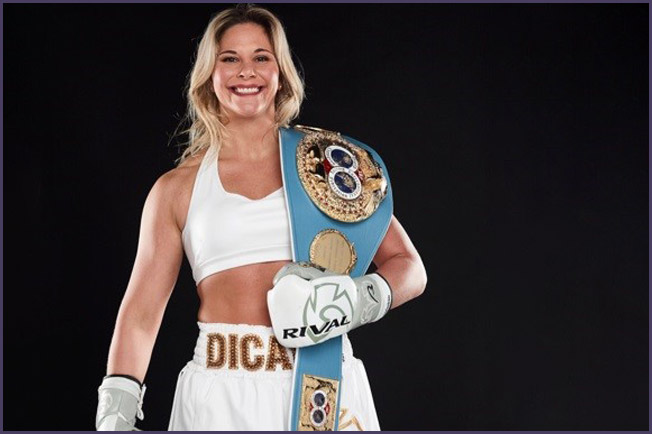 Dicaire, who is 4-1 in World title fights, will attempt to become only the fourth Quebec fighters to regain her World title belt, joining Lou Brouillard (1933), Arturo Gatti (2004), and Jean Pascal (2019).

Ranked No. 1 by the WBC and No. 8 by the Ring magazine’s independent ratings, DiCaire will be fighting for her old belt, and she find herself in an unusual position, coming off a loss for the first time, having dropped a 10-round decision this past March to Claressa Shields.

“It may be strange to say,” Dicaire explained, “but, yes, I definitely feel like I’m fighting for my title belt. I owned this belt for a while and defended it against serious challengers, so I am really happy to have the chance to fight again for the IBF belt. I’ve never taken things for granted, but when you are on a win streak, little details that may not seem as important as when you lose. Despite the fact that I was disappointed to lose, the loss taught me a lot of things. I grew up, experience-wise, and came back to the gym with so much will, The will to become a better fighter, a stronger fighter, but above all, to prove to everyone that it’s okay to fall as long as you get back up on your feet and continue to fight for what matters to you."

“She (Lozano) is a tough fighter that will never back down. In her previous bouts, she showed a lot of conditioning and a really active way of fighting. Although she hasn’t fought a lot of experienced fighters, I know I need to take her seriously.”

WBC Silver light flyweight champion Clavel will attempt to dethrone Gomez (18-5-3, 6 KOs), who will be making her fifth title defense. Clavel hopes to become the 20th Quebec fighter to capture a World title, dating back to Jack Delaney in 1925 up to the more recent World titleholder, GYM’s Joachim Alcine in 2007. 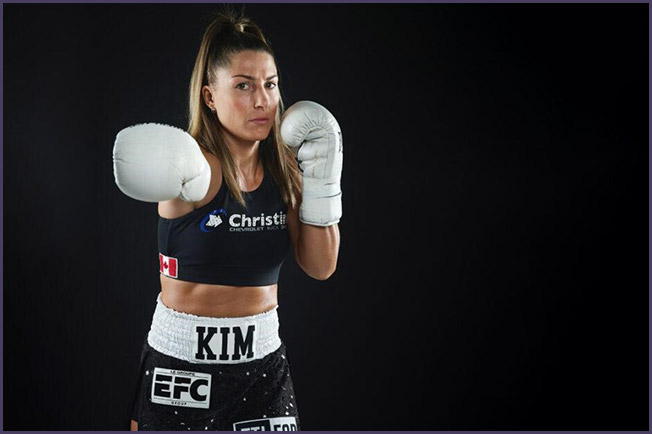 Clavel gained international notoriety by putting her boxing career on hold to battle COVID-19 as a nurse, which resulted in her being named the Pat Tillman Award for Service winner at the 2020 ESPYS

“She (Gomez) has a lot of experience,” Clavel remarked. “She is very good, aggressive, and boxes with a lot of determination. This opportunity is a reward for my last 15 years in boxing. All nurses and health care personnel deserve a lot of recognition.

I was due to box in in March of 2020, but my fight was called off two weeks before due to the pandemic. I decided to go to work in the hospital system. I faced new things during this time. It was very difficult mentally and physically, I came out stronger and subsequently, due to my GYM promoter, things accelerated and finally I’m realizing my dream of fighting for a World title."

Tickets are on sale and available for purchase at evenko.ca. Group reservations can also be made by contacting GYM at info@groupeyvonmichel.ca