Lindsay Haycraft (formerly Lindsay Scheer) from the US, has agreed to take part in the first Awakening event next year in a fight against Julie Kitchen. We need to rally enough support from you the community, in backing our kickstarter to start putting on game changing female muay thai events. We caught with Lindsay and threw a few questions at her, here is the interview… 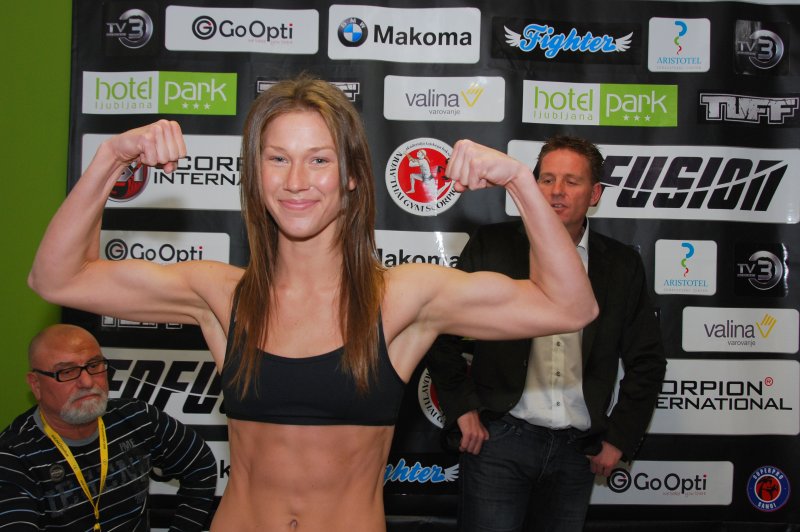 Hi Lindsay, thanks for speaking with us today. We’re so pleased that you’ve made time for us as we know how busy your schedule is at the moment!

“Thank you for the opportunity!”

Before we find out about the two fights you have coming up in the very near future, we’d like to get your thoughts on Awakening’s current juicy topic. For the benefit of our audience, can you confirm that you have agreed to fight Julie Kitchen on the first Awakening show?

“It is true! It still has not set in yet that I will get a chance to share the ring with such a legend as Julie! I have met her many times and absolutely adore her and really respect her status in the sport.”

There is a condition to you fighting though isn’t there, or we should say to the event taking place. Again, for the benefit of our audience can you mention what the condition is?

“Yes. It really is a novel approach to securing the funding to put on such an event. The event will be fan funded with a kick-starter campaign from you the fans by pre-ordering the live stream. Women’s fighting has always faced so many uphill struggles and now you, the fan, can make a real impact. I can not even begin to put into words how excited I am to be a part of such an event! Julie and I have very different styles and I am so excited to test myself against a legend.”

So to reiterate, fight fans, Lindsay Haycraft fans and Awakening supporters need to jump on this opportunity right now because we’ve only got a window of 21 days left as a community to make this a reality!

Lindsay, we can’t tell you how pleased it made us when said you would be interested in fighting on the first Awakening show. We know that you had to think long and hard about it (and we’ll get to that in the next couple of questions), so what is it about Awakening that get’s you behind us?

“I have spent my entire career struggling to find fights. That meant taking on opponents with much better resumes than I, it meant jumping weight classes and it meant taking lots of last minute fights. Aside from my love of the sport, I have spent my years doing everything I can to be as positive a role model as I could, hoping to add some contribution to the women’s side to help the next generation coming up to have more opportunities than I did. It is easy to get behind Awakening because this is that vision brought to action!”

As we briefly mentioned, you had to think long and hard about fighting on this event. You’ve made life changing decision for next year haven’t you?

“I have, or rather WE have. My husband, Eric Haycraft, and I have decided to start a family. This opportunity came along at nearly the perfect time. With only a slight timetable adjustment we were able to keep our plans and be a part of this awesome event!”

Before you potentially face Julie Kitchen, you have two huge fights coming up for Legacy. The first one being against the talented Valentina Shevchenko. Can you tell us when this takes place and how you are preparing for it?

“I’ll face Valentina on January 16. It is at 136 pounds which is a happy meeting point for me and it is GLORY rules kickboxing instead of Muay Thai. Valentina is among the very best 130-132 pound female Muay Thai fighters in the world. It is a VERY tall order to face her. But it is very intriguing with this weight and rules.”

Do you know at this stage who the second fight for Legacy is against, or when you will find out?

“They have a date for later in the year but are planning another earlier but it is not set just yet!”

If we get the support from the community and we can pull off this kickstarter campaign, your last fight against Julie Kitchen will be sometime in May 2015, or June at the very latest. We really are honoured that you’re giving us this chance to get to see you fight one last time on our first Awakening show… it really means a lot!

Do you have any thank you’s or shout outs you would like to make before we close the interview?

“As always my ever supporting parents who are eagerly awaiting grandchildren, my husband, my supportive team mates and the fans! This is a chance for the fans of women’s Muay Thai to stand up and make a real difference! I want to thank everyone for that in advance!”

To make a pledge, visit our kickstarter page here