Lauren Huxley, aka The Hatchet, is a 16 year old Muay Thai fighter who has already made European Champion. She fights out of WPT Wales, Swansea and relentlessly excites audiences with her fearless and technical style. She fights Vicky Church, an equally exciting fighter from the UK on March 23rd - this is a British Title fight on the same card as Lucy Payne vs. Victoria Lomax. 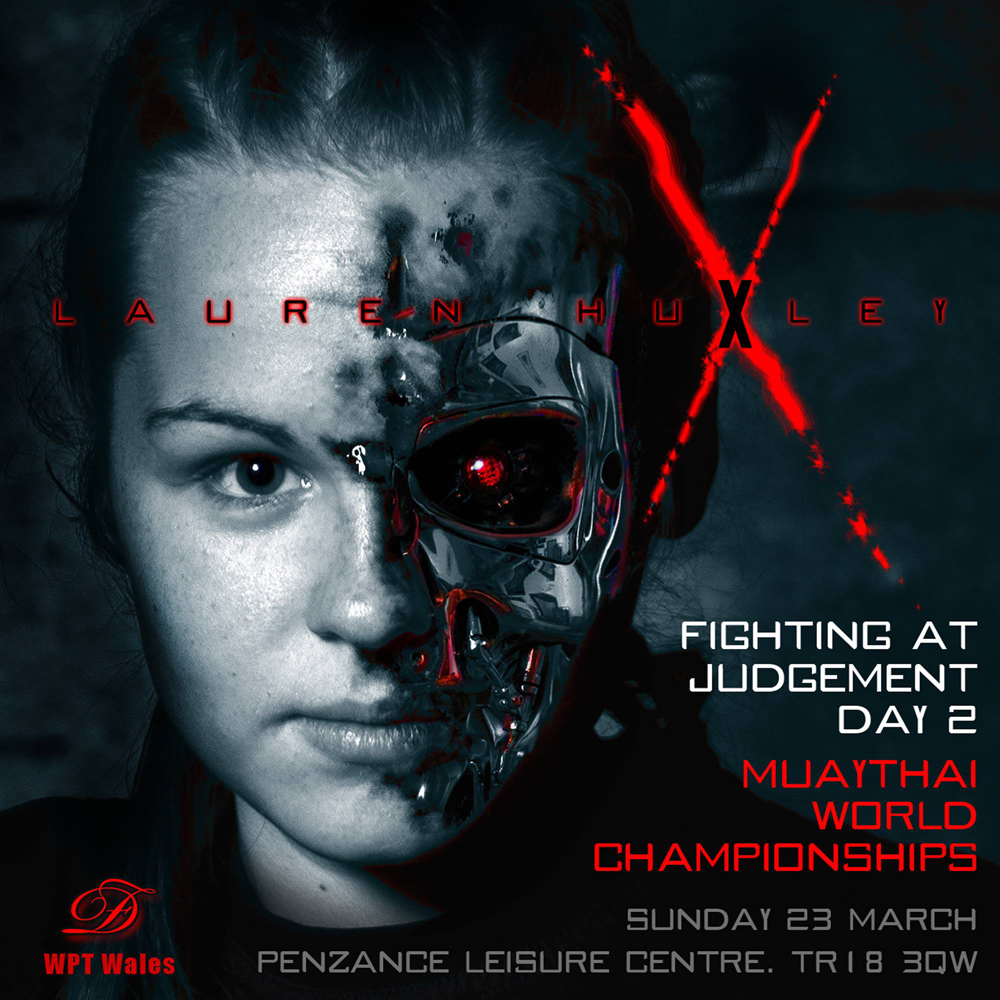 Hi Lauren, thanks for joining us! How are you?

“Hiya Rew and all of Awakening, I am very well thank you.”

Let's talk about this upcoming fight. You face Vicky Church from Cornwall, UK - a fight that was supposed to happen last year but was postponed due to an injury Vicky received in a fight against Denise Kielholtz. There is a lot of anticipation for this fight from fans that know of the two of you. Is this anticipation something that you're feeling? And does this help or hinder you?

“There is always anticipation with every fight I have, but as I am training in mode. I don't necessarily allow anything else to interfere, so it neither really helps or hinders me.”

You've been preparing for this fight for quite a few months now, due to the postponement. How does a fighter deal with that mentally?

“I was obviously disappointed at first when the fight was postponed, as I was already training for my European title fight, my schedule was busy anyway. So I continued to stay focused to fight at my best ability.”

You answer questions like you have had media training! Not bad at all for such a young fighter!

And what do you know about Vicky?

“I know that she is in her 30's and has an experienced Taekwondo background. I also know she recently had a world title fight on Enfusion and her other achievements from reading her Awakening profile page.”

Without giving your game plan away, can we get a prediction from you as to how the fight is going to go down?

“I predict that it will be a hard fight (as Vicky is undefeated in the UK) which I will dominate and win.”

“In September I won my European Title against Kelsey van de Poll and I recently won the Southern Area Celtic Championship. Between September and March my main focus has been training alongside a heavy schedule of my college course and passing my instructors exam.”

As busy as your social feed suggests ha!

At just 16 years old, you have achieved quite a lot of recognition for your fight style within the British community. Talk us through how you got started and where your style has developed from.

“My fighting record started from November 2012 at a Touchgloves show. This is where Awakening first saw me. From there on I had a lot of support off Awakening which raised my profile and got me a lot of recognition. I went to the WKA British Championship in May 2013 and went on to win. Also in May I fought on a show where Awakening came along to support and publishing an article, raising more awareness of me. I fought on numerous shows throughout the year up and down the UK and winning a string of titles. During these experiences is where my style developed alongside intensive training and tuition from my coach Paul. I don't have a particular style, I train with various style fighters who all teach me different techniques.”

Well we believe your style is relentless and fearless! Now, you fight out of WPT Wales, under Paul Wheel as you mentioned. Tell us a little about what it's like to train there.

“HARD! haha. I love training at WPT, it is always intense training and all aspects are taken very seriously but alongside this there is lots of banter. It’s a very enjoyable environment to be in. These are the ones who keep me going, the support it amazing.”

Looking beyond the March 23rd fight, what are your future aims?

“World Champion! Although I know this could be a long, long way, but it is my intention and aim. A closer goal is to pass my red armband (black belt) in Muay Thai. Also completing my college course and hopefully combine a career with fitness and fighting.”

..and last but not least. Do you have any thank you's or shout outs you would like to do?

“Yes, of course. Obviously you (Rew) and everyone at Awakening for the support, sponsorship and friendship. My trainer Paul Wheel, his family, the instructors and team at WPT, their support and knowledge is immense. Also I would like to thank Pete Spensley of the Celtic Championship for the opportunities on his shows and putting me forward for other shows. My family and friends for understanding. Without everybody's support I could not do what I do without them. And I would like everyone to know how much I do appreciate all their help.”

You’ve definitely had media training ha! Well thank you so much for speaking with us again, it’s a pleasure as always. We wish you the best in the upcoming fight. Fortunately we will be ringside and we would not miss it for the world!