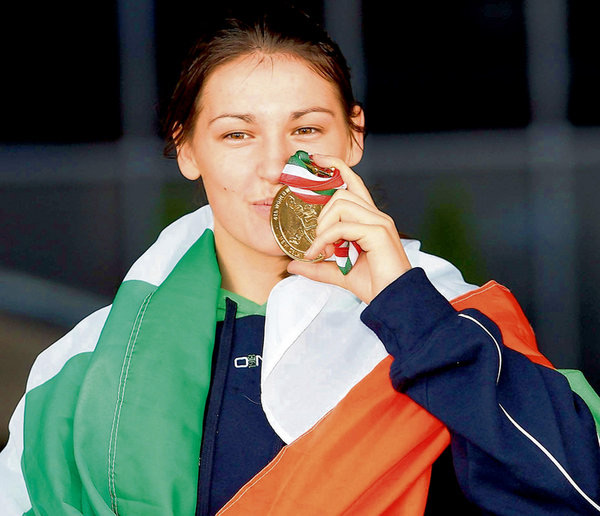 Males have dominated boxing just like most sports, and it seems females are not doing great, but that's not true. Boxing has some top female stars who have delivered legendary stats, exciting matches and can even go against some male boxers.

In the world of female boxing, some ladies stand out due to their number of wins, championship titles, the records they broke, the records they set, and the history made. Some of these great women are still boxing, and you might want to bet on them in your next online sports betting activity. Without wasting further time, we bring you some of the greatest female boxers of all time, highlighting some of their incredible achievements.

Greatest Female Boxers of All Time

We start with Katie Taylor because we can't mention great female boxers without her being on the list. The lightweight champion is a fan favourite, and deservedly so. Even though she made her official debut in 2016, Katie had already won a 2012 Olympic gold medal.

Her early career is filled with lots of wins and titles. For example, she has 6 European and 5 World Championship titles with over 170 wins. The Irish pro fighter has cemented her status as a legend, and we rightly recognize her as one of the greatest boxers of all time.

Amanda Serrano is not just among the greatest female boxers of all time; her name can be mentioned among the greats when mentioning both male and female top pro boxers.

This top pro boxer made her debut in 2009 and is a 7-weight world champion, having easily navigated the top and down weight classes. She has fought 46 times in her boxing career, won 43, lost 2, and drew 1. Interestingly, we had a 28-winning streak and 30 knockout wins, which shows her talent.

Claressa Shields is one of those boxers in both the male and female categories to say something and back it up easily. This lady has two Olympic gold medals, a middleweight champion, and a light-middleweight breakout which she achieved in just 12 fights.

Claressa is not only known for boxing skills and titles but also as a voice for women boxers. She has advocated for equal time and pay for female pro boxers with their male counterparts.

Cecilia Braekhus prides herself as one of the 10 boxers in the sport's history to win all four major titles simultaneously. The Norwegian professional boxer has many gold titles and has defended them about 25 times. She has won over fierce rivals like Ivana Habazin and Jessica Balogun.

Lucia Rijker is considered the world's most dangerous woman and a boxing and kickboxing champion. Lucia is a member of the International Women's and International Boxing Hall of Fame and has previously held the WIBO junior welterweight and WIBF welterweight boxing titles.

An interesting aspect of this talented boxer is that she has 14 wins through knockout alone, which helped her get the tag as the most dangerous woman on earth.

Many great female boxers have graced the sport, but we can't mention all of them. However, the ladies mentioned in this content are, in our opinion, the greatest female boxers of all time. Did we miss mentioning any of your favourites or someone you think should be on the list? Let's have your opinion below. Thanks for reading!