Yesterday Touchgloves Gym hosted their Judgement Day 2 Muay Thai event in Penzance, UK. We attended to oversee the two female headline bouts (and only female fights on the show), one of which was Lucy Payne's defence of her Awakening World Title. We're not sure the full results of the show are listed anywhere else so we'll post them at the bottom of the article. Overall the event had some fantastic fights, and at the end of the evening all four ladies stole the show! They did themselves proud and female fighters everywhere.

We filmed the event and are pleased to be able to bring you the full fight between Vicky Church and Lauren 'The Hatchet' Huxley. 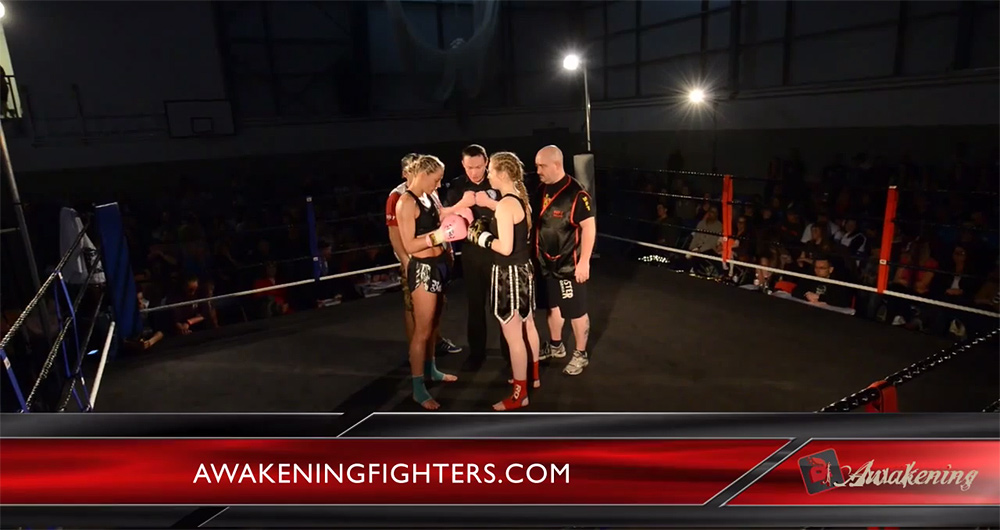 See below for the full fight video.