During the last half of 2013, female fighters around the world united to help raise money to fight breast cancer. Awakening worked closely with MZ & Emmers to organize the global Female Fighters Unite campaign. We're so pleased to now be able to announce the outcome. 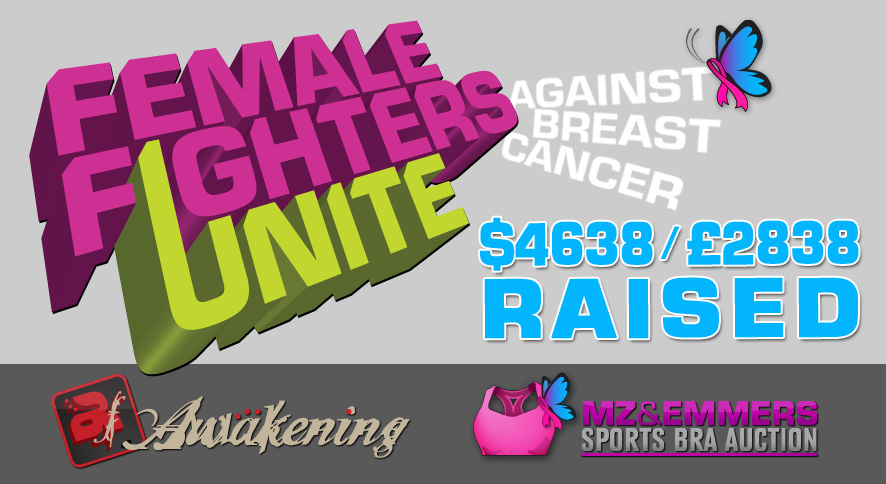 We want to say thank you to everyone that got involved, and also to those athletes that we spoke to that wanted to be involved but didn't for a variety of reasons - we will get to that in a moment. Of course a huge thank you to the bidders and winners of the auctions, and to those that helped spread the word about the campaign. We’re happy and feel it was a success - we raised a bunch of money and raised some awareness! 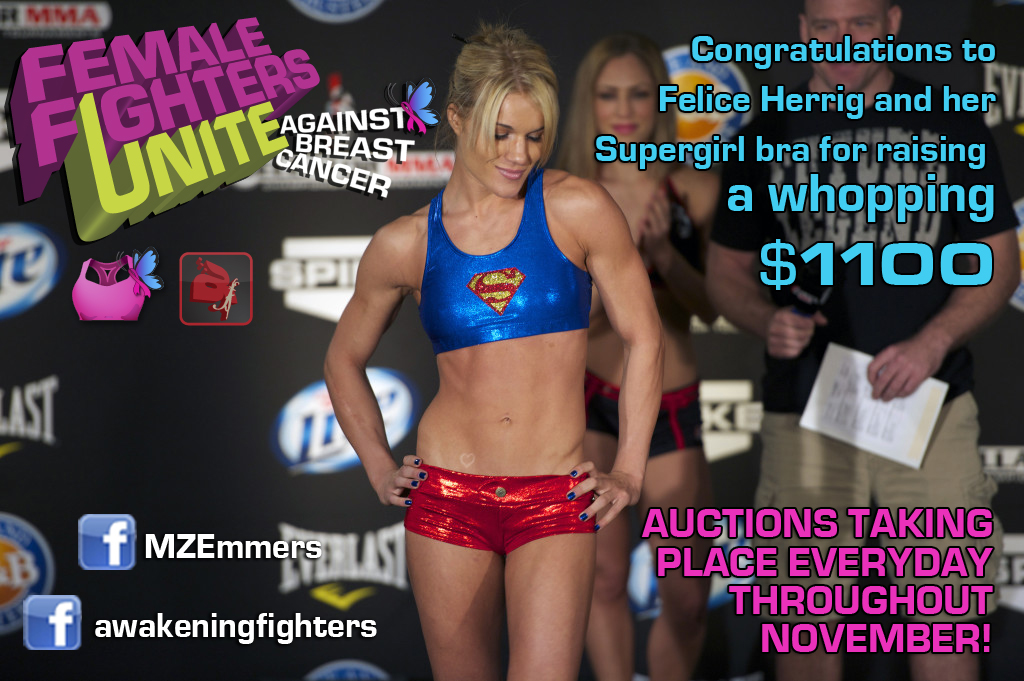 Awakening would also like to apologize to those few athletes who wished to be involved, but who’s messages were unfortunately missed amongst the sheer volume of mail we received. We hope there will be a “next time”.

Helping to organize this campaign was a lot of work! So we should all applaud MZ and Emmers who do this all year round in different entertainment industries. To date they have raised a grand total of $33,900… if you haven't already, go Like their Facebook page!

Thank you to those that donated items, we are so sorry if we have missed anyone…