A couple of weeks ago one of our amazing photographers, Kelly Smith reported to me by phone from Soft Play with her children…

"Hey, you might want to come down here for a coffee… I'm sat with Sheree Halliday" 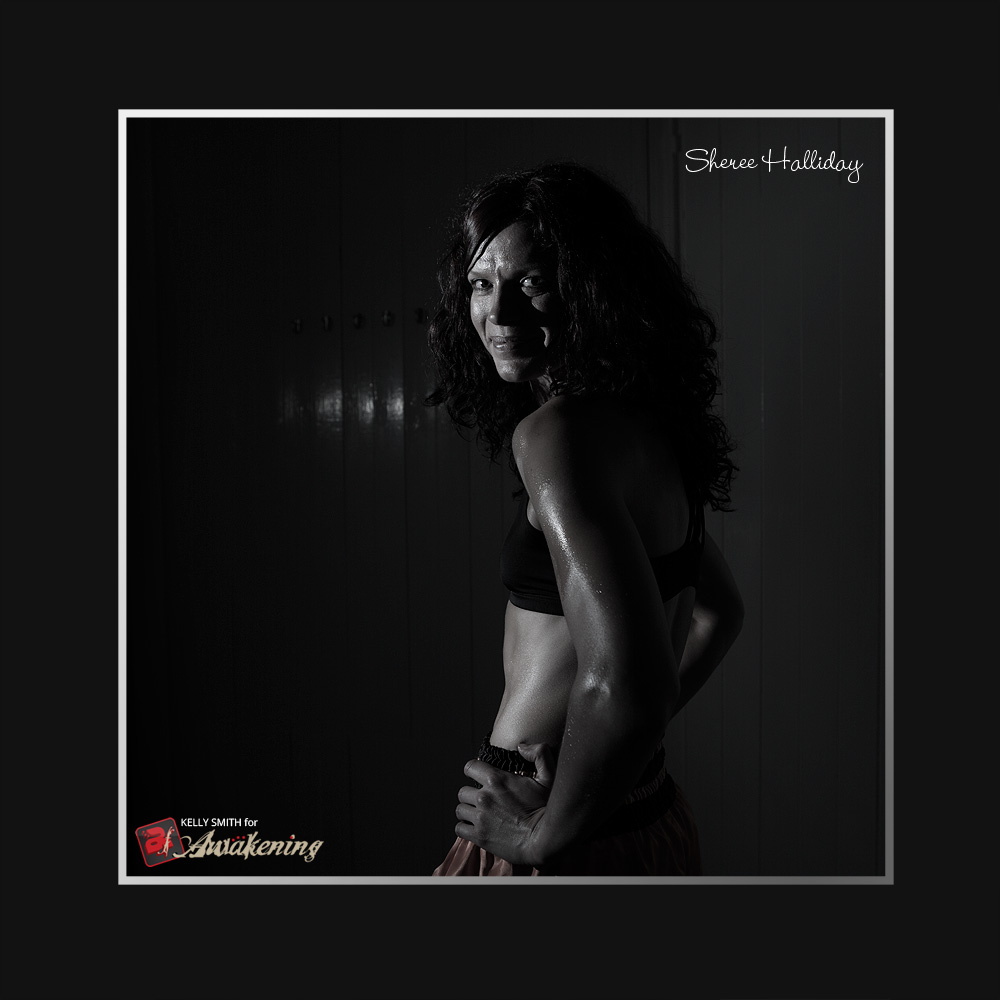 Sheree is a tall and extremely beautiful professional Muay Thai fighter with such accolades as: IKF European Champion, ISKA English Champion, WPKL British Champion and ISKA World Champion. At the time of writing her fight record is 20-8-1. We were surprised to find out that she lives in the same small town as two of the Awakening team. It would have been silly for us not to have started working with her. I snapped up the opportunity of this chance meeting and swiftly joined them for coffee. All three of us were pleasantly surprised to be sat chatting. Kelly admitted to us that for the last few weeks, every Thursday at Soft Play, she had been struck by this beautiful, graceful and toned woman across the other side of the hall. Each week this woman had looked more and more healthier and lean and eventually Kelly had decided to speak to her and find out her secret. Obviously (since you are reading this) the woman in question was Sheree Halliday, and she was in fight training. She actually had a fight coming up in a couple of weeks so we scheduled in a photo shoot for her for as soon as possible. I wish I could add humour to this post and state that Sheree thought Kelly was a stalker, but the truth is she hadn't even noticed Kelly ogling her more intently each week. 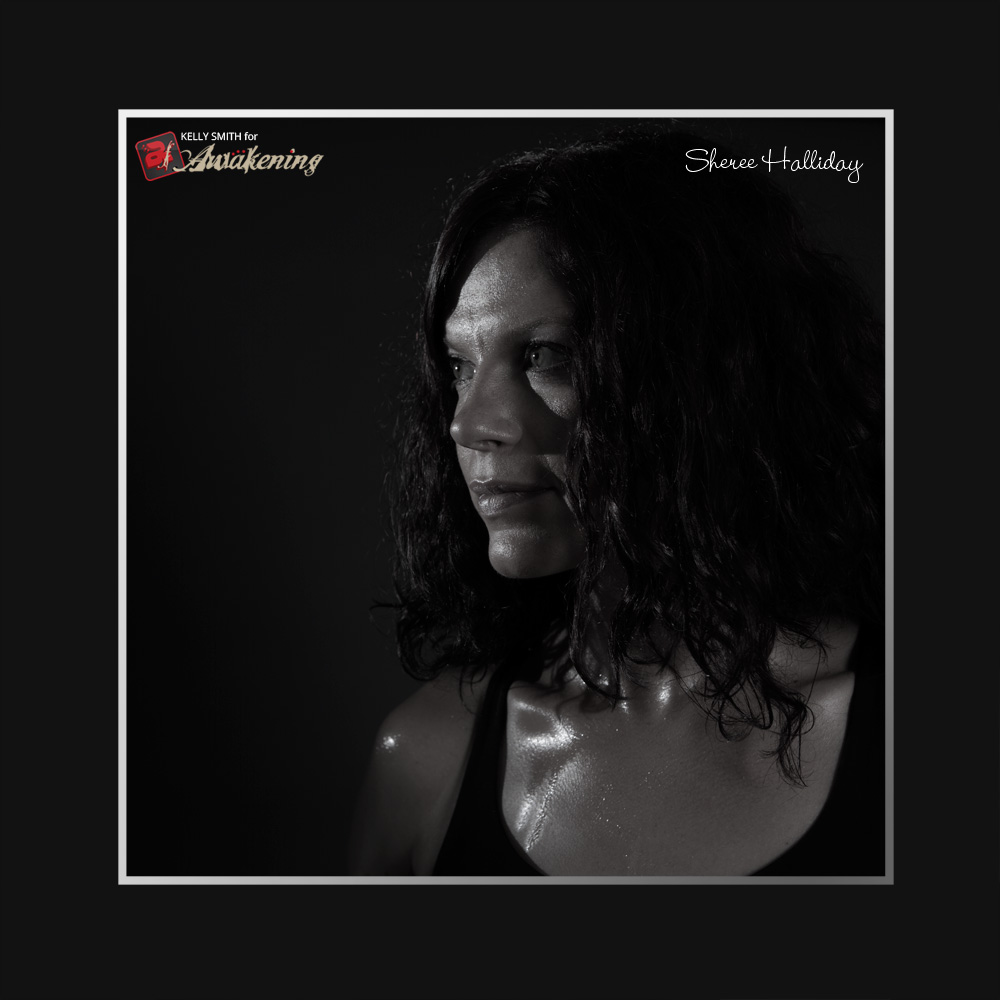 Fast forward to present day, and you can see the results of this photo shoot here. Sheree was a joy to work with, and it was all made that much easier by the fact that she had spent time in Kelly's company several times prior at Soft Play. We had started the shoot using one of our trusty studio backdrops. About twenty minutes into taking photographs we all agreed that we simply weren't "feeling it" - despite Sheree being obviously photogenic. The solution we decided was to make the most of the studio, lose the backdrop and just shoot against the bare walls - the studio we were using on this day was an old barn, so was fairly charming on its own. Pretty soon Kelly was in full swing and we think that the photographs came out wonderfully. We hope you agree!


Photography by Kelly Smith for Awakening