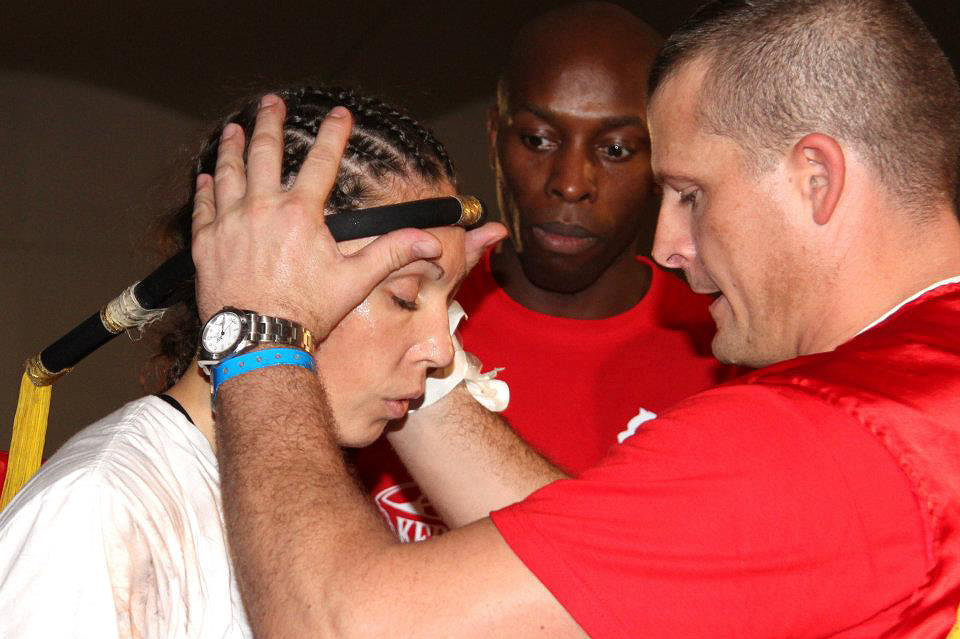 Originally from France, Annabelle Gely is a Muay Thai fighter living in London, England. She is a European Champion and has a record of 12 wins, 1 loss and 1 draw. We decided to catch up with her in the run up to her world title fight against Hatice Ozyurt on February 22nd at Battle Under the Tower in Holland.

Hi Annabelle, thank you so much for taking the time out to give us your thoughts on a few things - we really appreciate it!

“Thanks for the interview. I also wanted to take this opportunity to thank Awakening for the support in all female fighters… It's absolutely brilliant what you are doing for us... Thanks :-)”

Kind words, thank you… we’ll add that to our testimonials page!

You've taken this world title fight on short notice, as Sheree Halliday had to pull out due to injury. Can you tell us your thought process when agreeing to this… what is definitely the biggest fight of your career so far?

“When Sheree text me, a load of things went through my mind, a lot of emotions up and down. I'm training alongside most of the best UK fighters (Alexis Rufus, Sheree Halliday, Grace Spicer...) since little while, I thought to myself – here is my chance to go back in the ring :-)))) A fight is fight. I had few things in the pipe line waiting to be confirmed for later months... After talking to my coaches, we all agreed that I was up for the challenge... For me it's being able to do what I've missed the most: Thai boxing :-)”

and what do you know about your opponent, Hatice?

“Hatice is a strong and experience fighter… I've got a lot of respect for her as a fighter, she has fought in different disciplines.”

Considering that you have taken this fight on short notice, how does this affect how you prepare for your opponent?

“Train Hard Fight Easy… I've stepped in with my training. I always watch one fight of my opponent then I discuss it with my main coach and we agree a strategy... I'm training 200% to catch up ahahha lol” 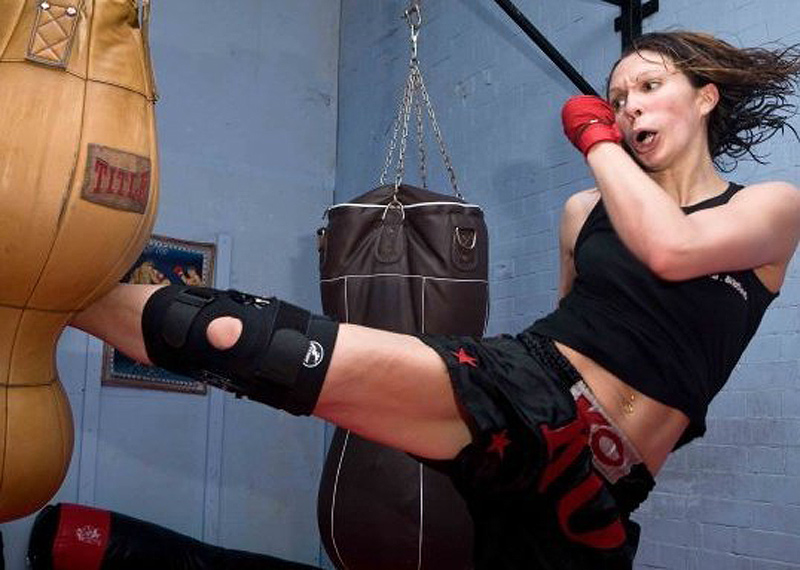 And do you have any predictions on how the think the fight is going to go down?

“The fight will last the distance probably. Fighting in another country and being on her show - I have to make it clear, I can't leave it to the judges score card :-)”

That’s a good outlook to have, many younger fighters compete in different countries and feel they have done enough, only to all to often fall prey to this unwritten rule with home judges. It’s natural, but it’s good to see that you have anticipated this.

Outside of this fight there is more to Annabelle than meets the eye isn't there! You're quite the inspirational lady. Now 36 years old, you didn't actually start Muay Thai until you were 29! What made you take up the sport?

“I was bored of going to the normal gym 🙂 A friend of mine suggested Thai boxing to me, I first laughed at the thought of me Thai boxing ahah, then I went and during my first session while I was dying on the mat, I LOVED it, never stop since...” 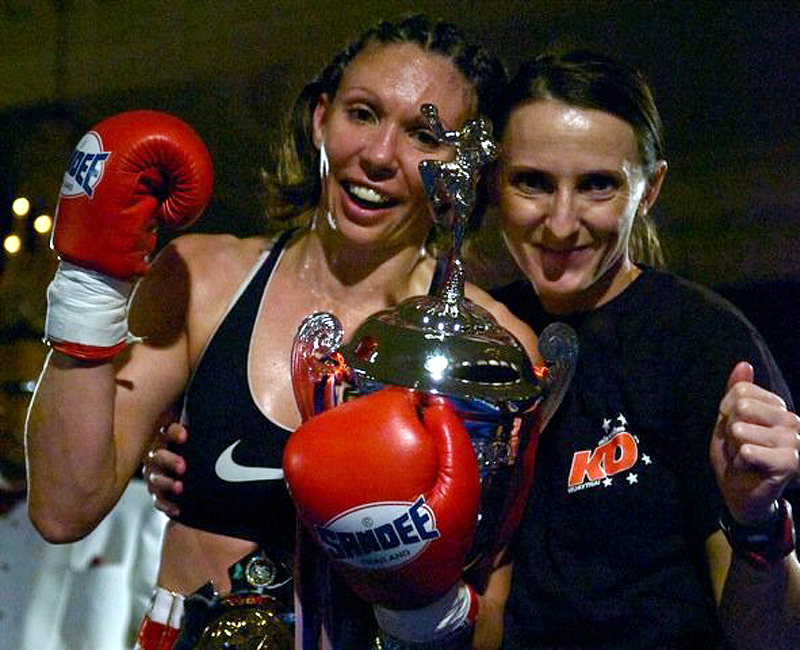 Are there any other fighters that inspire you?

You told us previously that you have a son. Is he old enough to know and understand what his mother does?... and if so, what does he think?

A future champion no doubt!

Looking back, what would you say is your proudest moment from your career?

“Winning the European title... Was lovely to have my family, friends and coaches around that day ... It was great to see happiness in people eyes... This fight was after my first loss so it meant a lot to have a big win....” 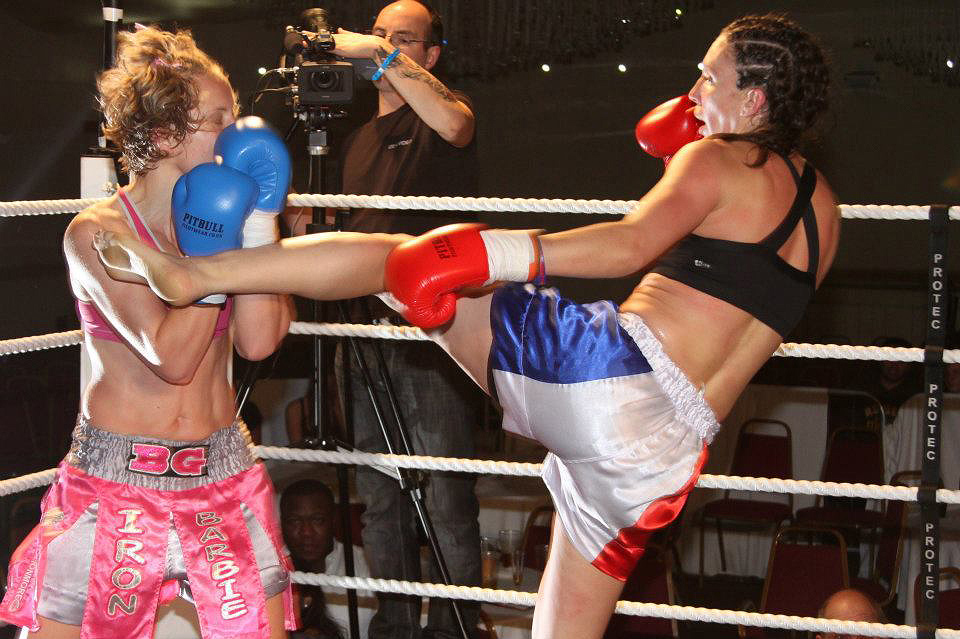 Are there any other fighters that you would like to fight? Perhaps you've had your mind set on someone in particular?

“ahahahah not really I will fight anyone ...I believe that any fight is good to take for experience... I hope I will have the opportunity to fight the best”

That is the perfect answer, we love that!

Have you had any thoughts on when you might retire yet, or are you still content on having more fights?

“Retire what??? Sorry do not understand that word I'm French :-)” 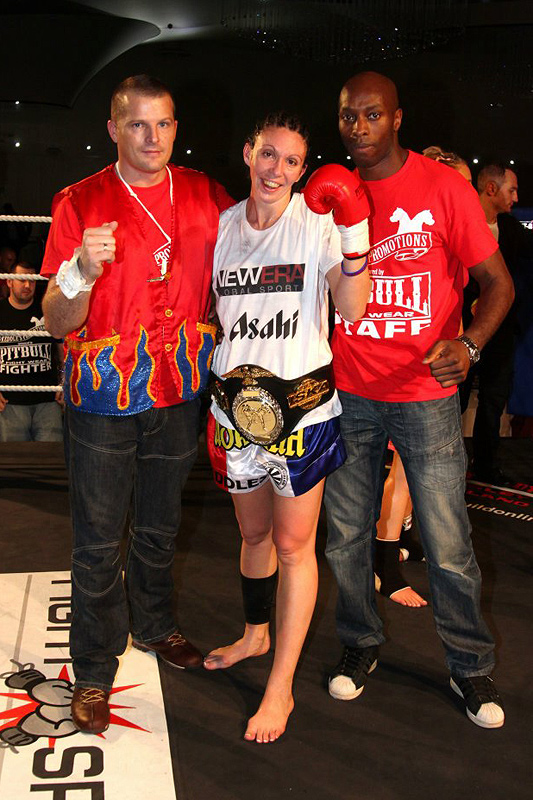 Before we wrap this up, do you have any shout outs or thank yous?

“Firstly a big thank you to Jude Samuel (my partner) for his help and support because without him, looking after our son and coping with me it will be mission impossible to be back in the ring...

Thank you to Alan Keddles and Keddles Gym for giving me opportunity.. .thanks to Sarvijt Sing, Rob Storey, Yod for my *Devils* training , thanks to the ladies for our Thursdays war session (Alexis Rufus, Sheree Halliday & Grace Spicer)... thanks to all my sparring partners & all I forgot to mention...

Thanks to my family for their long distance support!”