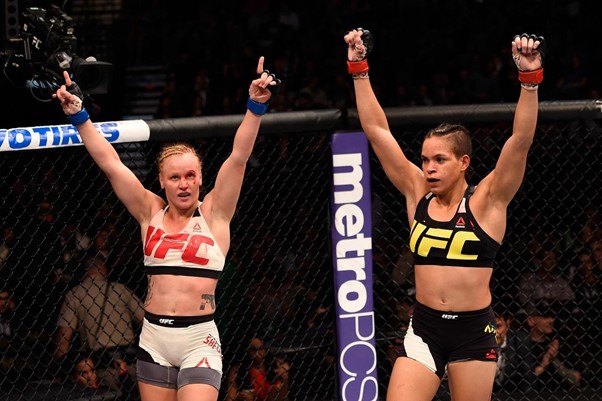 The UFC women’s flyweight, bantamweight, and featherweight divisions are owned by the two-division champion Amanda Nunes and the 125lb champion Valentina Shevchenko. The two have already crossed paths on two occasions, but with their dominance reigning far above the competition, a third contest between the two is inevitable, or at least needed!

LAS VEGAS – Amanda Nunes came out strong during the first meeting before both women holding UFC champions. A 3-round battle was on, and Valentina Shevchenko was nearly put out for a moment in time. The third-round narrative completely flipped as Nunes barely survived, but it was Nunes and her early work that earned a unanimous decision.

Nunes dominated the first two rounds, and perhaps a little too much effort was spent trying to finish the challenger. Shevchenko survived the ten-minute onslaught and took over from the third round opening bell. Nunes looked to be hanging on, with wobbly legs and deep breathing; she took a beating on the mat and the feet.

However, Nunes did survive, and her notable efforts during the first two rounds were enough to sway all three judges into awarding her the contest. 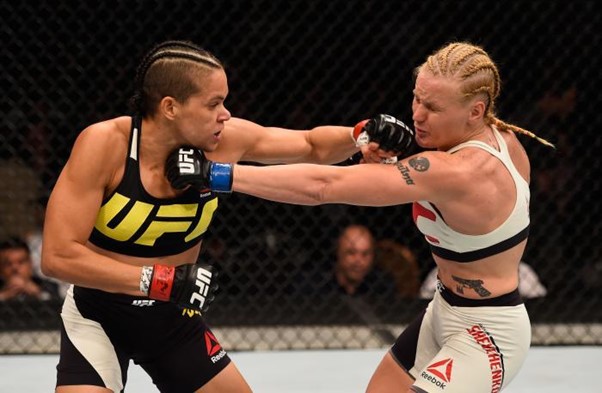 “I think my cardio might have lacked a bit because I have never been three rounds before.”, Nunes said post-fight. “I am ready to get my title shot. I’ve fought top-five opponents for a while now, but now it’s my time. Every day I am bringing in new training and technique, and I am very proud of myself for what I am accomplishing.”, she added.

Fans and critics alike believed that a five-round fight would’ve seen Shevchenko finish the Brazilian. Still, championship gold was on both women’s minds as Nunes and Shevchenko continued their paths throughout the bantamweight rankings.

The lingering emotion was that they’d undoubtedly cross paths again with valiant efforts from both fighters, and one and a ½ years later, they did.

The second contest was issued following a two-fight win streak for both women, but it was Amanda Nunes who’d captured the UFC bantamweight title when defeating Miesha Tate by a first-round rear-naked choke. One more legendary battle awaited Nunes, as her rising career was cemented when she knocked out Ronda Rousey in 48 seconds. It’s hard to envision a moment in time where the Vegas odds were gifting bettors Amanda Nunes as +150 underdog, as she’s now the most dominant female in UFC history.

When the Rousey victory lap had settled for Nunes, a focus on Valentina Shevchenko arose. The only fighter who’d given the newly crowned champion a run for her money, and in the meantime, Shevchenko had defeated Holly Holm and Juliana Pena to earn her opportunity at the championship

The post-Ronda Rousey era so desperately needed a reinvigoration, and the hype surrounding Nunes was perfect. Still, a highly critiqued rematch between Nunes and Shevchenko didn’t deliver what most had expected.

Unlike the first contest, a five-round fight and a championship were up for grabs, which could be the reason why both women showed hesitancy and lack of aggression at times. But once a unanimous decision verdict was announced in favour of Nunes, the MMA fans echoed their disapproval throughout Rogers Place in Edmonton, Alberta, Canada.

Whatever your opinion on the second contest is, it was an extremely close fight that could’ve ended in a draw or a raised hand for either lady. The war had ended, but the battle certainly wasn’t over. 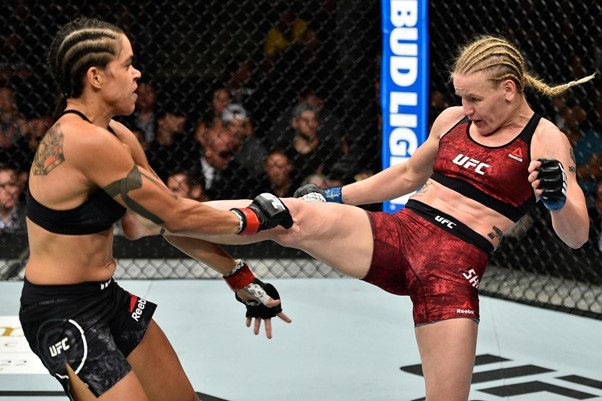 Shevchenko instantly dropped down to the flyweight division following her second defeat to Nunes; she has remained undefeated ever since. A 7-0 record and a flyweight championship have been nothing short of a dominant reign, defeating most of the opposition sat inside the top-ten rankings.

Much like her former nemesis Shevchenko, Nunes struggles for viable opponents who can match her elite skill set.

Both women are building two of the most recognisable legacies ever. President Dana White has expressed his opinion on the subject of a third fight, and he doesn’t seem interested

“When it’s time to happen, it’s going to be something big and huge – and I’ll be ready for it. I’m already for it – but I’ll be sure to gain some pounds back.”

If that statement doesn’t give you confidence that we’ll one day receive the trilogy, I don’t know what will.

As of now, both Shevchenko and Nunes are scheduled to defend their championships. Two fights where I can’t envision any other result than two retaining champions. But when we head into 2022, the competition is becoming extremely thin, and we should expect talks of Shevchenko vs Nunes III to begin.