An interview with Alexis Rufus: Part One
Next Fight: Christi Brereton / February 22nd 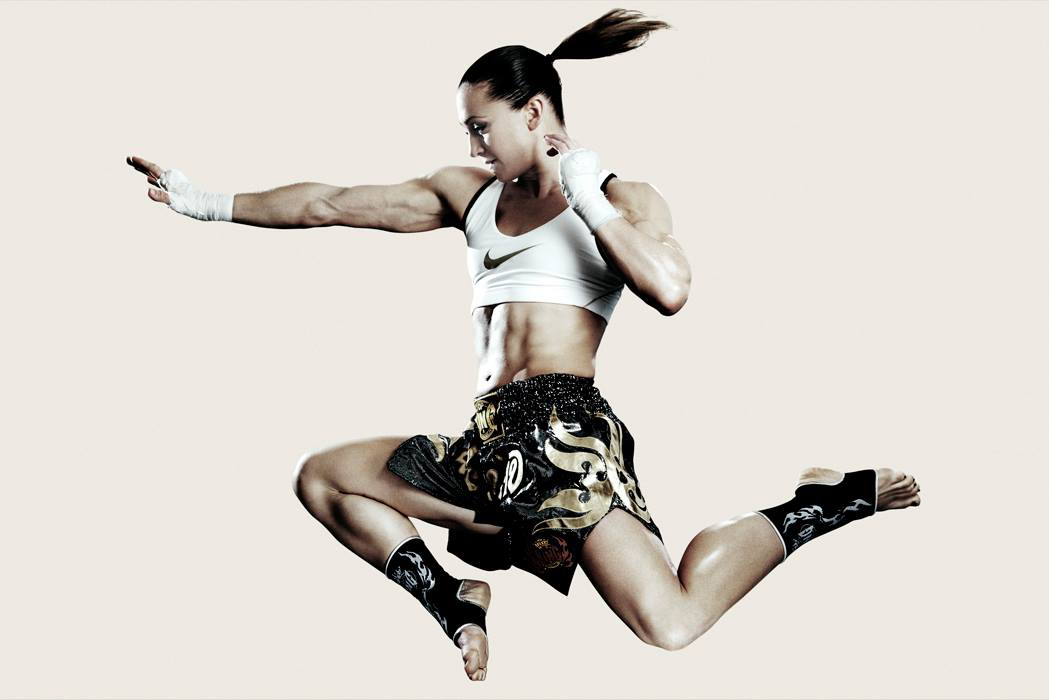 Alexis Rufus is an experienced Muay Thai fighter from London, England - fighting out of Stars Gym. She is also two times European Champion, and five times World Champion. As 2014 begins, it makes her ninth year as a female fighter with a record of 28-6-0 - and we are delighted to bring you this interview.

Hi Alexis, thanks for taking the time out to let us poke and prod you with questions about yourself and your career!

Let's start with a tough question for you so as we can get it out of the way. In the large scheme of things, 2013 was a bad year for you - with a TKO by Tiffany Van Soest, a decision win to Iman Barlow two months later, and then a nine month gap until you faced, and beat Tanya Merrett on points in December. In your opinion, what happened?... And can you sum up your year?

“Hi Rew. Firstly thanks for asking to interview me and taking such an interest in my career. Yes, 2013 was not one of my favourite years, but as I try to with everything, I have taken parts and channeled them into positives. I trained my heart out for the fight against Tiffany and in a way I think that may have been my downfall. I lost sight of what was actually at hand by getting so swamped by the training. Tiffany is a very smart fighter and she capitalized on my weakness. Her timing was excellent and as such it cost me the fight. Until then I am confident my clinch was winning the fight. After Vegas my confidence was low. It was the first time I had been stopped and I wasn't sure how to deal with it. There were problems with my team and although I was still training under Mati Parks, something was amiss and our relationship broke down. As a result I started to have doubts about myself, and my team, which is the worst state of mind any fighter can have when preparing for a fight. This is no way an excuse for my loss or taking anything away from Iman, she is a world class fighter, one of the best in my weight category. But I lacked self-belief and trust in my trainer and it showed in the ring. There were a lot of things against me for that fight, me coming off a big loss, Enfusion rules, being the underdog and of course the negativity on social media which was flying around. Not a great recipe for the biggest fight of my career!”

“So in summary, 2013 was a huge learning curve for me. I learnt a lot about loyalty, trust, listening to my inner voice and mental strength.” 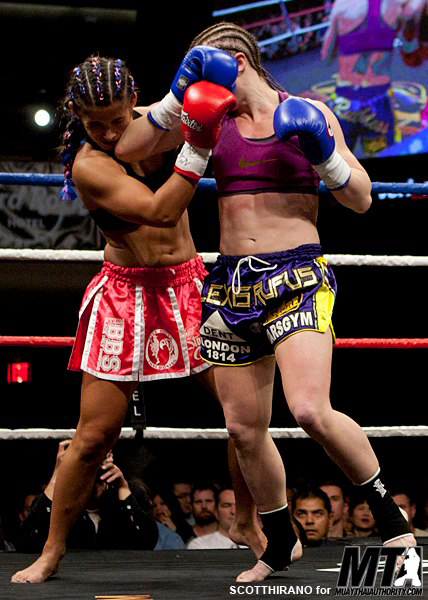 After you lost to Iman Barlow back at the end of March, there was some negativity on social media about the future of your career. Did this have some impact on you as a person, your training and perhaps is this part of the reason for your long gap in between fights?

“The negativity had started after Vegas. It shouldn't have affected me, but I let it. I have experienced negativity before but some of it was coming from people I knew and it was this, amongst other things that contributed towards my break from fighting. I had also been extremely active since about 2008, fighting a lot and achieving 5 World Titles. Life constantly evolves and never stays the same, so it was inevitable that this high would eventually take a drop. I basically decided to take some time out to concentrate on other areas of my life, see my friends, my family and take time out to look after myself a bit! I needed the break and in hindsight it was the best move I have made. As a result I have a new trainer and a fresh start to my training. I am much happier in myself too. This is the recipe for success!” 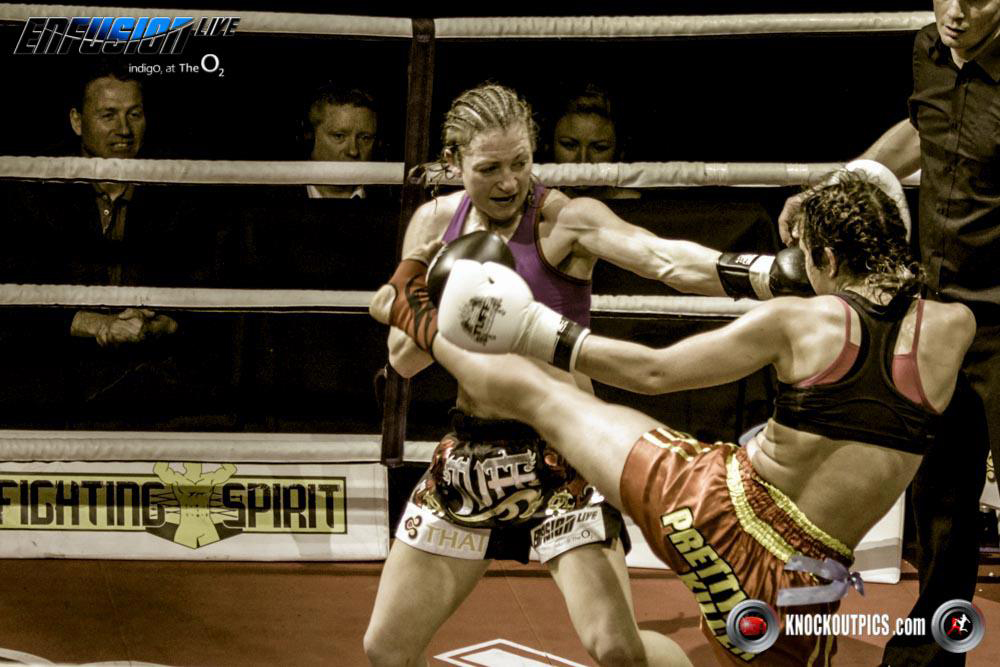 That’s so great to hear! Did you actually have any thoughts about retiring? ...Please say "no"!

“Yes, I have. In my 9 months away from the ring a lot of questions came up. I dealt with them all and decided I am not ready to stop. I still absolutely love what I do and love competing. Mati once said to me when I spoke to him about stopping fighting, he said "go home and sleep. When you wake up tell yourself you will never fight again. If you feel at peace with yourself when you say that then fine, I will let you go. But if you don't you're not ready to stop. You will know when the time is right". And he was right.”

That was definitely good advice, and we’re really glad to hear you’re positive and out of the mini slump! Everyone at Awakening considers you a credit to British Muay Thai, and female Muay Thai in general, so we felt that all of that social media negativity was uncalled for. Without trying to fall into a rant on your behalf, how could anyone question the future of your career after that epic fight with Iman? Yes unfortunately it goes down as a loss onto your record, but we believe that fight was one of the best, and indeed one of the closest female Muay Thai fights we've seen. How do you see that fight now time has passed? Are you proud of your performance - and do you agree with us that it was a historical fight?

“I wasn't able to watch that fight for a while afterwards but when I did I was actually surprised at how good it was! In my head I thought it was all Iman's fight, but having seen it I know it wasn't. I think we both had our moments in that fight, Iman was much more suited to the rules than I was. Which is one of the reasons my camp have been trying to get a rematch under Full Thai rules. Iman's camp won't even consider it, which frustrates us as I think with Iman's background from Thailand and my skills as a Full Thai Rules fighter it would make for a great rematch and might even things up. But the Enfusion fight certainly was a good one and I am glad that it can be seen as a historical fight and that people can watch and enjoy it.” 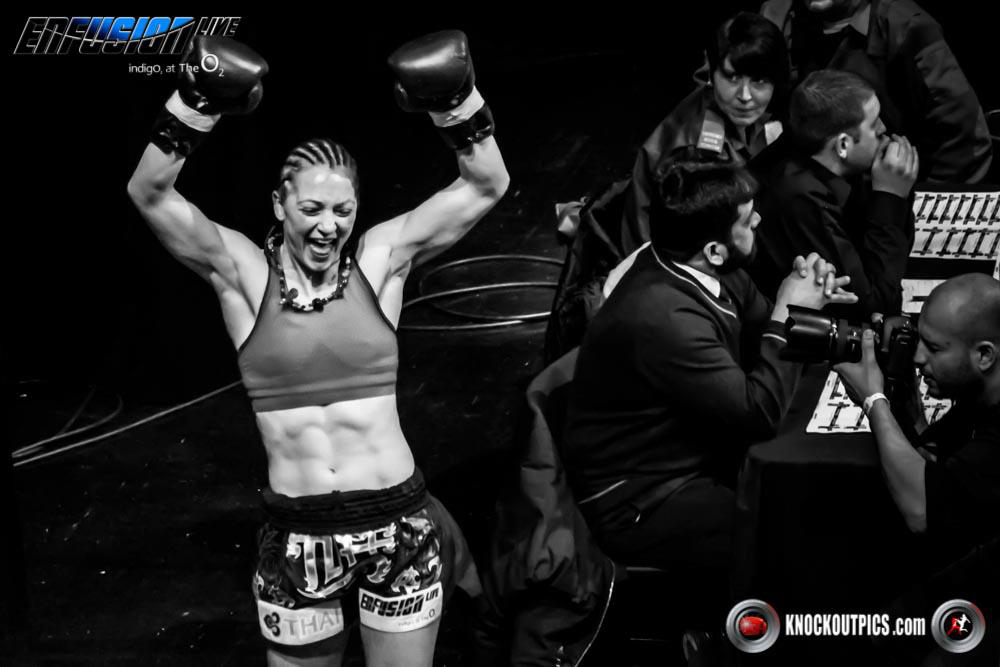 Yes that would be a great fight. We speak to Iman a lot, and neither her or her camp strike us as the types to turn down an suggestion like that… perhaps it has something to do with her Enfusion contract?

Anyway, let's talk about the most recent fight with Tanya Merrett, a win in which yet again you received a little uncalled for negativity on social media. For those that didn't see the fight, it was a clinch war in which you constantly closed Tanya down giving her no space. While this must have been frustrating for Tanya, and the audience, it must have been an important confidence boost to cap off a bad year. Are we right in thinking that your game plan was exactly that?

“Yes it was and I thank you for acknowledging that. I often receive criticism for my fighting style because I do tend to close my opponents down with clinch, which can be frustrating to the audience. I am not the most elegant and technical fighter to watch, but my strengths have won me fights and at the end of the day every fighter wants to win. Sometimes I can smother my work, I admit that, but clinch is a strong point of mine. This was our plan with Tanya, because from what we had seen of her she works well on the outside being able to strike. We wanted the win and I did what I needed to do to get that win! It was a fantastic way to end the year for me. Tanya is a lovely person and a great fighter. I do believe her time will come and she will achieve great things in her career.”

We’re sure that Tanya will appreciate you saying so, and we have to agree – Tanya’s heart is impressive and her time will come. 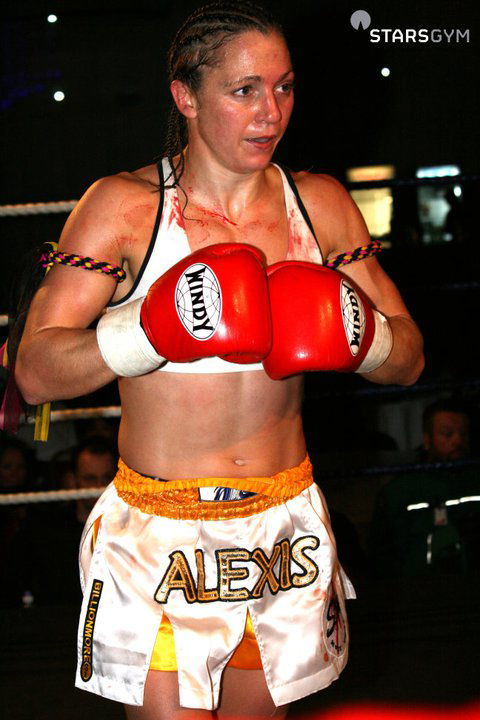 Thanks for going through the negative stuff with us, that's very honest and classy of you. So let's move on with the future!...

Come back tomorrow to read Part 2 of the Alexis Rufus interview. We ask her about her upcoming Christi Brereton fight, who inspires her, MMA and more.