Who is this mystery girl that the UFC have signed? We’ve found out for you. 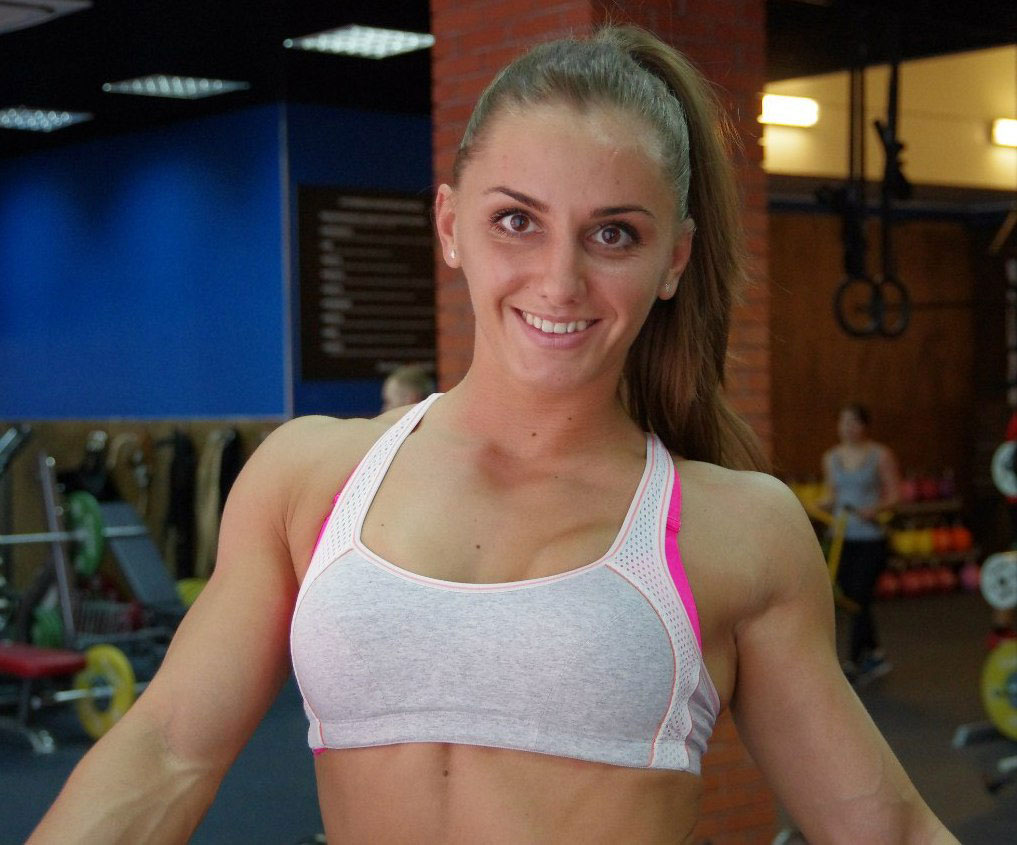 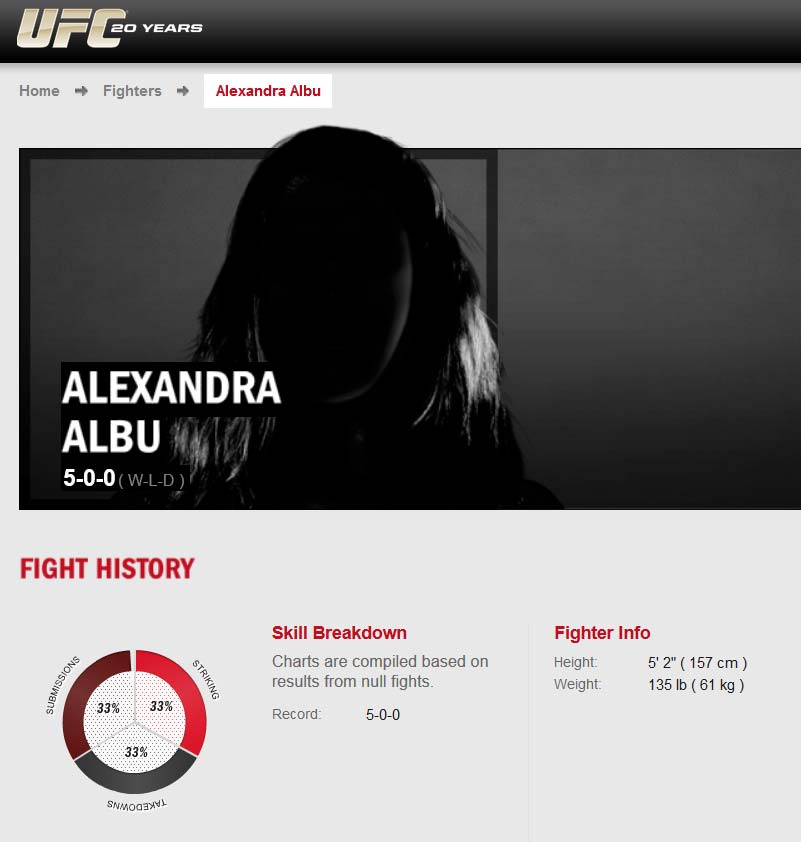 We thought it was worth doing some digging, and contacting a few of our sources to find out exactly who the enigmatic female fighter Aleksandra Albu is. We know that the UFC claim to not sign unproven fighters, and rightly so. Strangely, Dana White claimed recently that Holly Holm was "unproven", and there for a financial risk to the massive organisation. So how does the UFC define the term "unproven"? Perhaps to help us answer this we should take a quick look at Holly Holm.

To start with, Holly is currently ranked 6th on the Awakening list of most inspirational female martial artists of all time. We have also awarded her the AOCA / Awakening Outstanding Contribution Award - of which there have only been fourteen awarded. So instantly we can see that there is something special about Holly. Out of the 50 fights we have listed on her Awakening profile, she has only lost 2 of them. Best known for her Boxing record of 31-2-3, Holly made the transition into MMA in 2011. Her current MMA record is 5-0 with 4 TKOS and 1 KO. So what does a fighter have to do to prove themselves to Dana White? We are being facetious here of course in this UFC bashing. The Holly Holm / UFC deal didn’t happen because Holly's camp asked for more money than the UFC wanted to pay. 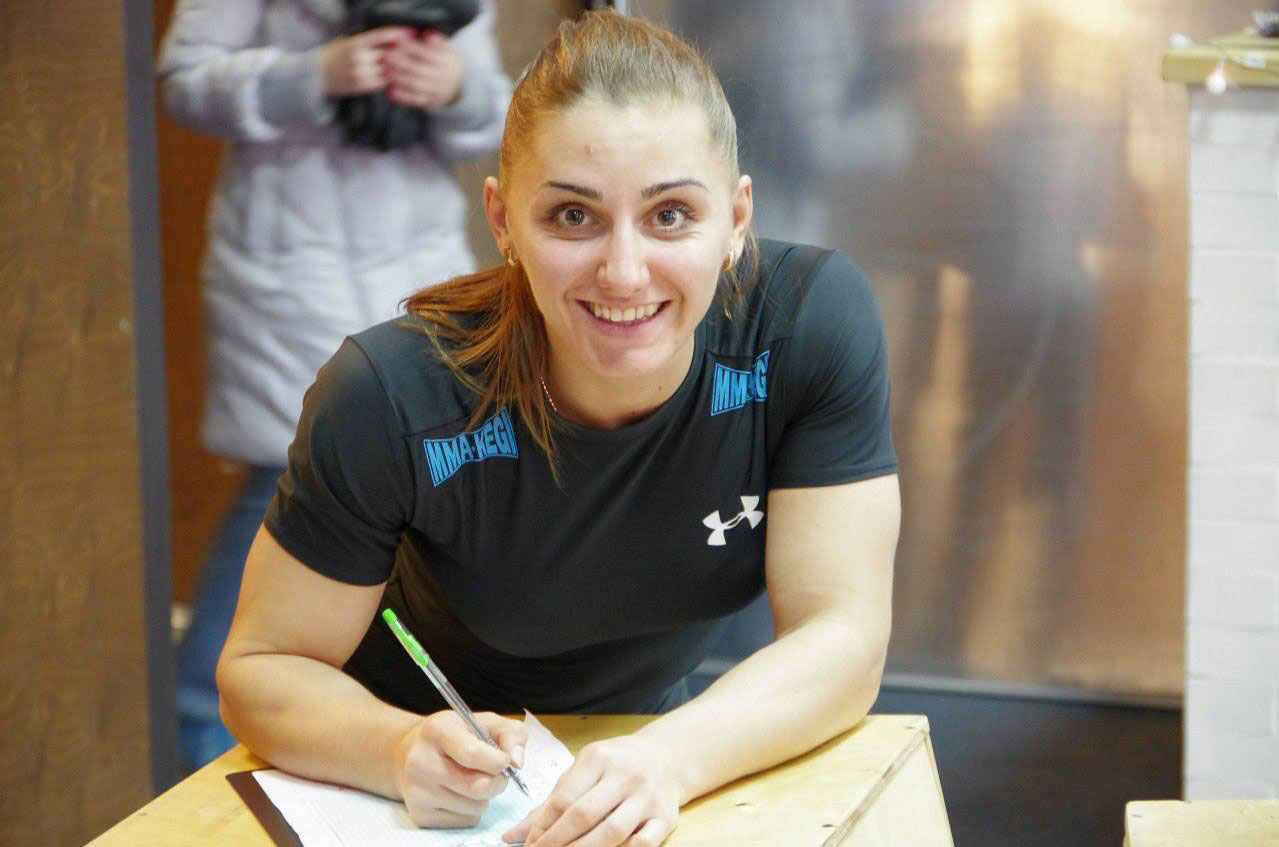 So if Dana White is turning away fighters of Holly's calibre, then this mystery girl Aleksandra Albu must be pretty special? Well, it turns out that she is! However, there is one question mark over her fight record, or we should say, the UFC's promoting of it - but we will get to that in a moment. 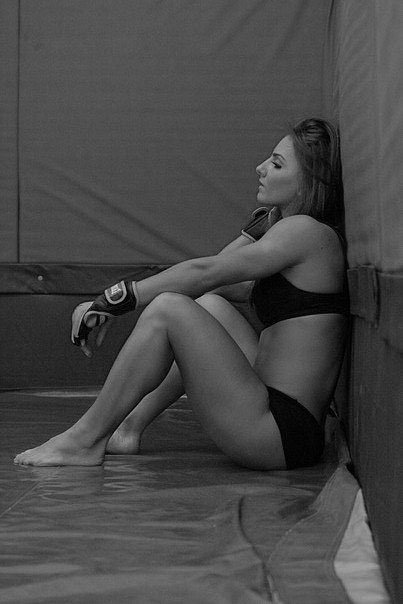 Aleksandra, or Alexandra, if you are using the anglicized form, is a 23 year old athlete fighting out of Moscow. She was born and raised in Vulkaneshty, Moldova, making her the first Moldovan to fight in the famous Octagon. 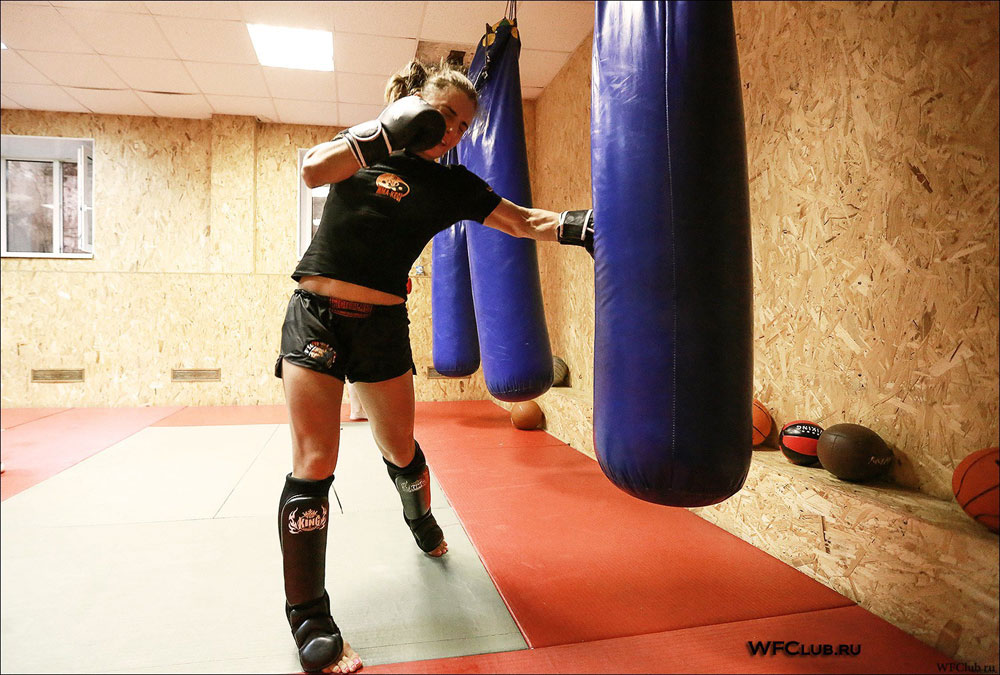 Growing up, she studied Karate at Goshin Jutsu Karate Kadzani-Rtu, earning her Black Belt and multiple Moldovan and Ukrainian championship titles. It was after high school that she moved to Russia to study at the Russian State Academy of Intellectual Property. Since being in Russia she was won the IJKA Russian Karate Championship twice, and is said to have also won multiple Russian Grappling and MMA tournaments. She is best known however, as one of the nation’s strongest CrossFit stars, and she has also won the Moscow Powerlifting Cup. 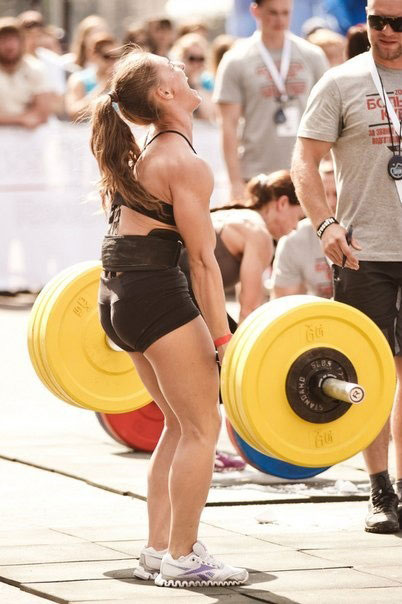 We hinted earlier that there is somewhat of a question mark over her fight record. The UFC claim that she is 5-0-0 in MMA, whilst other sites like Sherdog and Tapology list her as 1-0-0. Why is this? The simple answer is that four of these five fights are unable to be confirmed. We are not saying that these fights didn't take place, however they supposedly happened whilst in Thailand where MMA competition is banned (incidentally, MMA training is allowed). So therefor if these fights took place, it is unlikely that the Thai Sports Ministry will confirm they happened.

Some additional trivia: Her fight name 'Stitch' comes from the Disney character, she also plays piano and her favourite fighter is Cristiane ‘Cyborg’ Justino. Her first octagon appearance was supposed to be against Julie Kedzie, but unfortunately she had to pull out due to injury. 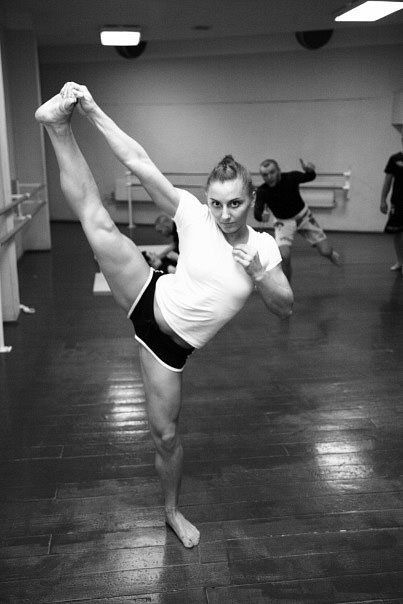 After finding all this out about her, we're really excited to see how her strength and Karate background translate into the Octagon!